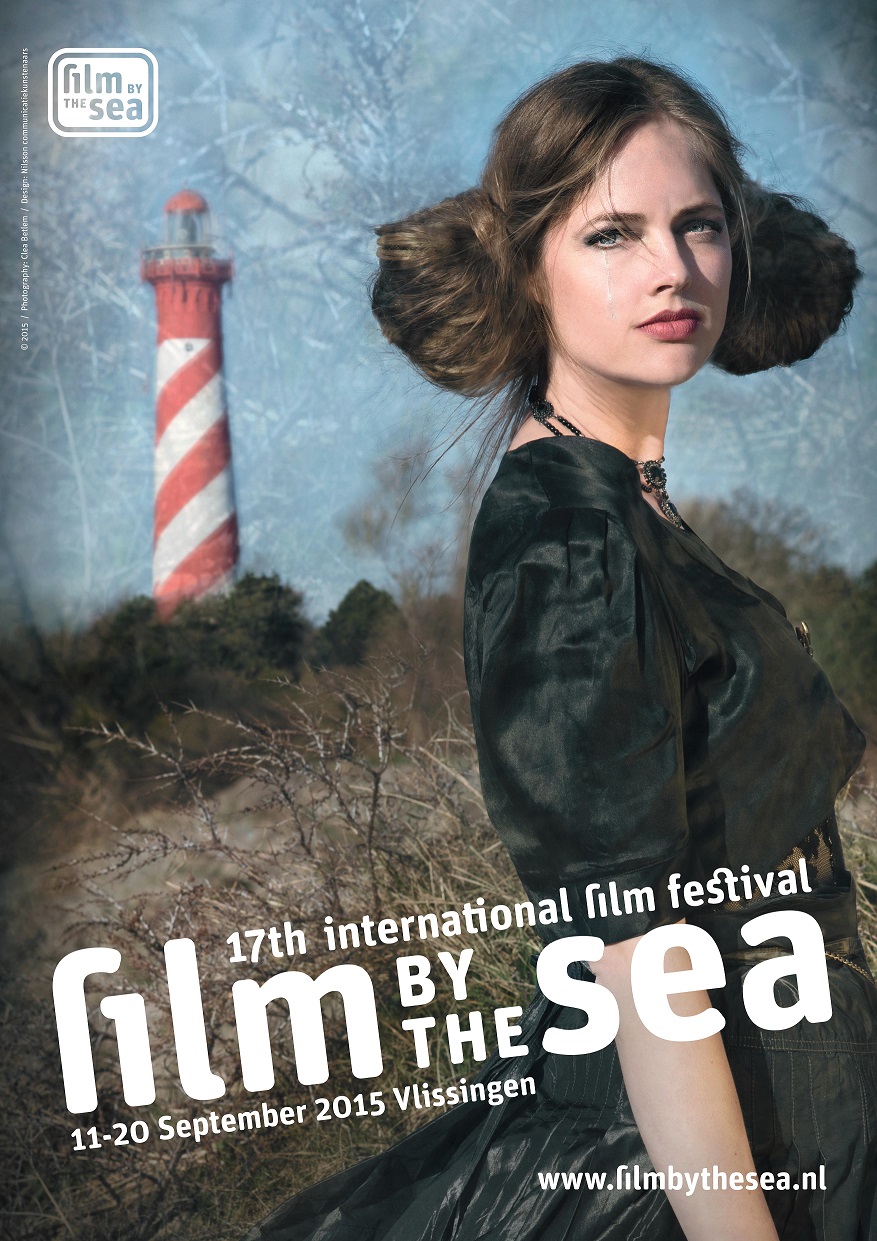 Eight films, five days and not one, but two award ceremonies later, my time as an International Student Jury member has come to an end. I have met people from all over Europe, from Lithuania to Germany, and I have watched films from all over the world, from Costa Rica to Turkey in the West and from Russia to Iran in the East. All these different experiences now come together into one, final diary about my time at Film By The Sea 2015!

What is the Film by the Sea you ask? Once every year, Zeeland’s capital becomes the City of Film. Actors, film-makers, journalists, students and above all, film-fanatics, gather at the Cine City in Vlissingen for the international film festival called Film By The Sea. Previous years, I was just a film-fanatic at Film By The Sea, but this year, I experienced the festival from an entirely different perspective as a blogger, a writer for Tabula Rasa and a member of the International Student Jury 2015.

On Friday 11th of September, the official opening gala of Film By The Sea took place. Celebrities, special guests, UCR’s very own dean Barbara Oomen in a sparkly golden dress, and students walked the red carpet into the cinema. Here, we were welcomed by a glass of bubbly prosecco and a speech by the mayor of Vlissingen, as well as the head organizer of the film festival, Leo Hannewijk.

After we toasted to the official opening of the 17th edition of Film By The Sea, we were guided towards one of the seven cinema halls, where “A Royal Night Out” was screened. 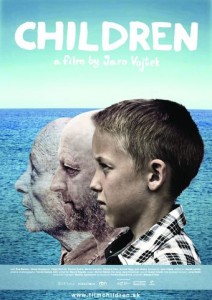 We gathered at the cinema very early in the morning, but ready for a full day of watching, reviewing and, above all, enjoying films from all over the world. But before the screening could begin, we participated in a workshop by Gerlinda Heywegen. Here, we learned how to look at films in order to analyze them and discuss them with our fellow jury members afterwards.

The first film we watched as part of the International Student Jury was “Children”, a Slovenian film by famous documentary maker Jaro Vojtek. The film follows four completely different stories, which do not seem to be related at first, but upon looking closer, there are ties and similarities that cut through the screen. Although the film was very impressive and beautiful in its own way, it is not a film that I would have chosen myself.

Following the example of the first day’s schedule, we met up at the cinema around 11:30, where we gathered for a second workshop, again by Gerlinda Heywegen. The subject of this workshop was “forbidden love”, as was the theme of this year’s festival. We discussed famous examples, from Leonardo DiCaprio in Baz Luhrmann’s “Romeo + Juliet” to Audrey Hepburn in “Roman Holiday”. 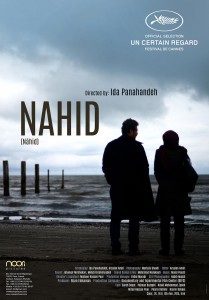 The first film of the second day was quite a disappointment. I did not know what to expect, but I did not anticipate complete and utter boredom. “Nahid” could not grab me, somehow. We learned that Nahid struggled to take care of her son and of herself, and she made some stupid decisions along the way in an attempt to solve her problems. At a point, Nahid’s stupid decision making skills really started to annoy me and I wanted to shout at the screen: “Woman! Stop what you’re doing!”.

In contrary to “Nahid”, I did enjoy “Mar”, an Argentinian film about Martin, who goes on a holiday with his girlfriend. Their relationship is slowly but steadily dying, and when Martin’s problematic, and slightly alcoholic, mother arrives, tension rises between the two former lovers. What I really liked about “Mar”, were the images. They had a very contemporary feel, because they were shot from very unusual angles. Despite this, the images were still beautiful – in a way one would photograph and post on Instagram, for example.

On the third day, I completely fell in love with “Viaje”, a Costa Rican film about love. Completely shot in black and white, “Viaje” gives its audience an honest and intimate glimpse of two people falling in love. From the moment Luciana and Pedro meet at a costume party (he is wearing a glorious bear onesie, with tail and ears), there is a spark between them. A spark that will take them on a camping trip in the woods, where they run through the wild and exotic landscapes and discover each other in the purest and truthful way. 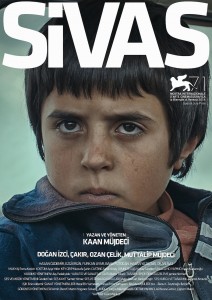 As much as I liked “Viaje”, I really disliked “Sivas”. Actually, “disliked” is not the right word – watching “Sivas” disgusted me and made me sick to my stomach. The film follows a little boy, Aslan, who tries to train a fighting dog to impress a girl at school. Dog fights are the main source of amusement in his village and people come from miles away to watch the animals slaughter each other. To see how the two animals attacked each other, colliding like two stones thrown together with an unearthly strength, how they bit each other until their furs where painted red, was sickening. 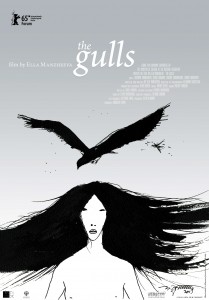 The first film of the evening was “The Gulls”, a terrible beauty. The film follows the story of a tiny fisherman’s village in Russia, and how it is controlled by the icy and the unstoppable winter. We follow the personal story of Elza, one of the fisherman’s wives, who struggles with her marriage as well as the disappearance of her husband. I really enjoyed “The Gulls”, because it is a film that haunts its audience. It stays with you, because of the beautiful yet terrifying imagery and touching story. A truly terrible beauty.

The second film of the day was a film we have all seen before, but never quite like this. The story of a rebellious teenage mother fighting for custody over her child, has been filmed at least a thousand times before. But “The Wednesday Child” is different. You cannot take your eyes off the screen, once you have laid eyes on the main character of the film, Maja, a beautiful young girl trying to get a chance at a better life. She gets it, but the complications might be far more severe… 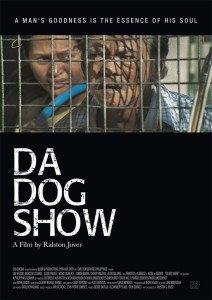 I cannot say I really liked “Da Dog Show”. The film follows the story of Sergio and his two children, who live in a cemetery in Manila. They perform dog shows to support themselves, and want to get Eddie Boy, Sergio’s youngest child, back, but this might lead to even more issues… Somehow, “Da Dog Show” never managed to grab my attention – perhaps because I could not relate to the main characters, or because there were too many questions unanswered, or because there was not really a point to the film. There was no character development, no goal that was reached or not, no hidden message behind the story – nothing. This bothered me, because I simply was not interested.

After watching “Da Dog Show”, the International Student Jury gathered for the ultimate discussion: the top 3 of our favorite films and, of course, the ultimate winner of our award. After a heated discussion (I have to admit, my inner Harvey Specter kind of took over), we as a group decided on the following top 3:

On Thursday September 17, both the Youth Jury and the International Student Jury distributed their prizes during a special Award Ceremony. Here, we as an International Student Jury, introduced ourselves as a reviewing collective in front of the cinema screen, facing the entire audience. We introduced our chosen top 3 films, starting with “The Wednesday Child”, following “The Gulls” and finally, I was the one that got to present our winner, “Viaje”. 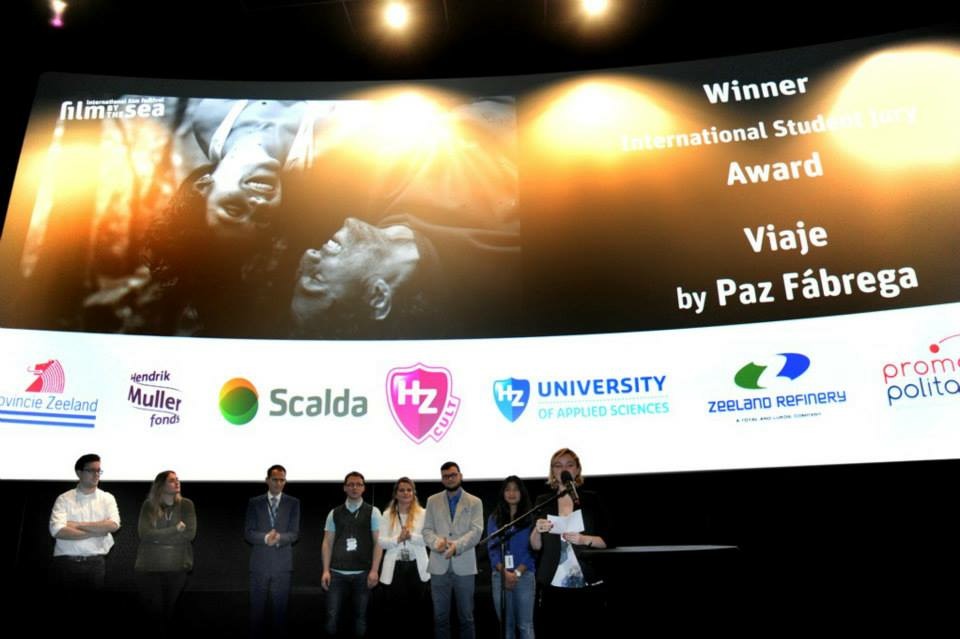 The next day, on Saturday, the official Award Ceremony took place, where the most important prizes of the festival were distributed. Again, the Youth Jury and the International Student Jury presented the winners their awards, and this time I was the only one to speak in front of the entire audience, because I had to present the winner of our award. With my heart pounding in my chest, I stepped into the bright lights and spoke into the same microphone, the very same microphone Jan Mulder and Adriaan van Dis (two Dutch authors and presenters of awards) would speak into. 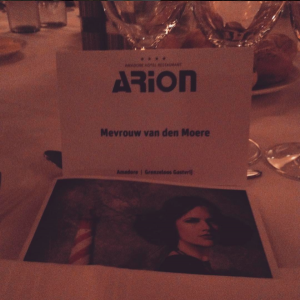 After the Award Ceremony, we were invited to the final dinner at Hotel Arion in Vlissingen. Fancier than fancy, we sat down at a perfectly set table, with our name cards on there, and enjoyed a fabulous dinner with Zeeuwse specialties, such as mussels, babbelaars and zeekraal.

And so the end for me as an International Student Jury arrived. A lot has been learned, a lot of new people have been met and a lot of new memories have been made – an experience to never be forgotten!

Eden van der Moere, class of 2017, is a Literature and Theatre & Media Studies major from Goes, The Netherlands.

One thought on “Diary of an International Student Jury Member”

Do you have any questions about Tabula RASA? Please feel free to send us an email: [email protected].nl
Black Lives Matter