Van Dixhoorn, his position at UCR and the EU-Referendum revisited

Columns Letters to the Editor 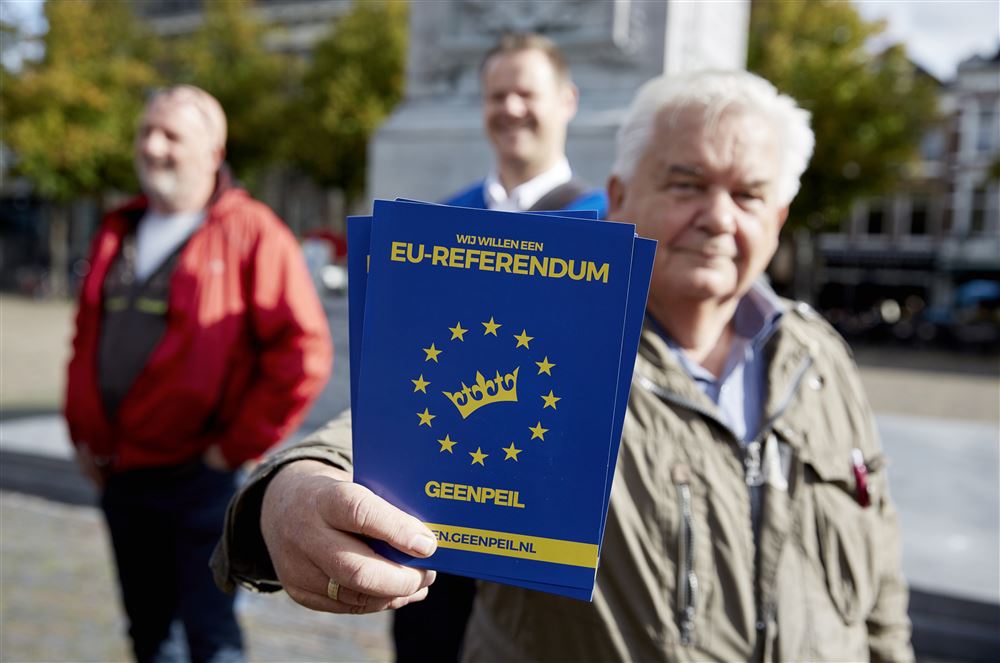 Europe is experiencing a firm and growing anti-EU movement. The optimism about the Eurozone and the European Union turned sour quickly after the Great Recession of 2008. The European Union is plagued with concerns of legitimacy of power and of its capacity to function efficiently. With the UK debating the “Brexit” (Britain exiting the European Union), many other countries have also been encouraged to re-evaluate their membership in the EU. The nationalist anti-EU movements are however spuriously inflicted with xenophobia and racial hatred and are often held in disregard of fact and reality.

This brings us to last month. On April 6 a national referendum was held in the Netherlands with regard to the approval of the association agreement between the European Union and Ukraine. The electorate overwhelmingly voted against (61.1% or just over 2.5 million people). Interestingly, the citizen’s committee who organized the initial collection of signatures required (300,000 signatures) for a national referendum was absolutely not interested in Ukraine or in the association agreement. In an interview with the NRC committee chair, Arjan van Dixhoorn explained, “A ‘Nexit’ [Netherlands exiting the EU] is up until now not possible. Which is why we utilise every possibility to strain the relationship between the Netherlands and the EU.” The Ukraine referendum was not about Ukraine or about the association agreement, which according to, for example, lawyer Gerard Spong, as mentioned in television talk show Pauw, means the referendum was held under false pretence (and is therefore invalid)

Campaigning the “no” was largely left to GeenPeil, an organisational offspring of the Dutch news website GeenStijl, who, in their own words ‘lack nuance’ and are ‘unnecessarily rude’. GeenPeil circumvented the financial regulation on the budget the Dutch government reserved for campaigning by applying 40 times as individuals rather than once as an organisation. According to the Erasmus Journalisten, instead of 50,000 Euros, GeenPeil suddenly had 150,000 Euros at their disposal.

This self-proclaimed lack of nuance was noticeable in the debate surrounding the referendum. Misinformation about what exactly constitutes an association agreement and what the document actually contains was widespread, and was used to an advantage by the “no” campaigners. Any clarification attempts were quickly labelled as leftist and pro-European propaganda and subsequently swept aside.

The tone in which the debate was held was often smug, mostly polarising and much of the argumentation was a thin veil for a larger bloc of frustration, the cause of which was found to be the EU. In fact, the narrative the “no” campaigners put forth consisted of an alternative view of European history. Arjan van Dixhoorn does not believe the Crimean annexation took place, citing the fictitious referendum statistics from Crimea’s status referendum in 2014 in his support without considering the unrealistically high turnout of that election (which happened to be 123% in Sevastopol, Crimea’s largest city according to Forbes). Thierry Baudet, member of the Forum for Democracy and also heavily involved in the “no” campaign mentioned to the newspaper Trouw before the referendum that he wants to rewrite the history books, stating that the strife towards European unity led to the Second World War. Baudet casually disregards the complexities behind Hitler’s rise to power and his subsequent conquering of most of West-European mainland, as they are unfit for his anti-European narrative.

The entire ordeal left me exasperated. After all, I am a social scientist and an academic. I believe that the best practices of academia should not be contained within its sphere. The practice of rooting argument in empirical fact, of careful posited argumentation, and of free discourse, allows us scientists to put forward more reliable and accurate statements about (social) reality and its workings. If anything, the philosophy of UCR emphasises that these practices can change the world if one is not constrained by ideology. I believe anyone working in academia should not limit these practices to their work but instead carry them over to other walks of life, such as the political. Science in itself is a devotion to (a) truth, to knowledge gained through cautious examination and with rigorous method. A scientist is not defined by opinion but by how and for what reasons that opinion is held. This is not a matter of political correctness but rather of scientific method.

Imagine my surprise when I discovered that Arjan van Dixhoorn teaches history at my alma mater. The chair of the citizen’s committee who practically invented an alternative European history, who indifferently disregards the line between fact and fiction, who preaches the nationalist gospel of the imperialist European Union taking away Dutch sovereignty, works at an international Liberal Arts & Sciences college that has banned the national language of its host country from its campus in order to maintain the international atmosphere it strives to have. How Mr. van Dixhoorn justifies this cognitive dissonance to himself is a mere curiosity for me. More importantly, I have been asking myself, and I am asking you, why is he there in the first place?

What I was taught at UCR is that it does not only matter what you do as an academic. It matters who you are. What I learnt at UCR was not how to do a job. Instead, I acquired the skills to critically but constructively view the world. That is what academia’s best practices can do to a person. Unsurprisingly, the academic world often falls short of its own best standards. Not all argumentation is based in empiricism and not all discourse is always open and free. However, we export the best, and those of us active in the political realm should always try and live up to the best (social) science has to offer the world. UCR in particular believes in global citizenship and through much of its curriculum it criticises what sociologist Zygmunt Bauman has called ‘local solutions to global problems’.

Unfortunately, nothing about the referendum or the efforts of its citizen’s committee has lived up to academia’s best practices, and little does it emulate UCR’s vision. Not the debate, nor its tone, not even the intention of the referendum. Instead we witnessed a populist mud fight that is shameful for serious politics and unworthy of serious academia.

We should take a stand against this.

Gideon Sinke is a UCR Alumnus Class of 2012. He is a sociologist and currently lives in Rotterdam.