An Hour or Two for Raymond Carver 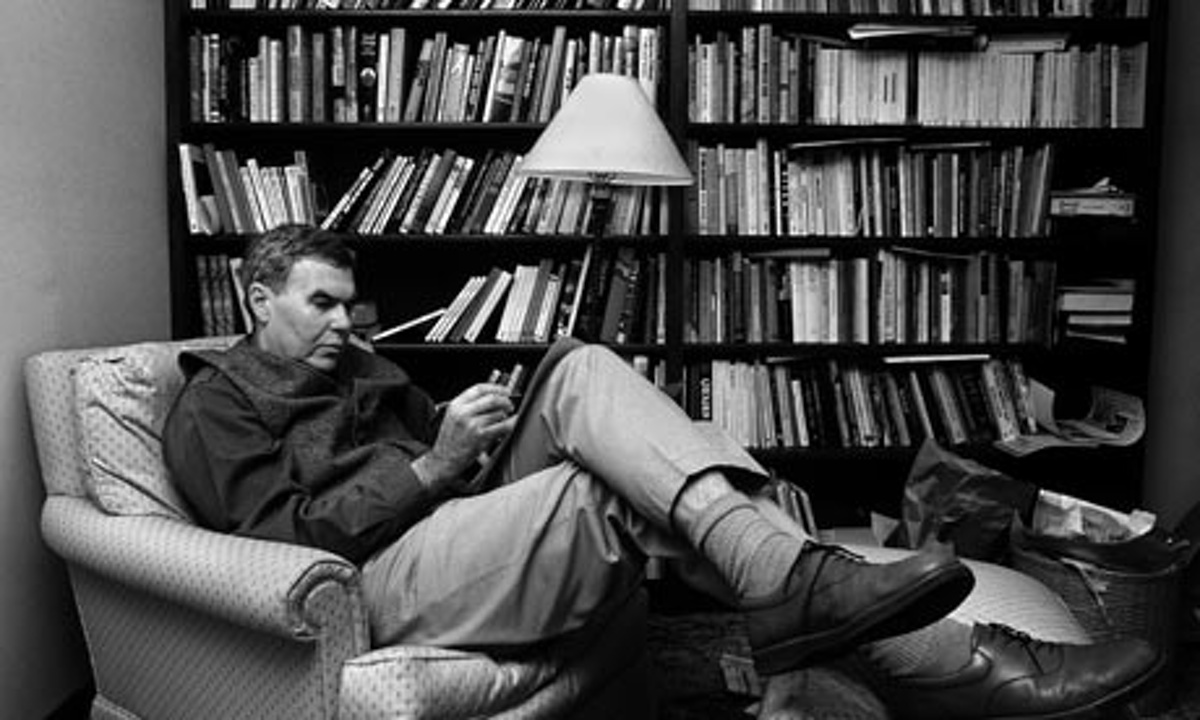 Days that have you short on inspiration are days when nothing seems so worthwhile as sauntering over to the Zeeuwse Bibliotheek and hiding between the pages of a book. If, by chance, you are a reader who finds solace in sinister fiction, you would do good in picking up a book by American short fiction writer and poet Raymond Carver. The two editions, Collected Stories and Where I’m Calling From, both at the library’s disposal, together provide Carver’s almost complete heritage of short stories. All in one evening, even in an hour or two, you can immerse yourself into some of the few-paged portrayals of the grim lives that Carver has so masterfully created.

While literary critics describe Carver’s narratives as ‘minimalist’, his short stories are loaded with brilliantly fulfilling details. In some cases, like in Popular Mechanics, which runs at only two pages long, the reader is overwhelmed with a force that Carver has condensed big ideas into a painstakingly small number of words. The author himself attributed his “inclination toward brevity and intensity” to his dual status as a writer of fiction and of poetry (Carver, Raymond: Where I’m Calling From. The Selected Stories) Like poems, his stories find meaning in objects and symbolism, and it is often difficult to interpret them at a meta-level. Thus, readers may find it helpful to draw on Carver’s personal experiences in order to make sense of his work.

Born in 1938 in Oregon, and deceased in Washington at age fifty, Carver led a tumultuous life; a life that seems to have tinged his work. His first wife was but a teenager when she bore their first child. Subsequently, Carver went through a rough period of blue-collar jobs and years of sincere alcoholism. These issues pervade many of his story plots. Most prominently, Carver’s protagonists find themselves in marital conflicts or complicated relationships. Every so often, his characters pour glasses of scotch or whiskey so that they may relax, and for a large part, scenes unfold between living room and kitchen. There is a clear rift in characterization of males and females, as in Why Don’t You Dance and Will You Please Be Quiet, Please? Yet while morose men and routine women may not behave like the other, they are equally vulnerable and at a loss.

Apart from subject matter, Carver’s construction of personality is furthermore distinct. Like the father in The Third Thing that Killed my Father off, or the husband in Cathedral, Carver’s male protagonists hold mistrusting attitudes; passively aware of the contradiction between their grumpy behavior and their affection for family and friends. His characters often persist on aching questions that remain unanswered, such as the mother who ponders the brutal development of her estranged grown-up son in Why, Honey? Even to the most desolate circumstances, the characters respond laconically and flinch from course of action. At times, Carver reduced these situations to such whimsical bleakness, that a reader couldn’t help but being moved to cynical laughter.

In an interview with The Paris Review, Carver gave his own reflection on reality as the breeding ground of his work: “The fiction I’m most interested in has lines of reference to the real world. None of my stories really happened, of course. But there’s always something, some element, something said to me or that I witnessed, that may be the starting place. Here’s an example: ‘That’s the last Christmas you’ll ever ruin for us!’ I was drunk when I heard that, but I remembered it. And later, much later, when I was sober, using only that one line and other things I imagined, imagined so accurately that they could have happened, I made a story: A Serious Talk.”

Part of the appeal of Raymond Carver’s short stories is their lifelikeness. The people of Carver’s invention are true to life; they feel obscured and disoriented in the maze of happenings, just like the rest of us. We read the lines, and we feel immediate affection even in Carver’s briefest tales – because at their center, they portray a character that we understand well enough: the estranged grown-up.

Mina Jaff, Class of 2019, is a literature major from Germany.