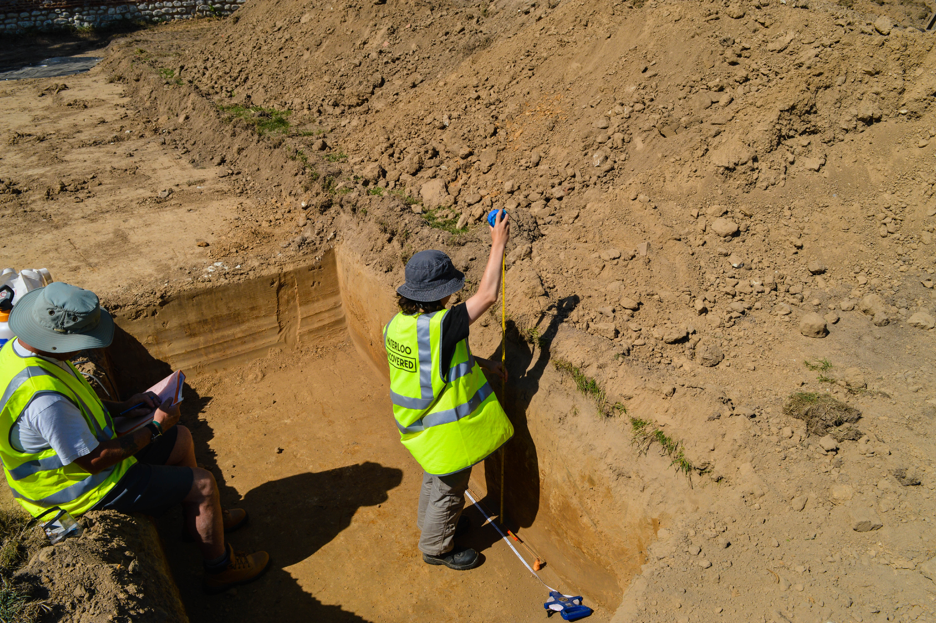 Tabula RASA is kicking off the new semester with a short series of articles written by students that did something cool this summer. Volunteering, an internship, a cool job; there are so many ways in which people from UCR spend their long breaks! Do you have a story about your summer activities that you want to share? Don’t hesitate to send an email to [email protected]!

This first article is written by Annick Wijnstra, she graduated from UCR in June. Enjoy reading about her exciting project on the old battlefields of Waterloo!

I don’t know about you, but I am usually bored out of my mind during the summer break. Don’t get me wrong, I love not having to do anything related to school, but it gets boring after the fifth week. So, during this summer, I participated in a two-week archaeological dig on the battlefields of Waterloo.

I first heard about Waterloo Uncovered through some friends who had participated in the dig in previous years. During my ‘Introduction to Archaeology’ course, professor Hochscheid brought the project to my attention again. Did I apply to be on the project then and there? No, of course not (I may or may not have forgotten about the application deadline). I was approached right around graduation week to see if I was interested in working on Dutch social media and press communications for the project. I didn’t have to think twice. So, in July, I was off to Waterloo for two weeks.

The thing that makes this archaeological dig stand out from many other projects is that Waterloo Uncovered works with soldiers and veterans from the UK. A new addition this year were Dutch veterans. Most of the soldiers and veterans have served in recent conflicts, and this project provides them with an opportunity to learn new skills and gain new experiences, as well as assisting them with recovery from injuries, transitioning back into civilian life, and much more. 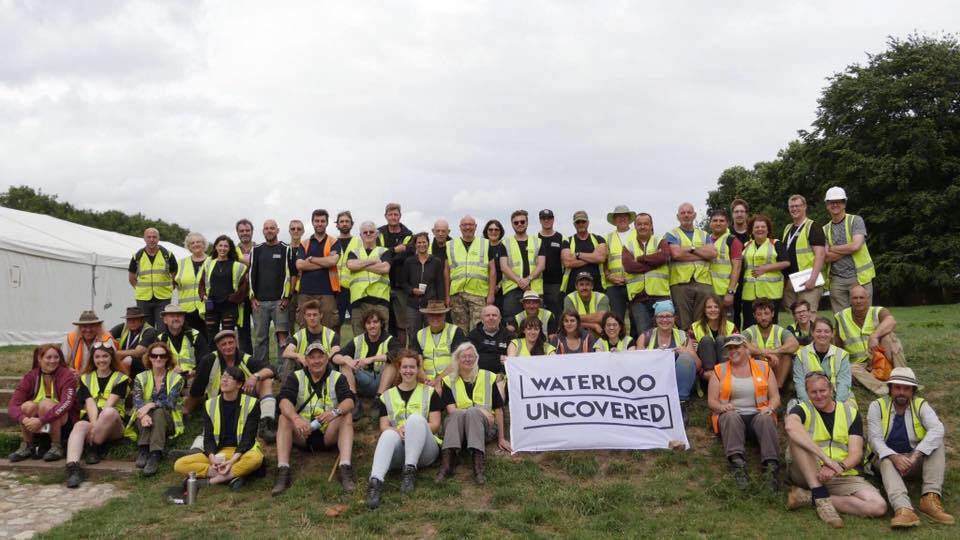 The first day was exciting. Walking into a room where I knew two people was nerve wrecking, but the nerves quickly disappeared. We received information on the project itself and got a refresh on the battle of Waterloo. After that, we drove to the battlefield itself. We walked around, saw the lion mount, and went to our home for the next two weeks, Hougoumont farm. As a history major, I knew some of the stories about the farm, but to see it in real life was even more impressive.

On day two, the team got digging. In a speed dating style, the teams learned about specific elements of archaeology, ranging from excavation to recording. After the crash course, the digging commenced. Within the first couple of hours, the teams recovered multiple objects, such as Musket balls, musket flints, and coins. The trenches were dug all over the farm grounds, with three trenches in the courtyard, one in the gardens, and two trenches along the southern wall. This year, the project expanded the sites to include the field hospital of Mont Saint Jean, where it was thought possible that we might find some form of graves for the soldiers who died at the hospital.

Throughout the two weeks, the team made great discoveries. Theories about the battle were refuted, such as that that the French never breached the garden. Evidence found in the garden, in the form of French musket balls, suggests a different story. In the courtyard, which burned down after the battle, the foundations of the buildings were recovered, which help us understand what the area looked like when the French soldiers stormed the farm. 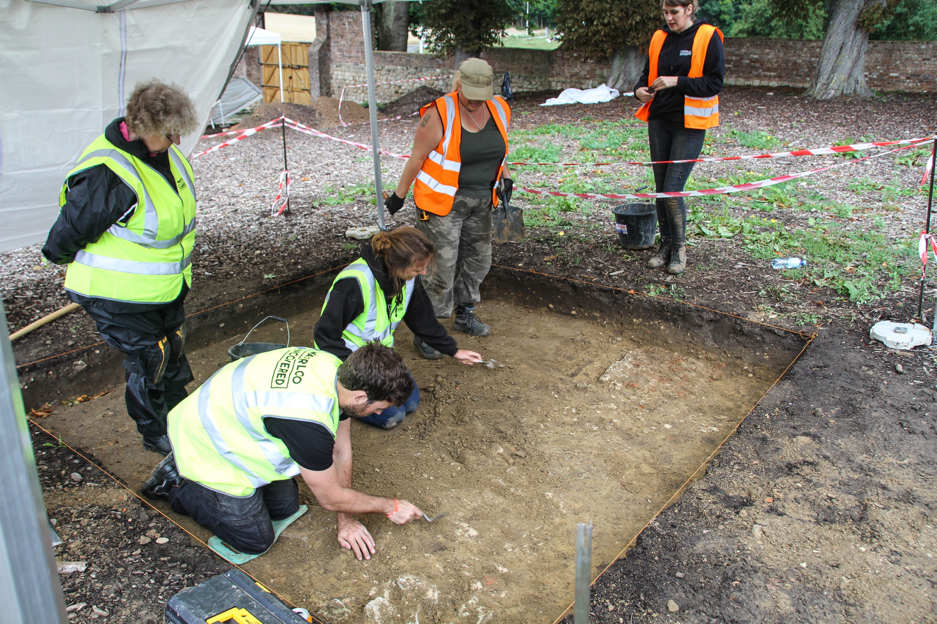 In the media and communication department, we made some great progress as well, with press coverage ranging from the PZC to the Times. We took a lot of photographs, we wrote blog posts, and made podcasts. Videos were filmed and people were interviewed.

In these two weeks, everyone worked incredibly hard, and the progress that was made was amazing. Friendships were made, stories were exchanged, and many wonderful memories were created.  I loved every minute of it, and I can’t wait to go back next year.

If you want some more information about the project, take a look at the website: http://www.waterloouncovered.com, and if you want to read more about the day to day discoveries check out the dig diaries.

Annick Wijnstra, Class of 2017, was a literature and history major, now studying Euroculture in Uppsala, Sweden.