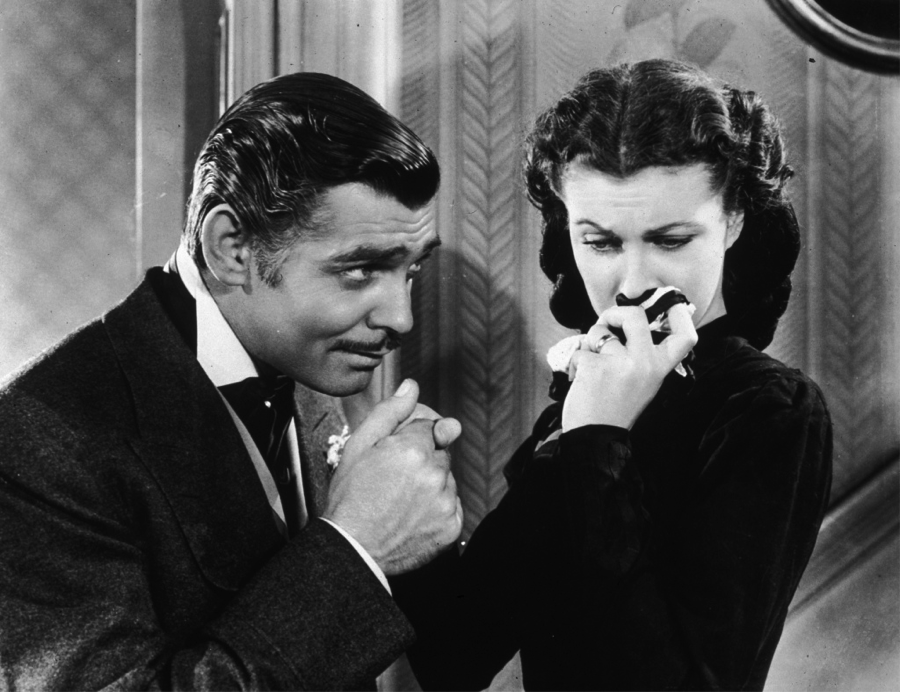 By Noga Amiri and Natalie Burduli

The time has come for the second edition of our Valentine’s Day series! Did you wake up to Cupid knocking on your door, confronting you with all the day of love is known for? As we make the most of the present, there is still nothing quite like the nostalgia of a first sweetheart, a first crush, a first date. The following (anonymous) tales from members of the UCR community cover dates that didn’t quite go as planned, ranging from the awkward to the downright rude. We’ve also thrown in a few happy endings just to show that indeed, love comes in many forms.

For those of you currently stressing more about your homework than your love life – not to worry, we have the perfect distraction in store for you! At least binging on the following isn’t calorie laden like some other Valentine’s Day treats (we’re looking at you, heart-shaped chocolates). 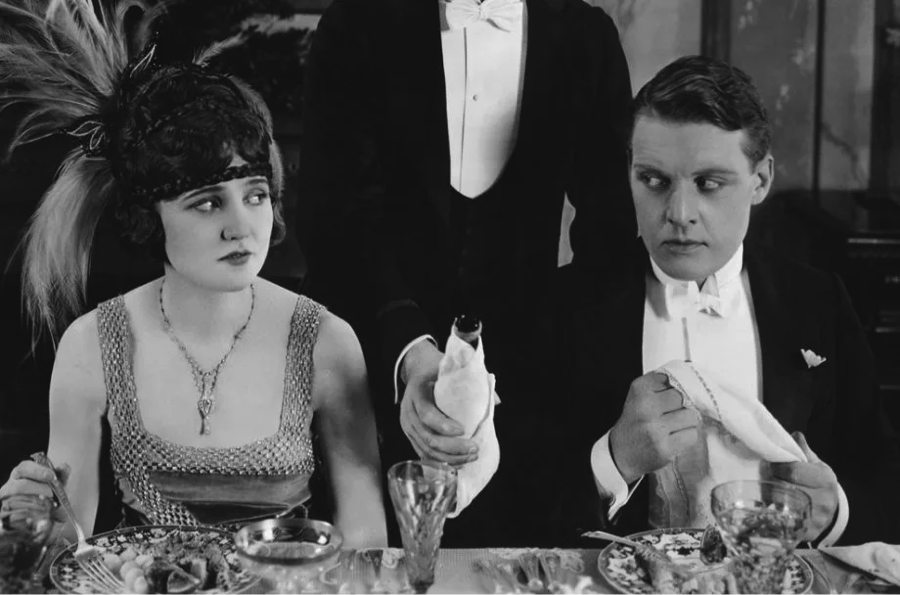 I. I once thought one of my good friends was fancying me a little bit, so I was thinking, “oh, maybe I can make a move”? I went ahead and was doing my best to come up with a way to hit on him. I figured I would just ask him out for lunch, and then blurt it all out. So we went for lunch, and then I told him I liked him, all confident-like. He then said: I’m actually dating your friend. We’ve been trying to keep it on the down-low.

That experience was painful… especially as I hadn’t even yet finished my sandwich.

II. This guy I met through some friends asked me out on a date, to a bar. Of course, I changed multiple times before finding an outfit I liked. I threw on my winter coat and headed to the subway. And that’s when I realized… I forgot to put a bra on… and my shirt was of very thin material. When I got to the bar, I kept my winter coat on, and he kept asking me why I wouldn’t take it off. The bar was over-heated, and I for the life of me couldn’t come up with a logical excuse.

And because that was not awkward enough, when we finally left the bar (I had already made up my mind that he wasn’t really a guy I needed in my life), it started snowing. And he started humming. And then he started singing some lovey-dovey song. Next thing I know, he was spinning me around in the middle of the street. There we were, waltzing under a lamppost with the snow falling onto our faces. Ah, cringe.

III. I went on a date last April where it was obvious that we had no mutual interests, and we couldn’t really find anything to talk about. At one point, he looks me straight in the eye and starts telling me this story of how he was really depressed last year, and at some point found himself standing on the edge of a building, calling his mother to say goodbye, only to finally decide against ending his life. So I answered in shock, asking if he was okay now, feeling sorry for him and letting him know that he was brave for sharing. Suddenly, he starts laughing and says, just kidding, he was only checking if I could spot a lie. Not cool.

IV. I’ve got some stories under my sleeve – I switched schools at the end of the year, so I suddenly had to meet all these new classmates, one of them being the best-looking and most intriguing girl on the planet. We started talking about random subjects, and I just got lost in her eyes. Out of nowhere, she hits me with a question about cameras. In a panic, I said that I didn’t know what cameras were. Confused about my weird question, she looked at me with what can best be described as a terrified stare. To make matters worse, I continued by saying I have never seen a square camera ever in my life, mind you, this is 2014. She never made me forget that day and it’s still embroiled in my brain.
She also never again sat next to me during classes. 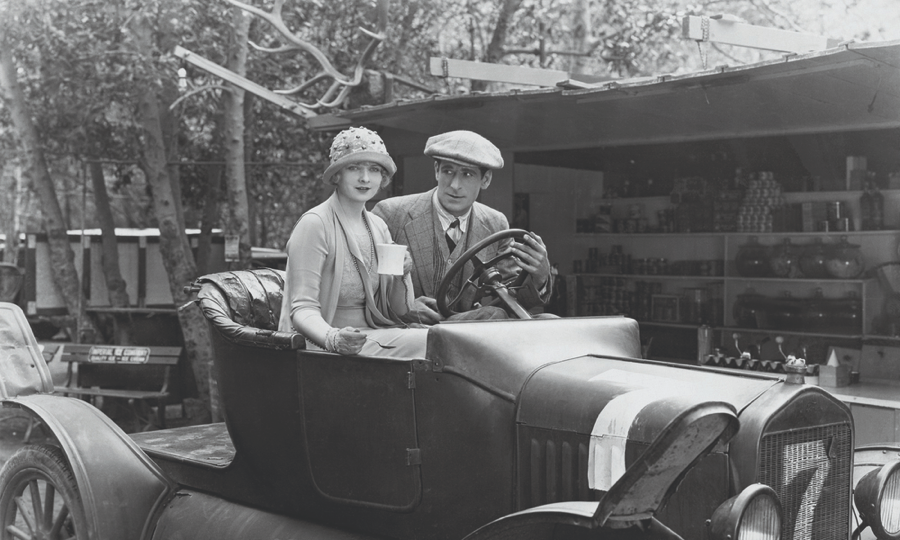 V. For the longest time, I used to think this one guy would never go for me since he was very out of my league. But during a night out, he suddenly came up to me and asked for my number.

I was so nervous to go out with him that before the date I started taking shots. I got so drunk that I could not even maintain a normal conversation. The night ended with my friends taking me home. Needless to say, he never texted me again.

VI. I was about 16, and part of a friend group in which I was one of the youngest. There was this guy, a bit older than me, and his idea of showing me that he really liked me was to go into the comments section of my Facebook posts and ‘defend my honor’ from ‘mean’ comments. Now, I consider myself to be a strong, independent woman, so on multiple occasions I told him to back off. When he proposed to hang out and take me out for dinner, I was still not exactly aware that through this ‘white-knighting’ he had tried to express his deeper feelings for me.

We went out to a steakhouse in Amsterdam, and after I finished my steak and side dishes, I noticed his sides (fries, corn on the cob, salad) were still untouched. I asked whether he was still planning on eating those, and he said no, so I ate in total about 70% of our combined meals – for which he still insisted on paying. After the ‘date’, at the subway station, he leaned in to kiss me. I yelled something like ‘oh no, I think of you as a friend’ as I dodged him and ran for my subway that was just about to leave. I’m sorry, but calling my other guy friends ‘assholes’ and ‘disrespectful’ below my vacation pictures on Facebook is not really my idea of a mating call – and it would take more than a steak dinner to win me over.

VII. Back in high school, I was the biggest nerd. In one of my classes there was this super cute, gorgeous guy. Every girl had a crush on him. I though he would never go for me, but one day, he came up to me and asked me to go see a movie that weekend. I was beyond excited. The night before, I came home tired and tossed all my clothes aside. The next day, we went out to see the movie. In the middle of the date I noticed there was something stuck in my pants, so I wiggled around a little, and my socks fell right out of my pants. He was shocked and did not know how to act. The date ended in awkward silence. 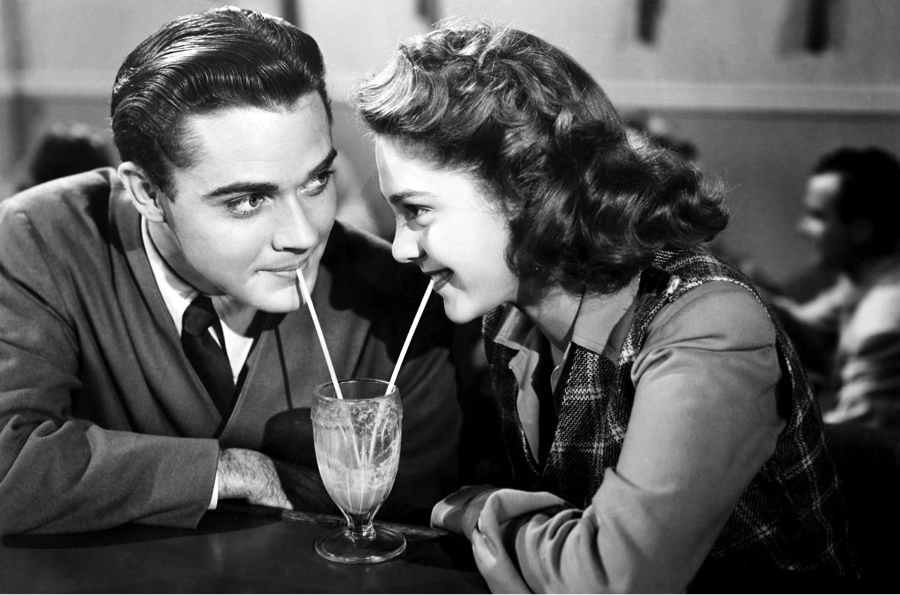 VIII. On the day that my significant other and I made our relationship official, we had already made plans to take molly at the Graduation Gala. It was our first ‘real’ date, before that we had only ever hung out. After we took it, we got on the bus, and halfway there, we weren’t sure if we were feeling butterflies in our stomachs because of the love in the air or the drugs in our bloodstream. Once we arrived, our love grew as much as our pupils. The party that ensued was amazing; we loved Jumpers For Penguins’ performance and enjoyed talking (and hugging) all of our friends!

IX. At the age of fourteen, I fell madly in love with a guy from my high school. He was a few years older than me, and very good-looking. He was a musician, and I was smitten. I was too shy to ask him out – he was extremely popular amongst the ladies. But after one year of being in love, I finally managed to set up a date with him.

During our first date, we basically sat on a terrace for three hours. It was an exceptionally warm day for the month of May, and I was very nervous. Because of the heat, I ordered a coke – for which he judged me, as he thought it was too “standard”. A few minutes later, his beautiful ex-girlfriend passed by, and he, of course, had to proudly tell me all about her. He also talked a lot about himself and his looks, boasting that he’d been called the “best looking guy” by many of the opposite sex. He barely asked me any questions, from which I concluded that he was clearly not interested in me.

After this embarrassing date, we lost contact for some months, but I have to admit that he was still on my mind. Once he was again seeing another girl, I finally chose to let him go. But soon enough, he again began to pay attention to me, woeful looks and all. In the end, he became my first boyfriend. Long story short, I guess first impressions aren’t everything?

Noga Amiri, Class of 2018, is a Literature and Art History Major from Hilversum, The Netherlands.