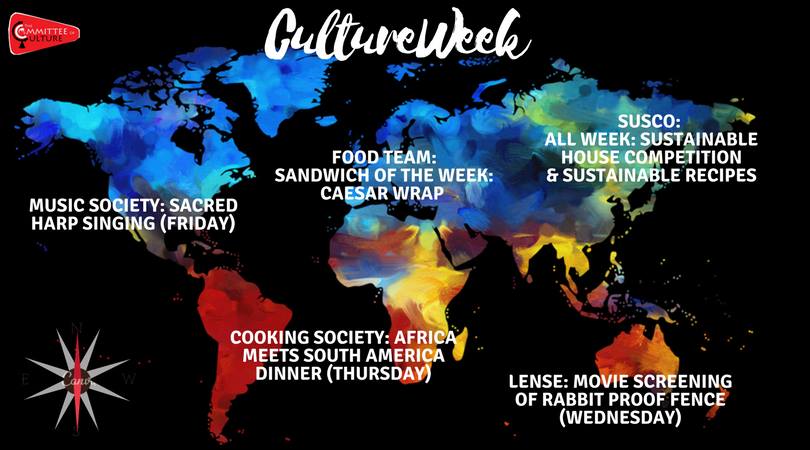 “A person is a person through other persons. None of us comes into the world fully formed. We would not know how to think, or walk, or speak, or behave as human beings unless we learned it from other human beings. We need other human beings in order to be human. I am because other people are.”

This Spring semester, we decided to try a different set-up for our second CultureWeek of the academic year. In the past few years, only one country was chosen and focused on, giving the UCR community a more in-depth view of cultural aspects in one nation. With activities varying from movie screenings and cooking workshops to parties and lectures, we, as Culture Committee, try to celebrate diversity with our peers. For that very reason, we thought it would be fun to cover not one, but FIVE different regions or countries within their respective continents. Thanks to the help of other UCR boards (SusCo, Food Team, LENSE, Cooking Society, and Music Society), we put together a string of events throughout the entire week to show how different, or similar, we are as a community. We hoped that you enjoyed the week as much as we did, because there are still so many cultures left to discover! And if you missed any of the events this semester, don’t worry, below is a small description of all the events we’ve helped organise.

Did you know that in the Netherlands consumers throw away about €2.5 billion worth of edible food per year? That’s over €150 per person! Products such as milk, bread, fruits, vegetables, cake, pasta, and many other goods are thrown out without much thought, wasting energy in the production chain [1]. With fellow UCR board SusCo, we wanted to create awareness by challenging the students to follow Bhutan’s example, a global leader in environmentally sustainable development. Every day, a recipe was posted as a source of inspiration for anyone participating. We tried to encourage everyone to use leftover foods that are normally thrown in the trash, revealing how easy it is. These five recipes can still be found of SusCo’s page, so make sure to check them out!

Sandwich of the Week: Europe

As usual, the Elliott Food Team provided us with a week of great sandwiches. Or in this case, a wrap. The Caesar Wrap was a tribute to the eponymous Roman politician and military general. Chicken, Caesar dressing, parmesan, and lettuce… what more could you ask for?

On Wednesday evening, LENSE screened the 2002 drama film Follow the Rabbit-Proof Fence, set in Australia. This movie is based on a book of the same title by Doris Pilkington Garimara. Taking place in 1931, it follows the journey of three aboriginal girls across the Outback, who escaped lives as domestic servants. They had previously been taken away from their families because of an official Australian government policy that was set in place. A movie worth watching! 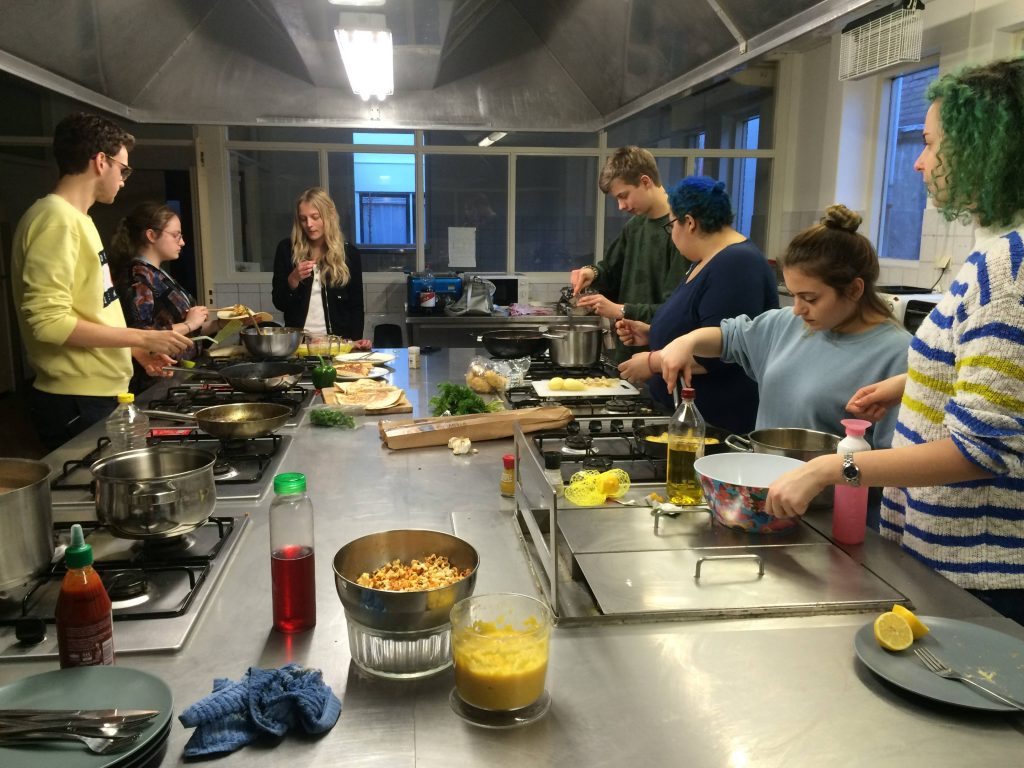 Ever had spicy hot chocolate before? For those who weren’t at the event, you definitely missed out. Not only did we learn to cook four different kinds of tasty dishes from different regions in Africa and South America, we ate to our hearts’ content. Four new recipes that you can add on your list! We’re still dreaming about those quesadillas….

A sacred choral music piece with origins from New England, this tradition was continued and brought to the United States and Canada. The term itself comes from a tune book called “The Sacred Harp,” which is printed in shape notes. A historically important tradition we and Music Society thought was worth sharing.

Aïcha Kounikorgo, Class of 2019, is an Anthropology and Sociology major from Burkina Faso and the Netherlands.