What To Do Better With Your Time 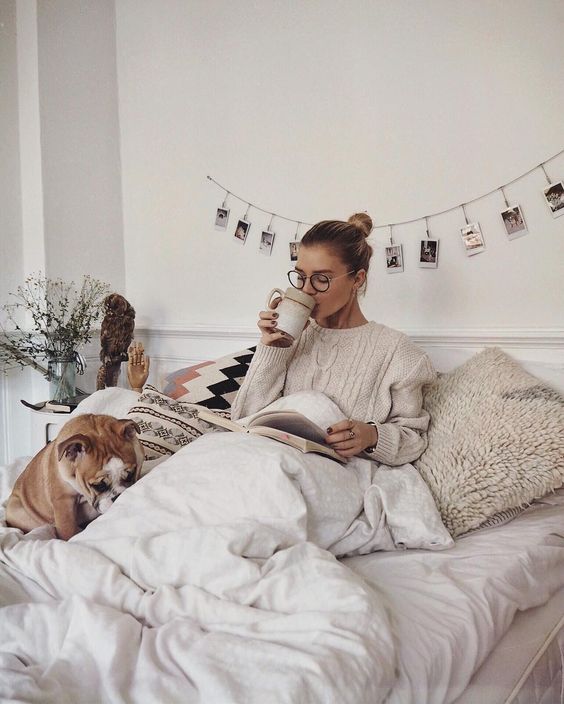 There is a big chance you came across this article on Facebook. There is an equally big chance that you are still studying at UCR. And, even more likely, you feel like you cannot get rid of your Facebook-account even if you wanted to. As a countermeasure to the deterring talks on why you HAVE TO give up Facebook of the past week, I offer you a carrot: here is what you can do better with your time, instead of spending it to feed your lowkey like-addiction. 👍

One often-heard argument is that you need Facebook in order to be part of our UCR community. It is -the- best place to ask for summaries, be notified of parties and job opportunities, and to simply spy on your friend’s prospective one-night-stand. I interviewed a fellow student in his final semester. Warning, this might shock you: he has never had a Facebook account. He does, however, host Snapchat and Whatsapp (and an account at Spanish ‘Facebook’ Tuenti (1), which shut down). Unlike you, he does not have as much of an e-life. And no, the lack of digital party invites has not made him an involuntary hermit.

Instead, he entertains a list of about 60 phone numbers, some contacts even titled with silly nicknames. Unlike the mediocre rest of us, he spends between 0 and 3 hours a day on Whatsapp and Snapchat – compare this to adolescents who can spend up to 11 hours a day on social media (2). This student wakes up by reading the news instead of checking Facebook (which might explain his absolutely astonishing level of common knowledge), replying to friends’ Whatsapp messages (if he feels like it) and – here it comes – actually talking to people to find out where the parties are at. He’s also been admitted to King’s College, something some of us might find easier to achieve if we were not faced with such an addictive means to procrastinate. Also, he reminds us that if you really want to do something, you “are still going to do it”: you do not need Facebook to remember someone’s birthday, in all honesty.

The most important thing to learn from his experiences as one of the very few who escaped Zuckerberg at UCR is that, all in all, Facebook is fake. Really fake. What do you really bring into the world by maintaining your 500+ ‘relationships’ through liking a status? That depends on you. Nihilistically, you decide what gives your life meaning. You must however reflect on whether or not Facebook can give your life actual meaning, or if you should be looking elsewhere (maybe in the real world?). Facebook has become somewhat of a social fact (3): it only has real impact on our lives because we have decided so. You will “feel good about something you ‘have’, but don’t actually have it” (unlike the talent and knowledge you could be developing instead with the time you spent on Facebook). If you feel let down by your friends because you only received 10 likes in 7 hours on your bikini pics, just remember that you would likely get vastly different responses if you were to show up at their B1-party wearing exactly the same outfit. Which social feedback is more real? I guess that is up to you.

Of course, it does not help that we all live in the same small city and attend a relatively small university. Our fellow student mentions that we would probably lose a lot less if we deleted Facebook in, say, Amsterdam or Barcelona. In the Burg, we have to explicitly look for and more importantly often create our own entertainment. In addition, at UCR, everyone knows everyone, meaning that you might add that one guy from your Wednesday classes on Facebook simply because you ‘know’ him and are quite likely to run into him again. Your actual friends vaguely know him (your memory of the fellow students you have on your Facebook is amplified strongly via gossip – which we love to do, admit it). This, even though you might not even correctly remember his name next time you two strike up a conversation or employ the Dutch favourite: awkwardly avoiding eye contact when going down the same small street in opposite directions. What great ‘friends’ you have.

There goes the band-aid, but here it is: if you believe you have more to offer to the world than your 💗 ‘heart’, you have to go outside every once in a while and talk to your actual friends. And definitely read more (4). They will tell you where the party is at, and when you move to a bigger city, you might not even need them anymore to find meaningful things to do with your life. Also, you will have to consider: is not quitting Facebook a conscious choice, or have I become an indecisive addict? Finally: okay, I lied, he does have a Facebook account. With only one ‘friend’. A ‘friend’ that forced him to make the account for the sake of their stats project. Pure irony, innit? Plus one for Cambridge Analytica.

Amée Zoutberg, Class of 2018, is a Sociology and Politics Major from Amsterdam, the Netherlands

(1)  It is now a telecom provider, for some reason: https://www.tuenti.com/en/

(4)  Otherwise, I will assume that these are your role models: https://www.businessinsider.nl/successful-people-who-do-not-read-books-2017-1/?international=true&r=US