Here’s me, not naked but afraid nevertheless, presented to you in three bite-size tidbits that cover my personality, as well as some inevitable tangents about peanut butter, Sun Tzu, and the odd smattering of small dogs.

One: I am scared of nearly everything.

Now, I have never met anyone who genuinely liked clowns (coulrophobia), and no one craves being ignored by their supposed friends (athazagoraphobia). The real issue with being overly fearful is that most of these phobias are not based on anything sensible. Of course, concerning fear of the darkness, one could argue that this has its roots in a primal sense of wariness regarding the unknown in general. Arguably, other fears, such as claustrophobia (fear of confined spaces) and agliophobia (fear of pain), have the beneficial effect of sharpening our senses and preventing us from engaging in dangerous activities.

However, there are some phobias that seem rather useless and mind-bogglingly specific. Some interesting examples include geniophobia (fear of chins), arachibutyrophobia (fear of peanut butter sticking to the roof of the mouth – look it up), and my personal favourite: hippopotomonstrosesquippedaliophobia (fear of long words). Despite their apparent fictionality and ridiculousness, even these phobias are often based upon more reasonable grounds, like undiagnosed peanut allergy or social anxiety combined with mild dyslexia.

So then, even if fears like optophobia (fear of opening one’s eyes) have some sort of basis in valid threats to one’s safety and well-being, why do some people still seem so much more fearful than others without any discernible reason?

I’ll admit that I am not unique in most of my fears. Loud noises (birthdays become an anxious affair as soon as balloons are involved), the dark, and pimple-popping videos that somehow keep showing up in my “Recommended feed” on YouTube – they all give me sweaty palms and the overwhelming urge to cover my eyes, ears, and all other orifices with my hands.

Ask anyone who knows me well, and they will agree that I am a scaredy-cat at best. Personally, being somewhat of a self-aware control freak, I despise the murky depths of deep water because what if there’s something in there? What if I suddenly choke and drown? What if what if what if?

So, all in all, the bottom line is I start to feel clammy as soon as any non-family-friendly movie trailer interrupts a browsing session. Yet all of these terrors pale in comparison to the one that has most prominently occupied my mind for years: sharks. Yes, sharks, powerful and hypnotic in their deliberate movements, have an inexplicable hold on my mental state. The teeth, the eyes, the darkness – I know they’re misunderstood, but try telling that to my anxiety-ridden brain.
My fear came to a dramatic climax when I visited an aquarium in Belgium, scarcely thirteen and wearing horrendous pink jeans. An escalator ended in a ten-foot shark mouth leading to a tank of innocent tropical fish, and upon seeing it, I felt my stomach triple in size and then deflate like a balloon. I screamed and cried and was dragged through the rest of the building with my eyes tightly shut. Just looking up this picture made me squirm a bit.

Recently, determined to conquer my so-called galeophobia under the unsubtle pressure from my housemates and friends, I turned to the one source of wisdom and comfort that the year 2017 had to offer – Google (or Yahoo Answers if I was feeling particularly frisky). The testimonies I found there paraded before me crippled old ladies and burly surfers shedding their phobia like a moth-filled overcoat. Some Reddit users suggested starting out by looking at pictures of sharks, because know your enemy yadda yadda yadda. But this method only seemed to aggravate my fear, and worst of all, I lost my faith in the benevolence of Google. I realised that if I was to ever get over this hurdle, I would have to take a mighty step forward.

Two: I tend to have some trouble deciding what’s good for me – challenging, if you will – and what’s simply idiotically ambitious.

Translation: I decided to watch the entirety of Jaws while it was dark outside. And three unfortunate people witnessed my complete meltdown that followed this ill-advised decision.

Needless to say, this film started to freak me out from the second it started all the way to the 2 hour 10 minute spine-chilling experience had descended into the tragic hollowness that is a dead TV screen. No all-nighter stress breakdown, no missed-flight-induced anxiety, no frighteningly awkward family dinners could have prepared me for the absolute terror I experienced on that Bagijnhof couch, rustically covered in crumbs of indiscriminate origins.

Three: I am as tough as one of those crisply white baseball-sized puppies that look like a stern glance could pop them like a bubble.

Jaws hit me at my core, and I’m sure some would argue that’s the point of a movie that is generally praised for its use of suspense. But I figured that there are some fears that should not be exposed to a cold-water approach, and instead should be treated with saintly patience and a supportive audience of friends.

In other words, if you’re anything like me – try to face your fears in a constructive way, and whatever you do, stay away from oddly large plastic-looking sharks named Bruce.

Jedidja van Boven, Class of 2020, is a Political Science, Anthropology and Law major from Oosterwolde, the Netherlands.

Source: Jesse McLaren, THE 8 BEST ATTACKS FROM JAWS, AS TOLD THROUGH GIFS, Maxim (2015). 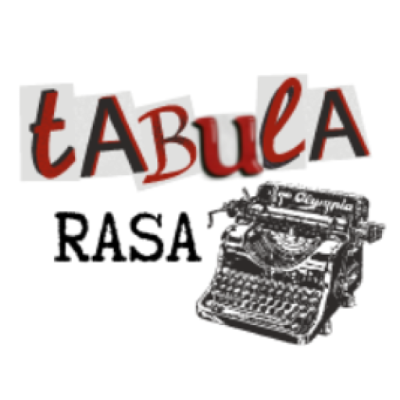