A Week on the Red Carpet 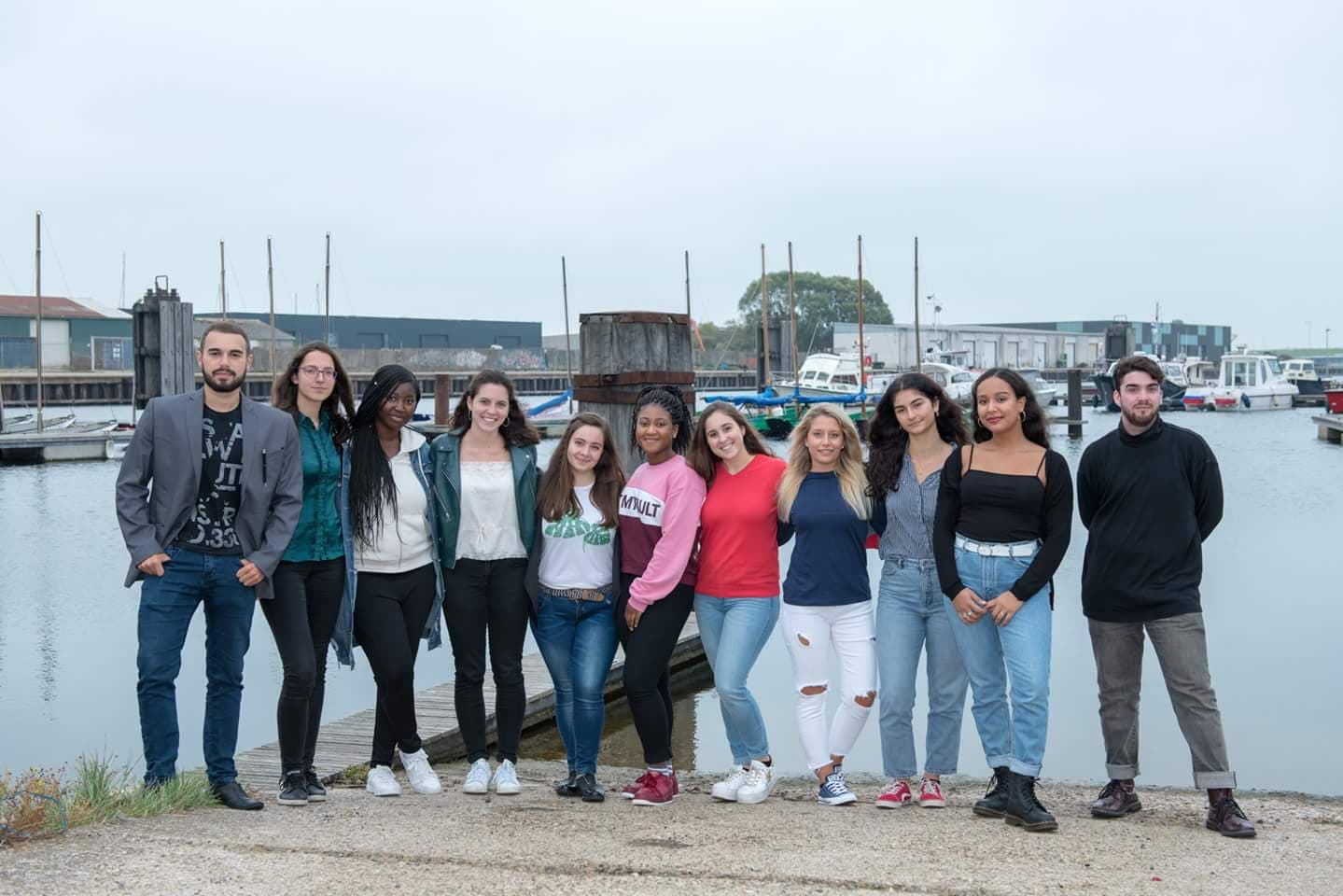 Tagged andrea undecimo, film by the sea, film festival, out and about, vlissingen

The thought of people walking down red carpets in elegant dresses, a rich selection of premiere movies from all around the world, and juries that must present awards for the best movies. All this is usually associated with the glamour of Hollywood or the sophistication of the Cannes and Venice festivals, but you might be surprised to find out that this is also happening in Vlissingen, a small town by the sea, just half an hour from Middelburg.

This year Vlissingen hosted the 20thedition of the international festival “Film by the Sea”. Movies from up-and-coming directors were presented to a jury composed by international students from both, HZ and UCR. I had the opportunity to talk about this fascinating and unconventional experience to Naala and Arta, the two students that represented UCR at the festival this year.

For both of them, being in the International Students Jury of the festival has been a stunning and exciting experience. The location, the Cinecity of Vlissingen, as they told me, was the perfect place to host the event: the huge poster that hangs at the entrance, the music and the light-hearted conversations after the movies, the impressive atmosphere inside, the red carpet, and the people walking down in fancy dresses all contributed to create a Hollywoodesque atmosphere.

Naala and Arta, as part of the International Jury, had to watch and review 7 selected movies from both, English and international, productions made by upcoming directors between 2017 and 2018. The movies were judged on the base of acting, editing, cinematography, music and plot. Some of the movies, as they told me, were powerful and very intimate. During the screening of one of them, ‘Children of the Snow Land’, a British documentary that followed the reunion of some Nepalese children with their families after more than ten years, you could hear most of the audience silently sobbing. Other movies, like ‘Breathing into Marble’ by Lithuanian director Giedrė Beinoriūtė, left them with more than one doubt about the plot; they had, however, the opportunity to ask the director about it, something that doesn’t happen every time you go to the movies. But the film that struck them most was ‘We the animals’ by Jeremiah Zagar, which also won the Award. The movie narrates the lives of three young brothers in the midst of their parents’ volatile love. The movie swings between the real shooting of the film and the animation of Jonah’s drawing journal, one of the three kids. Arta described this swing as the fluctuation between the camera view and the child view, which gave the movie an intimate and penetrating force. The beauty of all the movies, according to Naala and Arta, was that they all addressed personal stories of people getting over an obstacle in such a realistic way that the viewer could easily relate to all the stories.

Experiencing the thrill of being part of a jury and living the life of a celebrity for one week is surely a convincing reason to participate in this event. The “Film by the Sea” festival is however much more than this: it is a great opportunity for cinephiles to be surrounded by people who share their passion for the seventh Art, to watch original and compelling films for the very first time after their release, and to be part of a big cultural event that brings together artists from all around the world. If you are looking for a way to escape the infamous “UCR bubble”, this might be an interesting and unconventional way.

Andrea Undecimo, Class of 2020, is an Anthropology, Law and International Relations Major from Macerata, Italy.

Naala Vanslembrouck, Class of 2019, is a Literature Major from Brussels, Belgium.