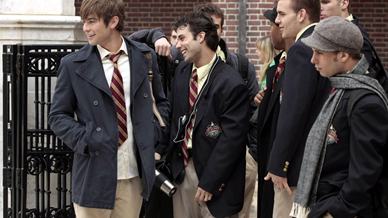 Growing up abroad, I was sent to small private schools for most of my high school career. Every four years, it seemed as though I was leaving behind a country and its culture, ready to emerge into another one. Really, though, all I was adopting and leaving behind was my school environment; I did not get to know much else outside my school walls. When I tell people about the different countries I have lived in, many times they exclaim: “my goodness, you must have seen quite a bit!”. This provokes a sense of guilt within me, because, truthfully, I didn’t see much more than my school environment, and this is the case for many of us who grow up abroad.

I was attending high school in Brazil, when most of the country erupted in a corruption scandal. However, I generally had other things on my mind at that age (like what to wear that day, whether my best friend was talking about me behind my back, and so on, and so forth) rather than politics and corrupt government officials. Around me, all over Brazil, the general population was suffering and the men in suits were turning a blind eye and walking away, but I and my friends were too busy with the drama and gossip of our school environment to notice.

UCR student, Caroline Ramilo Henry, had a similar experience. Moving around throughout her adolescence, Caroline completed high school at a private school in Kenya. When I ask whether she felt like her and her classmates integrated with the outside world, Caro laughs out loud and responds quickly with one word: “No.” Later she elaborates; “Well, it depended on the country I was in, but there was always a bubble. It was enough for us and we felt that within this bubble all our needs were fully met”. As a young adolescent, one does not hold full blame for not integrating avidly with the world outside ones comfort zone; what is happening immediately in one´s surrounding seems like the complete picture. However, it is important that this form of integration is encouraged by others with a more complete view, such as parents and teachers. So often, this is not done enough.

On March 15th, 2015, a massive protest took its course and all over Brazil. Young and old locals were uniting on the streets to put an end to the corruption. However, I was getting ready for the next party and making sure my friends and I had picked out the proper dresses. To be fair, it was not that I truly did not care, but rather, that I wasn’t aware of my surroundings precisely because I lived in the comfort of my own bubble that had limitations I could not ignore. For safety reasons, I was not able to interact freely with my environment and explore far beyond my school and home. Brazil’s safety issues are a real problem for young girls especially, and the places in which most of the locals spent their time were simply out of bounds for us foreigners. “There was a small stigma to stay within the walls (of the school) because of safety reasons and security” Caroline explains about similar limits she experienced in Kenya.

Four years later, I live in Europe and I look back at a country whose corruption issues are still unmatched. I look back at the wealth, luxury and indulgence that I saw first-hand every single day from my peers and I look back at the poverty and illness that I did not see. I also look right at new protective walls; the walls of university. But this time, I vow not to let the comfort of any new bubble I find myself in stagnate my growth and limit my experience of the real world.

Vanessa Bade, Class of 2019, is a Literature and Religion Major from Frankfurt, Germany