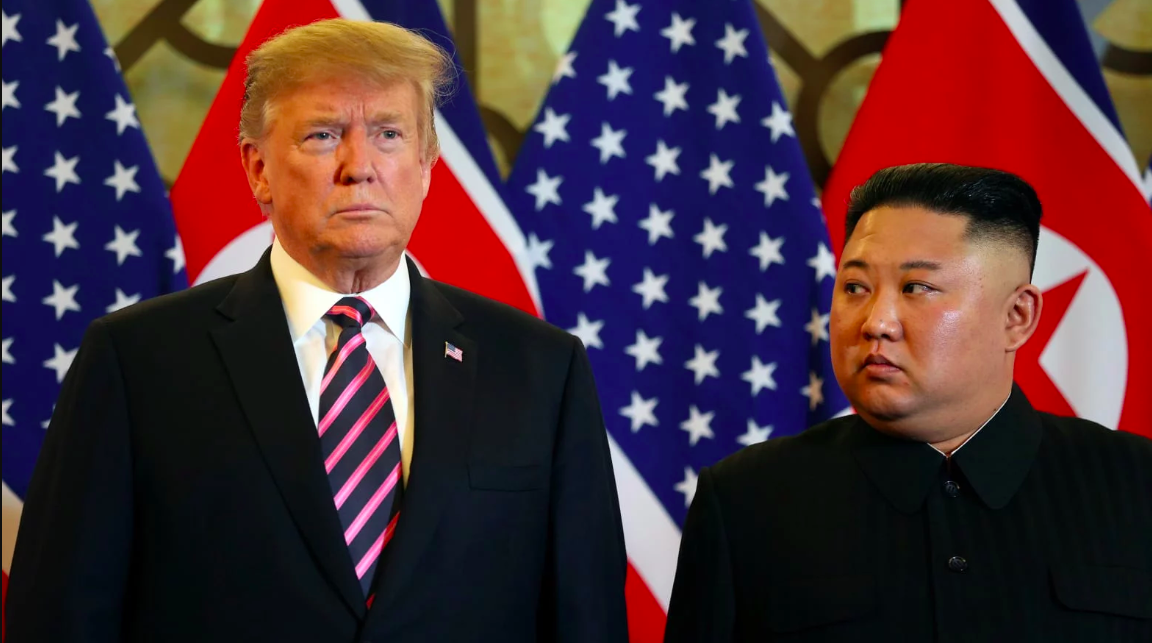 In late 2017, North Korea’s nuclear arsenal entered into mainstream media once more after rumors spread of the testing of a hydrogen bomb as well as an intercontinental ballistic missile. The tensions caused by this development only de-escalated after the 2018 Winter Olympics, where North Korean athletes were present; here, plans were made for inter-Korean talks with South Korea. This eventually led to an invitation being sent to the White House for a Korea-USA meeting.

The 2018 Singapore Summit in June had its controversies and threats of cancellations from both sides of the Pacific, but in the end, a Joint Statement was put out after the talks. This statement focused heavily on the commitment made by North Korea to denuclearize the Korean peninsula, and plans were made to meet again as soon as possible. Upon his return, Trump immediate declared that North Korea was no longer a nuclear threat- but with the failed meeting in Hanoi, some serious doubts about this statement have arisen.

In the Hanoi Summit, North Korea was looking to gain relief for the sanctions that have been imposed on it by the United States. Kim, hoping to establish himself as an economic reformer in his country’s history books, stressed the impact economic sanctions were having on the population- in forms as extreme as a food shortfall. Trump, on the other hand, attempted to get Kim Jong-Un to commit to the halt of testing missiles and nuclear weapons.  Normally, especially in high-stakes cases where parties have drastically different objectives, much of a joint agreement is decided upon before the summit even starts, according to diplomats and analysts deploring the failed agreement between the two countries.

It’s exactly Trump’s certainty about the success of diplomacy with North Korea as an end, rather than means, that might have contributed to the somewhat anticlimactic ending of the Hanoi Summit. Trump’s apparent acceptance of the status quo (as established in his statements regarding the unprecedented contribution to peaceful cross-Pacific relations) gave him little leverage in the talks with Kim Jong-Un, who did not experience enough pressure to freeze or roll back his nuclear program to make any significant changes. Various sources have expressed their dismay at Trump’s fraternization with Kim Jong-Un, who has been accused of crimes against humanity and human rights abuses.

However, Kim also seemed to be attempting to secure a deal some other way- when Trump flew back to Washington, he opted to stay behind in Vietnam for a bit longer after North Korean officials had already visited touristic sites and factories earlier this week. In one remarkable moment caught on live footage, the North Korean leader responded to a foreign reporter’s question about skepticism towards the meeting. His predecessors have notoriously avoided all questions from non-Korean journalists, which made this moment stand out all the more.

Unfortunately, all the goodwill visits and hearty grins in the world can’t salvage the failed summit. President Moon Jae-In of South Korea, who has been acting as a mediating party between the United States and North Korea and has worked to improve inter-Korean relations in the past year, might need to do more negotiating work to resolve the stalemate. With the House of Representatives overturning Trump’s declaration of national emergency in the Mexican border issue and Michael Cohen calling him a racist and a cheat, it seems that Trump has enough domestic turmoil to deal with first- we can only hope there will be no return to the fire and fury policy.

Barron, L. (2019). Kim Jong Un Just Broke With Precedent to Answer a Question From a Journalist. Here’s What He Said. Retrieved from http://time.com/5540707/kim-jong-un-question-journalist-summit-vietnam/