The Musical Show of UCR 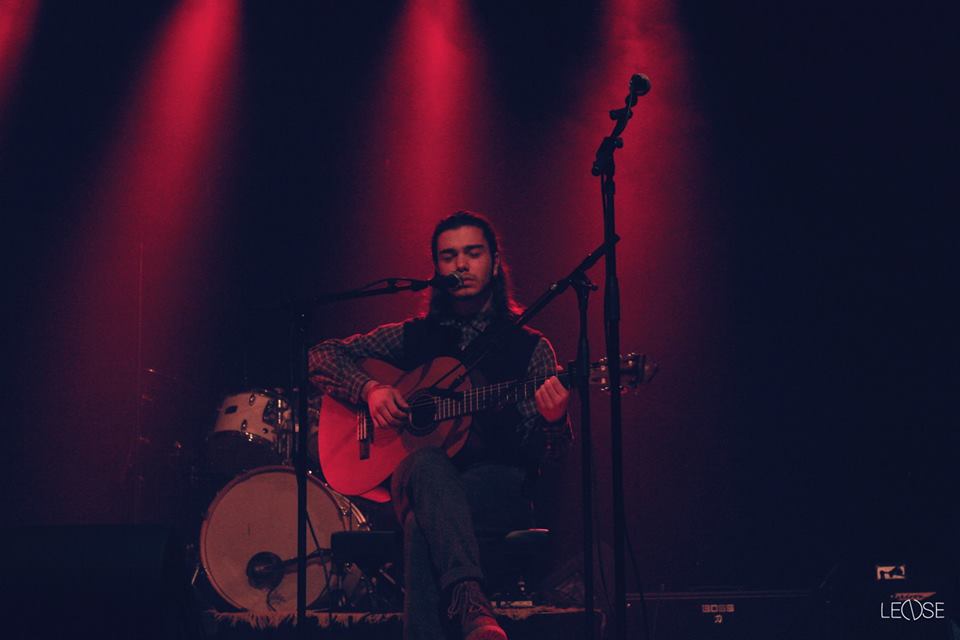 A hall, a stage, a microphone. Songs swinging through the air, telling the audience how to feel. An ever-changing atmosphere led by performances, where silent messages are spread across the room. Open Mics at De Spot give UCR students exclusive experiences, ranging from listening to local performers to going on stage for the first time.

Throughout my first year here at UCR, I have attended most, if not all, Open Mic events, not only as a member of the audience but also as a performer. I have learnt that some people get the feeling that every Open Mic is the same; however, for me they are all unique. Of course, some performers come back every time with the same type of songs, but the uniqueness comes out of the whole event. Unexpected acts can come on at any time, for example, a local metal singer ripping a teddy bear in the middle of his performance to illustrate the lyrics of his song in a rather explicit manner. Throughout the semesters, new groups of musicians form, giving the event a whole new twist.

I am going to start by discussing the impressions I get as a part of the audience. Open Mic events are one of the best excuses to gather with your friends, taking a break from studying. It can as much be an end of the evening event, as it can be the beginning of the night. You discover that the quiet person in your class can actually sing, the troublemaker is a good trumpet player and a student whose name you never knew plays the guitar. A melancholic song gives you the chills. Not long after one of your favorite songs is played and all you want to do is sing along. To top it off, the upbeat music in the end makes you get up and drag your friends on the dancefloor. The emotional atmosphere of a song can make you remember a long-forgotten feeling you had, prompting a smile, you drift off to memories of the past. Personally, I have three spots from which I watch the performances. Firstly, the back of the hall where I get a good overview of the stage and the majority of the audience. Secondly, just in front of the stage to cheer the musicians on and dance to the music. And lastly, at the side where I get to see the performers leave the stage to integrate back to the audience and where I keep track of when it is my turn.

As a performer at the Open Mic, the general feeling of the event is comparable to the one of the audience. The only difference is that you watch the other performers more carefully, imagining what you are going to say when you get on stage or if you actually are going to say anything. I have realized that there are two types of performers. Those who are comfortable talking on stage and explaining their songs, discussing their feelings and interacting with the audience. On the other hand, there are those who go on stage, talk as little as possible and just perform their piece. As much as I want to be at ease on stage, I only really relax when I get into my song and either forget about the audience or bond with some of its members over the song. Since my first Open Mic, my confidence on stage has evolved and every time I push myself to do something out of my comfort zone. The beauty of being a performer at Open Mics is that there are so many possibilities of what you can do on stage as much for a solo performance as for a group performance. And to calm down your nerves you can always get one of the two free drinks you get for performing before going on stage.

Overall, I think Open Mic events reaches a diverse audience of students as it entails more than just people performing on stage. It is a way to bond with friends and get to know other students better. Never mind the motives for your presence at the event, the importance is that you are enjoying yourself while hearing some live music.

Florence Mazzetti, Class of 2021, is a physics, cognitive science and musicology major from Alsace, France