My Experience As a Jury In a Film Festival 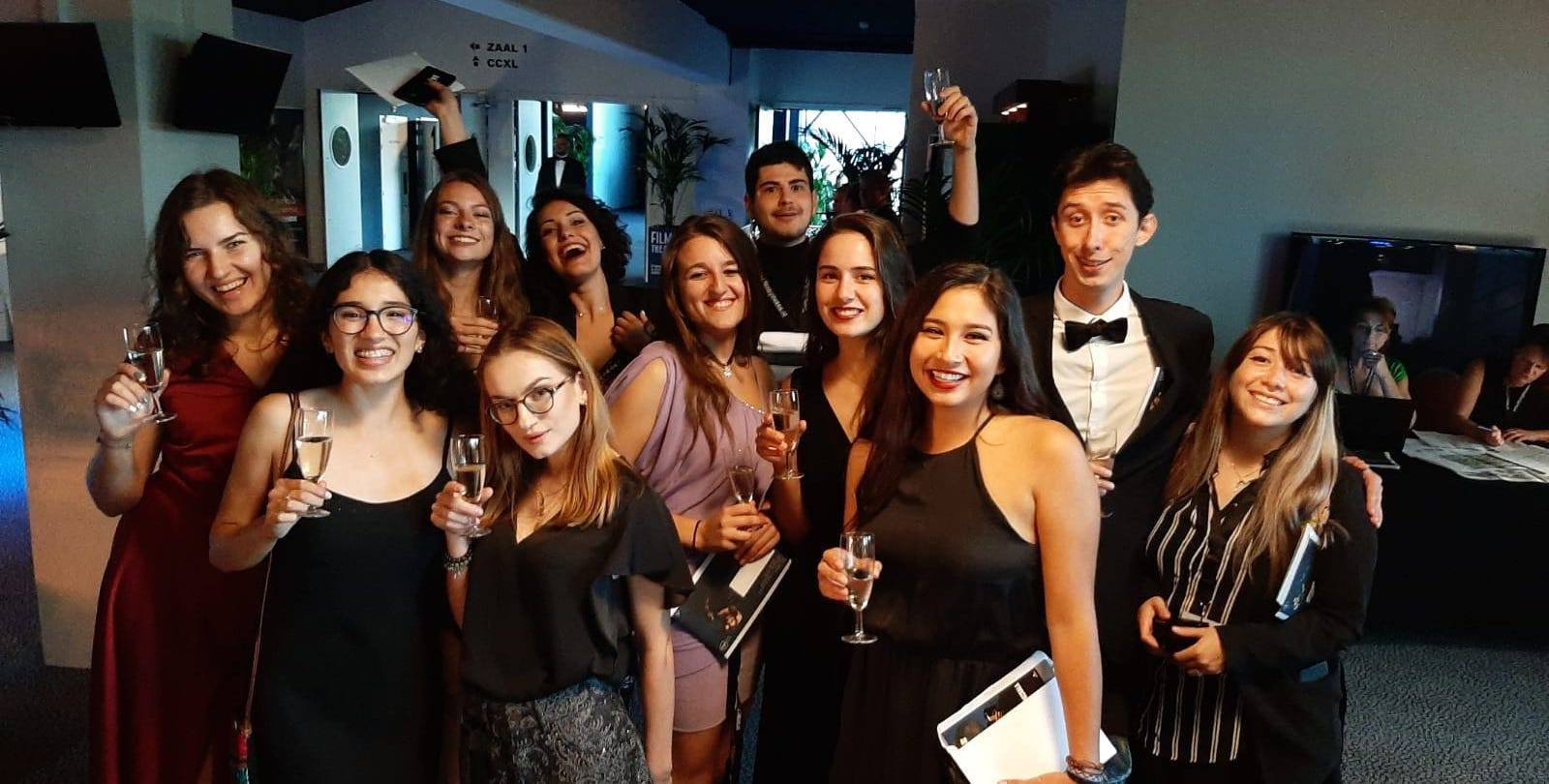 Some weeks ago I was able to participate as a jury in a wonderful film festival called Film By The Sea. Film By The Sea is an international film festival that takes place in Vlissingen during the month of November, and is considered as one of the most important film festivals in The Netherlands. The festival gives various different awards, out of which three go to movies: one is granted by the Student Jury, one by the International Student Jury and one by the Official Jury. The festival also awards books, as well as individuals for their outstanding career in the film industry.

Last semester, I saw an announcement in one of the weekly newsletters inviting all students that had a particular interest in the movie industry to send their CV and a motivation letter. The students chosen would be able to join the International Student Jury in the Film By The Sea film festival. I immediately sent my CV and my motivation letter, and later that month, I received an answer inviting me and two other UCR students (Lucia Bertoldini and Claire Dépit) to participate in the jury. We soon discovered that we would not alone in this task. Eight other international students from HZ joined us, as well as our coordinator. In total, we were eleven jury members that together came from eight different countries (Peru, Chili, Mexico, Bulgaria, Lithuania, Latvia, France, and Italy)- each of us with completely different tastes in movies.

As jury members, we were to watch seven non-Dutch movies and choose a winner together. I must say this was harder than I expected, not only because the taste of the jury members were very different, but also because the movies themselves were very different. We saw everything from a Japanese comedy to a Mexican horror movie. After hours of debating, we finally settled on Brian Welsh’s film Beats. The story takes place in Scotland during the 90’s and it is completely filmed in black and white. Through the film, we follow the story of two good friends that come from very different backgrounds, but are united by their will to rebel against a very oppressive society where they do not feel they belong. I must say that the scenography is one of the best I have ever seen. Very carefully designed, it managed to transport all of us into that period of time. The acting of Lorn Macdonald also needs to be mentioned. Despite his young age, he manages to convey a wide range of emotions to the audience.

My personal favourite film was Gabriel Abrantes and Daniel Schmidt’s Diamantino. This film is an epiphany of a pop film. It is a delightful parody of today’s consumerist and superficial society. It tells the story of a an ignorant, yet charming Portuguese footballer that is manipulated by the people around him. This movie had all of us laughing so much we cried. Another film that we thought was amazing was Issa Lopez’ Tigers Are Not Afraid. This movie portrays the violent drug cartel situation in Mexico through the eyes of children. The director creates a unique imaginary world were both horror and magic are present.

This experience was one of the best I have had and I would recommend it to any movie lover. It had been a long time since I had actually taken the time to go to the cinema and watch many films, an activity that I used to do every weekend before starting university. I was reminded of the time I worked in the art department of a small independent movie called Nocturnoby the Mexican director Luis Ayhllon. I was sucked into the world of cinema once again, only that this time, I was a jury member. However, the festival not only enables us to watch and judge seven movies from around the world, but we also took a course on how to efficiently manage the festival’s social media. Furthermore, we attended the opening gala, were invited to several parties and appeared in the festival’s talk show. We also had the chance to meet and discuss with the Student Jury and the Official Jury.

After this experience, I talked to Lucia Bertoldini and Claire Dépit and we all agreed that Film By The Sea film festival had allowed us to get out of UCR and enjoy a good film without feeling guilty. We also made many good friends from outside UCR who we have stayed in touch with. Without a doubt, our love for cinema brought us together.

Lilliana Estefania Padilla, Class of 2021, is a Sociology and Anthropology major from Zacatecas, Mexico.

Do you have any questions about Tabula RASA? Please feel free to send us an email: [email protected]
UCR Uncategorized