Winter Has Come- Here’s How to Feel Happy About It 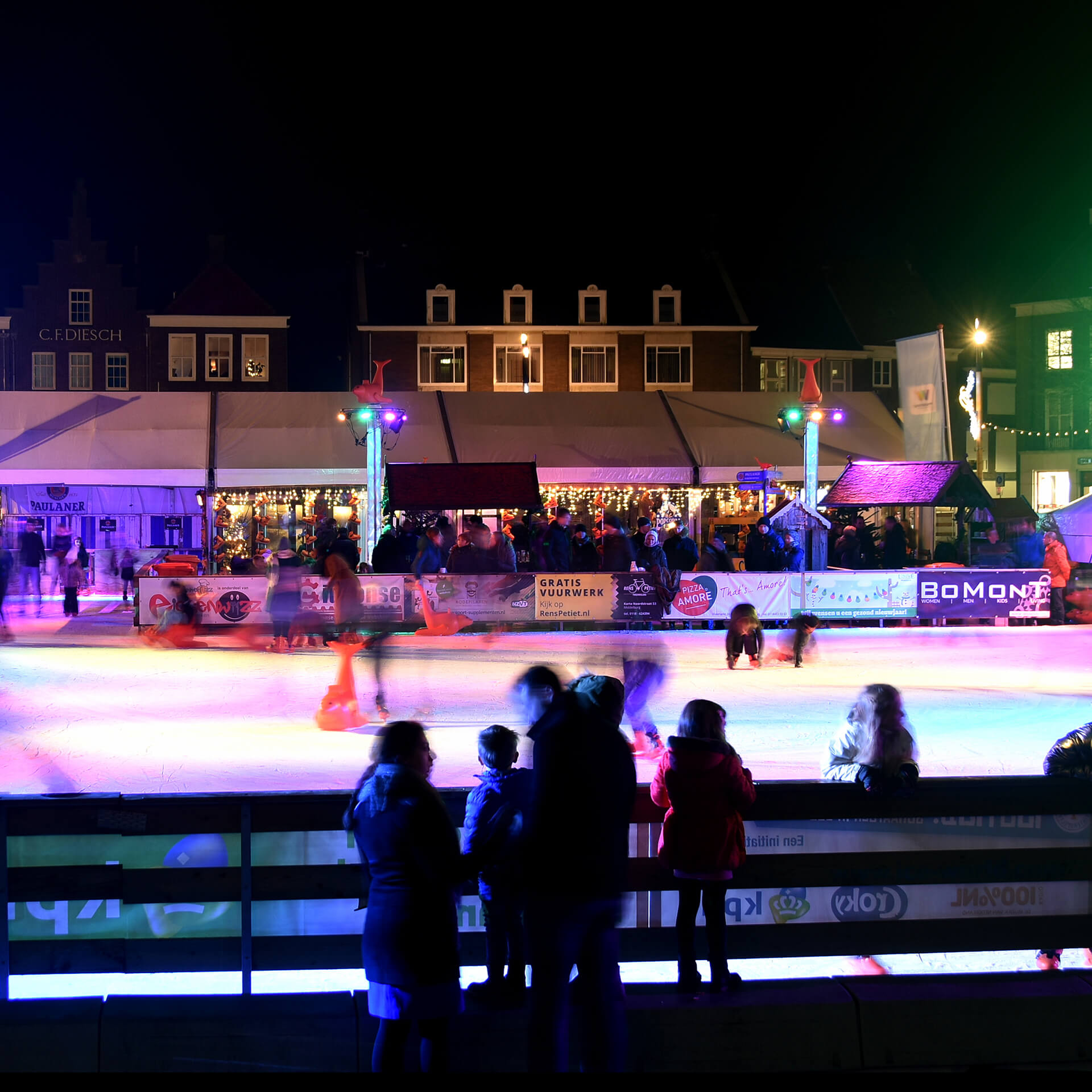 Numerous layers of clothes, steaming hot showers and heaters on five, yes, winter has made its dreaded arrival. For the past couple of weeks we have all been living on edge, wondering when this transition was going to be permanent and sadly, we have gotten the answer. The leaves are no longer yellow and the light leaks that we were intensely taking advantage of have disappeared. Instead we now have to adjust to the grey skies, pitch black mornings and early sunsets (depressing, I know!). However, after the gloominess I went through during my first Dutch winter last year, I told myself that I will look past the things I usually focus on and actually try and enjoy the winter. I implore everyone to join me because complaining about this cold will just drag it out even longer than it is here and really, some aspects of winter can be very beautiful.

I mean, our official but unofficial kickoff is the most beautiful celebration that actually happens in Middelburg. Nacht van de Nacht (NVDN) happened a few weeks ago and as usual it was a very busy evening for our little city. NVDN is one of those nights where, despite the cold, you want to stay out as late as possible to try and see as many shows as you can. This year, there was even a slight drizzle during the festivities and I still decided to stay out and carry on watching any performances I could. From the deep darkness on streets without activities to the streams of fairy lights and burning fires on busy streets, NVDN reminds us that winter doesn’t have to be so gloomy.

This can be the first thing that actually moves us towards having an ‘’Out and About’’ winter instead of staying cooped up in our homes. There are so many other things that are only offered in winter, which we take for granted because we are so concerned with how cold we feel. The ice rink is such an example, I have only ice skated once in my life and I refused to do it last year because it was “too cold outside.” My friends, though, decided to soldier it out and went to the skating rink countless times last year. I ended up missing out on so many memories which were made on the rink. So this year, hopefully you will see me on the skating rink and I will see you all too! The rink will be on our beautiful square from the 27th of November, which is enough time for any mental preparation to actually set foot outside- I know I will need it.

When venturing out of Middelburg though, there is even more to do that we often never try to find out about. In summer, we are all scouring around for festivals, beaches, and parks but in winter, none really bothers to look for anything to do outside of a warm environment.

Why not venture out into Amsterdam, where the International Film Documentary festival takes place from November 20th to December 1st? This could be a slightly easier transition towards becoming more active in winter months because for the most part, you are still shielded in a warm and cozy movie theater. Although this festival only takes place in winter, it is still the Netherlands’ biggest film festival and it is delightful for all independent film lovers.

While in Amsterdam, I have heard that it is also worth checking out the carol concert at the Concertgebouw. There is a very high chance that you will see me here as well because I have always been a sucker for Christmas carols. There is nothing that can get you feeling more festive than reminiscing about your childhood and singing along to some carols. While on the subject of Christmas, this is also the season of Christmas markets. You can take your mind off both academics and the cold with some authentic retail therapy. Christmas markets are a great place to just walk around aimlessly, sipping on some glühwein or a hot chocolate, or do your Christmas shopping and look for some unique gifts. The markets in Dordrecht and Groningen are the most famous ones in the Netherlands, because they are the biggest and most lively, so definitely check these out if you get a chance. If not, UCR will be hosting its very own Christmas market on the 12th of December and I can’t think of a better way to wind down around the end of the semester. Last but certainly not least, Dutch or not, everyone appreciates the time of year where the oliebollen become easily available. So if nothing else can convince you to leave your house, I am sure you will for some oliebollen!

Alisa Adams, Class of 2021, is a Law and Politics major from Harare, Zimbabwe