Explaining Things to My Hamster 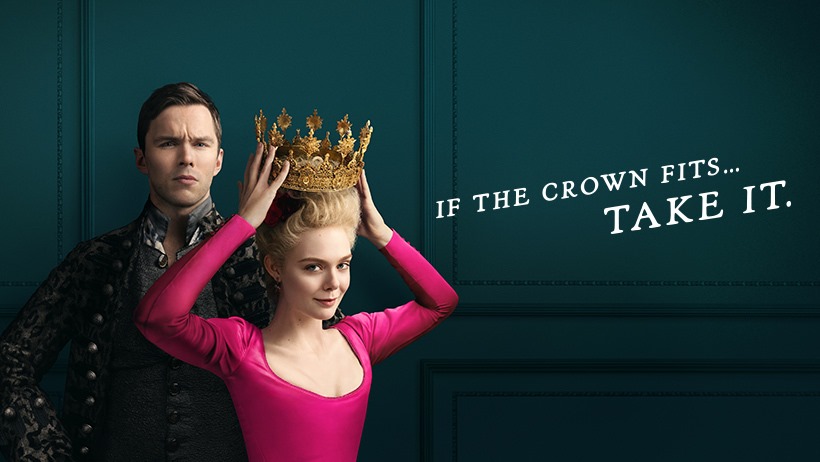 On many evenings during corona, sitting alone in my room – or, not entirely alone- I pass the time by watching series. In lonesome solitude one night (except for the company of a small rodent), I began to reminisce of my time as a fourteen-year-old girl, addicted to Gossip Girl, which in turn reminded me of the joy of television. Thus, here are two favourite new recommendations- to watch if in need of some procrastination.

I am terrifying!
– Catherine the Great

If you are looking for a historically accurate show, this definitely isn’t it. The Great is a satirical show about the rise of Catherine the Great, empress of Russia in the 18th century, and it mainly focuses on a plot to kill her husband. It is made by the same people who made The Favourite, a cinematic masterpiece. Even sitting here writing about the show takes me to some weird places. Why should you watch The Great?, my hamster asks in a whisper.

Although the series can sometimes be a bit excessive in its cursing and crass commentary, as if obsessed with showing the grotesque, the show as a whole is this explosion of campiness and absurdity, and thus, really entertaining to watch. Catherine the Great starts out as this naive young girl but along the way, she turns into this scheming power-hungry lady who utters a lot of Russian versions of the famous ‘let them eat cake’. Yet, you as an audience still manage to root and feel empathy for her. Historically, Catherine the Great has been portrayed as a sexual deviant, perhaps because Marquis de Sade liked to reference her in his works (he is an unreliable narrator). A famous story about her has her dying after having intercourse with a horse and the series does a good job in making fun of this reputation. In fact, the show manages, in its absurdity, to make fun of all characters in the show and the excessiveness of the Russian court. One the one hand, this leads to a watching experience full of escapism, but on the other hand, characters like the childish narcissist emperor Peter III (the guy Catherine tries to murder) strangely bring to mind a certain American president.

Obviously, the series did not just borrow its subject matter from Sofia Copolla’s Marie Antoinette. Like the movie, the series has a strangely modern feel to it, in its dialogue, characterization but also things like cinematography and costume design (although the costumes are true to the period, all the fabrics are modern). The highly stylized way of filming the series helps to explain why some of the show feels strangely relatable, as it aids in humanizing the extravagant protagonists. Other than this, it also helps in making the show extremely visually pleasing.

‘Whoa… guys… I just finished Normal… man, I just… I don’t know… what am I, what am I, uh, missing? This, uh, this… this wasn’t good. Not good at all. I’m so confused.’
– Justin, Goodreads commentator

Normal People also came out this summer, a television series based on the heavily hyped book written by Sally Rooney. Whilst many people loved the novel, with Rooney being lauded the ´Salinger of the Snapchat generation´, some commentators highly disagreed, calling it superficial and overrated. My hamster is confused as well, and thus, there is a need for a defense. Normal People is a seemingly simplistic love story following Connell and Marianne from the end of high school to their time at university. Critics of the book call out the unoriginality of the classic Romeo and Juliet-esque romance trope, its simplicity of style, and the fact that there is little plot. However, the main reason I enjoyed the novel was that it put this forbidden love cliche in a modern setting. Often called a Marxist novel, the relationship between the two protagonists serves as an exploration of class. It points out the fact that in modern society, class relations are still very real- and it interferes in the personal too, as well as in institutions like universities. As a literature major, I had to dwell one of Connell’s quotes about his English lit classes: ‘It was culture as class performance, literature fetishized to take educated people on false emotional journeys so that they might afterward feel superior to uneducated people whose emotional journeys they liked to read about.’’

The adaptation of Normal People, something many were a bit worried about, manages to convey the nuances of the novel in a great manner. Other than its portrayals about class, the adaptation also features discussions about love, sex, communication, and consent. Although I don’t necessarily believe that Normal People is this kind of bible about the struggles of young love, I do think it’s an interesting series to watch if you’re interested in power dynamics in relationships and seeing how horrendus people are at talking to each other. Plus, the series’ director also made the movie Room, and it features similar beautiful cinematography.

All in all, Normal People is an entirely different show than The Great, its the common denominator is that they both feature a lot of sex (albeit in different ways). Both series also shine a light on problematic white male characters, not unlike Dan in Gossip Girl. What you want to watch depends entirely on your mood. If you ever want to escape the stress of UCR, you might opt for watching The Great. Afterward, you’ll be happy you at least weren’t born in the 18th century and have the right to higher education (if you are female). In case you are sexually frustrated at UCR (understandable), Normal People is a better choice, as you can vicariously live through its steamy scenes, yet miss out on the possible toxicity of an actual relationship.