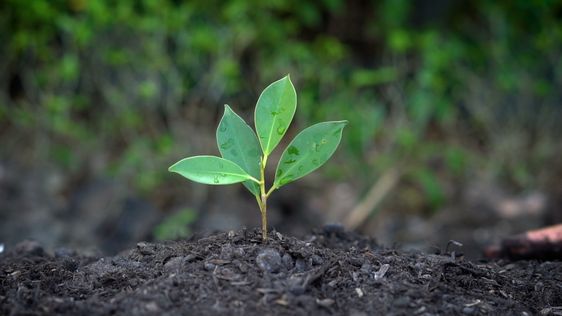 Time may brag, for she transcends the ages
Refuge lean on angels enclosing her
Bounty can rest in taking her wages
Tempt resilience, she’ll refuse to stir

They fought with reason and conquered it all
And have laid siege on love and fantasy,
That dare not think of a thing so palpable
As the providence that they can offer me

The war is fought, the siege rounded with a sleep
As are our lives, our love and dreams we keep

The first sprout appears on her right pinkie, as the tip shows emerald tones that spread over her whole finger. The first one to notice it is her classmate, a hyperactive red haired girl with a tendency to drink too much coffee, who looks at the green and screams, “Alien!”. But the girl with the sprout thinks nothing of it, except that writing her assignments is getting rather thorny.

The little shoot turns into a forever-green leaf, a viridescent wound. And the leaf grows into multiple leaves, sharp deep cuts. Doctors claim she has caught an infection that is proliferating through her blood. They state it is a grave matter and prescribe her bottles of red pills to stuff her mouth with. The girl, with the numbness of eighteen years of woe, swallows them all down.

The second bud pops out on her right toe, happy to be welcomed by the air and the light. Awed by her “vegetative illness”, all specialists in the field of medicine come to see her. They discuss the cause of her sickness, one, two, three times, without reaching a consensus. However, on a sunny day, Dr. Asclepius, a renowned physician, observes that the girl has for a custom to lay on the grass on her right side. So, when he declares this the reason for her greenness, all of the other members of the committee agree. She is, thus, forbidden of going out of her room until further notice.

Nonetheless, slender leaves keep on growing here and there. It is then that physiatrists, biologists, and even philosophists pay her a visit. Standing over her dusky body, they maintain a heated discussion: the physiatrists announce she is beyond salvation, the biologists declare her case as a miracle of evolution, and philosophists wonder about the fate of her soul if she is to become part of the soil. It is also then that her casc hits the papers. I see it on the regional newspaper myself, although I am more bewildered by an article that reads “Two Boys Photographed Jumping Out of a High School Window” and shows a picture of two boys jumping out of a high school window.

However, the news does not go unnoticed by most people as, for a long time afterwards, many around the globe wake up at night with a tingly sensation on their hands or feet, terrified of the possibility of turning into something green. Psychiatric wards report patients who believe they are transforming into oaks, sycamores, or pines. There is even a child who is convinced he has turned into a cucumber plant because his parents force-fed him one. Even though such an idea is disproven to him by some of the greatest physiotherapists of his time, he makes such a fuss about it that his parents decide to never feed him a cucumber again in his life.

Meanwhile, unaware of all of this, the girl dreams of escaping her room to go anywhere where four walls and a hundred scientists won’t be able to trap her. So, when a rare epidemic spreads among the academics attending her, who grow crooked snouts and piglet tails, she jumps out of her window and runs away. That is when I meet her as she walks unto my doorstep. She says she has found out about my existence like I have found about hers, through the papers. Mine is an old case: Ten years ago, I lost a child. I weeped and I weeped, tears streaming by. When all of my tears were gone, I let wood grow over my legs and up, all the way
unto my eyes. And now, with my leaves and bark, I eternally cry myrrh sap.

Since the girl has read about this, she skips any formal introductions and questions me, “What should I do with all this laurel green on my skin?”. I look past her dusky eyelids into her eyes, hazel like my child’s. I see her skin merging into tree bark, the tree bark metamorphosing into her. Evergreen and chestnut brown shine through her canopy, shivers down her spine. I try to reach her, machete in hand, cutting through robust trunks and arborescent ferns. However, the wilderness embraces her, rejects her, loves her, controls her, shelters her. Running along her trees, butterflies, and cascades, I am eternally stuck in the same place.

Before going astray, I drop the machete and pull out of her mind. I remember her question and reply, “I don’t know what you should do but I know what you want to do”. Her eyes glaze over and she stands frozen in time. As a car passes in front of my house, honking, the spell is broken. She slides down the steps of my veranda and onto the grass. Her feet on the ground, giant orchids unfold, an ivory screen runs amok, and hundreds of daisies shoot up. The curtain is drawn: she steps out of her chrysalis. When she walks off my lawn, leaving behind her trail of foliage, I see her for the first and last time. When a month later I receive a letter with no name written on the back and a picture of a remote laurisilva forest on the front, I know it is the last I will hear from her. And I am once again left behind, but this time no sap tears leave my bark.