The Facade of Diversity at UCR 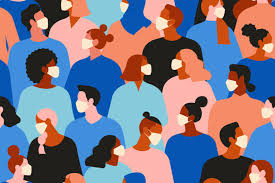 UCR is an international honors college of Utrecht University. That is what it says on UCR’s website and on the Internet if you look it up. Besides all the other reasons, this purported international community boasted by UCR was a determining factor that made me want to come here. However, my anticipation shattered as soon as I arrived at UCR. A surge of disappointment hit me during Introweek because everywhere I looked, there seemed to be no diversity. Where I expected to see a colourful mix of different ethnicities from all over the world, I had to face the rather cold reality that I was a minority and one of the very few people of colour. This observation gave me very queer feelings because I have never been a part of a minority in my entire life, growing up in Asia.

The lack of diversity at UCR was not only visible to me. Several friends of mine, most of whom are Caucasian, also remarked on this. One of my Dutch friends, who eventually left for Erasmus University, commented that it is much more diverse at a regular Dutch university, which does not call itself an international institution. She also jokingly added that at UCR, the people are either Germans or Belgians, if not Dutch. This point, also raised by my professor in the class Academic Writing, where he complained that UCR is overwhelmingly white.

Perhaps what is worse than the lack of diversity is the lack of willingness and initiatives to interact with and learn different cultures at UCR. There is no diversity department at our school as in regular universities. As such, there is practically no diversity talk or cultural events organized by faculty members. For instance, one of my friends who frequently travels to the UK told me that on UK campuses, there are various cultural events organized, such as the Chinese Lantern Festival, where almost the entire community partakes. The only thing that comes close is some of the events organized by CultureCo. But I never got the impression that the whole UCR community participates in them.

The lack of cultural exchange is very ironic at UCR, which proclaims itself to be an international honors college. Perhaps, it is because UCR is a heavily academic-oriented institution. Indeed, I have been at UCR for a little over a year, and I feel like all I have done so far is a constant loop of exams, essays, and presentations. I feel like I have done practically nothing apart from studying and reading. The enormous focus on academics is perhaps why I think there are no initiatives on the part of faculty to actively organize various cultural events or festivals where students can gain new cultural experiences. Overall, UCR has a predominantly white and female population. And this demographic, combined with the lack of willingness of the faculty to start a conversation on diversity, is toxic for all of us as we are not exposed to different cultures and are stuck in this restricting environment that looks nothing like the mainstream society.

We are all stuck in the UCR bubble.