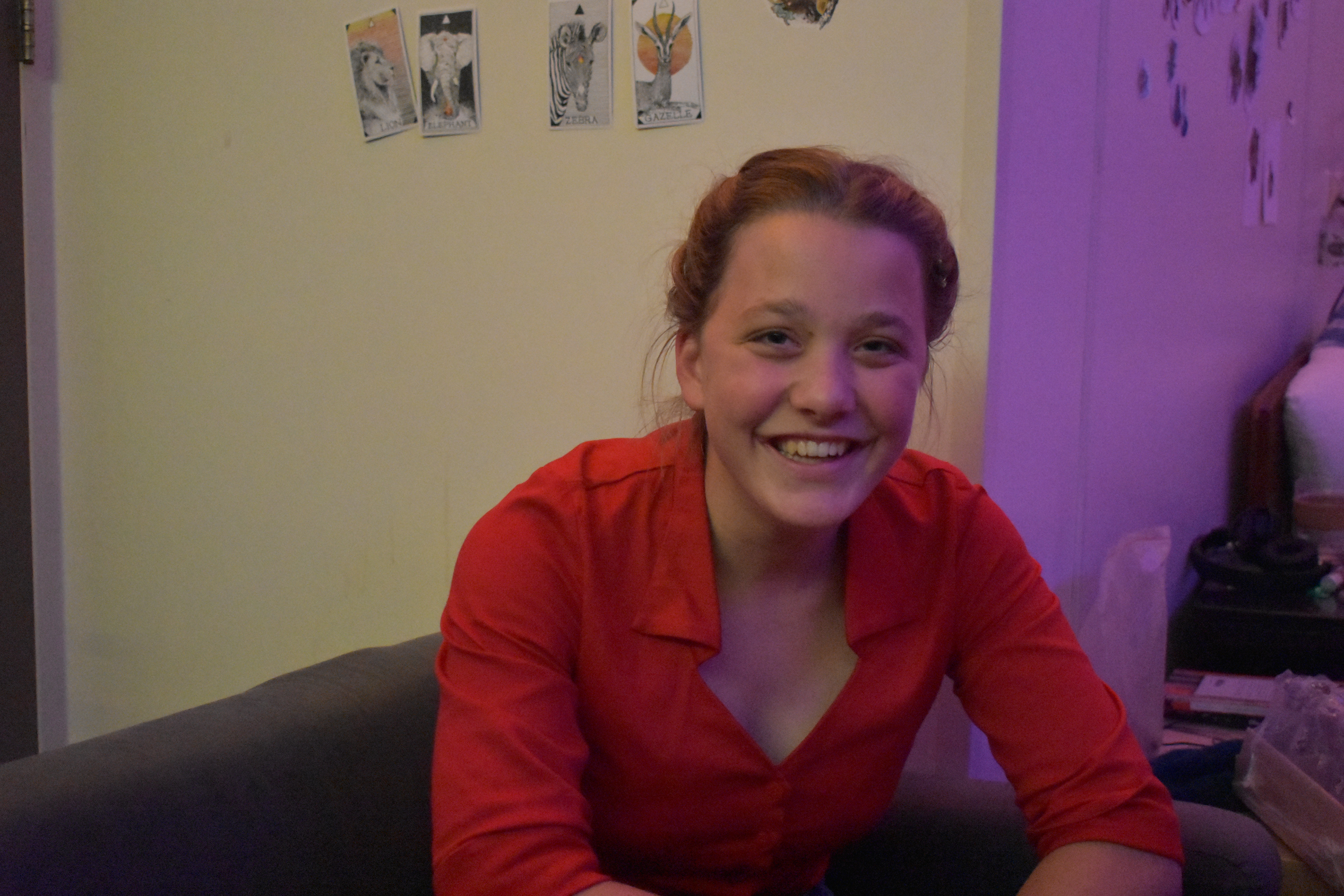 I have to admit I was quite nervous when I came here. It was new, I came right out of high school, and I obviously didn’t know anyone. I have never been particularly good at adapting to social situations. But it has been amazing, to be honest, I never expected it to be so good. I love the teachers, and I love the people around me. I’ve made connections, and I feel like I’ve learned so much in the first seven weeks already.

I must admit I miss my high school. Well, I miss the safety and stability there. Everyone knew me, and it had become my second home, but hopefully, at some point, that will happen here too. I still have to find my way in that.

I’ve noticed it’s been really good for me to expand on the subjects in which I’m actually interested. I’m planning to major in literature and rhetoric, which gives me the opportunity to do what I really like. It gives me the motivation to study the things which I am passionate about, and I was so happy that I did not have to take maths anymore. I was utterly terrible at it, and it was such a relief that I could drop it at university. To be honest, I would’ve failed maths if the exams weren’t canceled.

Besides that, it has been great to go to university with people who share the same interests. In high school, I was an outsider, people used to laugh at me for liking Shakespeare, or for writing poetry because that was something in which only nerds would be interested. Now people actually like it and admire it. People take me for who I am, which is something I could only have dreamed. There is always someone who likes what you like or someone who you can rant with about your passions.

I’m such a poetry freak; it’s terrible. I’ve had this dream for a few years: to go out on the market square and recite poetry. Here I had the opportunity to fulfil that dream, so I did it. It didn’t matter to me how many people were there to watch. I gathered two of my literature classmates who also love poetry to do it with me. It was an experience I will never forget. There were not many people who stopped by to watch, but sometimes you just have to play for one man and a dog. And sometimes it is just the dog. Even that has its charm

My dad went to Ireland when I was fourteen, and he brought me a beautiful edition of “the Song of Wandering Aengus” by William Butler Yeats, and I fell in love immediately. I have never stopped writing, reading, and loving poetry ever since. In the fourth grade of high school, I had an amazing English teacher (who has always reminded me of Miss Honey from the book Mathilda). I only had her for one year, but she was so special to me. Yet one day, she announced that she was going to immigrate to Italy because of her husband’s job. I was so saddened to hear that, and that evening I had an idea: “I’m going to write her a poem in English.” I wrote Dutch poetry since I was eleven, but they were just silly rhymes (I am still ashamed of them). I gave the poem to her the next day. It was a terrible poem, but she loved it. I have kept in contact with her, and she told me the poem is still above her bed.

Last year one of my friends told me I should send my poetry album to a publisher, but I was very insecure about it being good enough. I sent it to a publisher in London, who replied within two days that they wanted to publish it. However, they asked for a gigantic amount of publication costs, which I couldn’t afford. I sent it to two other English publishers, but the same happened. That’s when I started looking into publishers, and I found one that wanted to publish it for free. So my first album came out on the 19th of June 2020, and it’s available on Bol.com and some bookstores. It is a dream come true. I never thought I could do that. Right now, I am working on my second album, but I don’t think I will publish at the same place. I had to do all the marketing myself, which is difficult since the market for English poetry is not that extensive. For me, it’s not about fame, not about making money, not about prestige, but about touching people. About being able to reach out to the hearts of people who read your poetry. To give them some consolation; to give them the idea of “not all those who wander are lost.”

Besides that, I have been working on a Shakespeare play: we’re doing Romeo and Juliet. It had always been a dream of mine, and since THEATRA doesn’t do this, I decided to set it up myself. I just put a message on FaceBook asking who wanted to join, and strangely enough, people liked the idea. Before we knew it, we were rehearsing every Thursday, and we’re going to perform it at the end of the spring semester. We’re quite serious about it. We want to do it as professionally as possible. We plan to perform the play in the park, so we still have to figure out how we are doing the balcony scene. I am playing Juliet, so if the balcony does not work out, I can always climb in a tree to serenade my Romeo. I would love for the Shakespeare play to become an annual thing, and if this one is a success, I would love to do Hamlet and Macbeth one day.