4 Random Good Things That Recently Happened Around the World 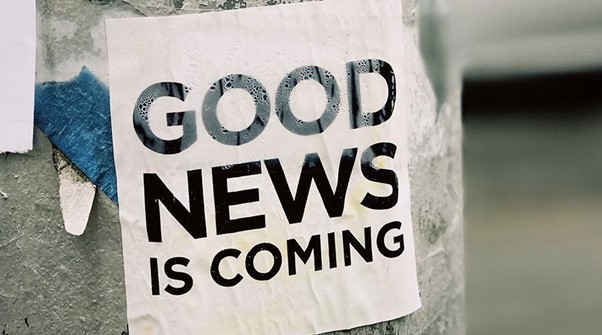 As the semester is coming to an end, and we are all dying from the finals, we do not need any additional depressing or complex things to read (or to write). So I decided to shortly tell you guys about 4 cool things that have recently happened in 4 different parts of the globe.

1. INDIA: Ranjitsinh Disale, a teacher from India, won this year’s Global Teacher Prize. He came to work in a rural school in a village in the Indian state of Maharashtra, where girls&education is not always prioritized, and child marriages are common. An additional hardship was that the school’s curriculum was not in the students’ primary language. Disale decided to learn the language from scratch and translated textbooks and other materials so they would be more accessible for his students. With his efforts, education became more available for local children, especially for female students. Currently, the number of child marriages in the village dropped to zero. Moreover, Disale came up with an initiative that allows for a dialog between Indian and Pakistani students, which was quickly picked up by other schools in the area, and currently, over 5000 Indian students gained friends from the other side of the border. As there are constant tensions between India and Pakistan, these types of initiatives are crucial and may turn out to be an important element of peacekeeping in the region in the future. As a reward, the teacher received 1 million dollars which he immediately shared with 9 other finalists of the competition.

2. COLOMBIA: Thousands of ancient paintings were discovered in the Amazon forest. They were painted over 12 thousand years ago by hunter-gatherers, and they mostly depict scenes of hunting, including many animals that do not exist anymore including giant sloths and ancient llamas. One of the animals depicted is also mastodon, a mammal that I would best describe as something between a mammoth and elephant that lived at that time in the region and went extinct between 10 and 11 thousand years ago. The paintings were made on a cliff in what is now Colombia, and they extend for over 12 kilometers!

3. USA: Starbucks has announced that they are going to provide free coffee to front-line responders in December, to thank them for their hard work during the pandemic. Anyone who works at a hospital, is a medical researcher, works in contact tracing, is a flight attendant or a pilot, and many more can get free coffee this month. Additionally, tens of thousands of people will also receive additional care packages. It might be just a publicity stunt, but when I heard it, it made me smile, so I had to include it here.

4. AUSTRALIA: The Australian ASKAP (Australian Square Kilometre Array Pathfinder) telescope managed to find 3 million new galaxies in less than two weeks. It is incredible news, as previous sky mapping initiatives took years to complete. ASKAP has already delivered plenty of data to work with for the astronomers, for example, to study how the galaxies are formed or how they interact with black holes, but ASKAP work has only started. Millions more will be probably discovered in the near future.

Haynes, Gary. American Megafaunal Extinctions at the End of the Pleistocene . Springer, 2008.