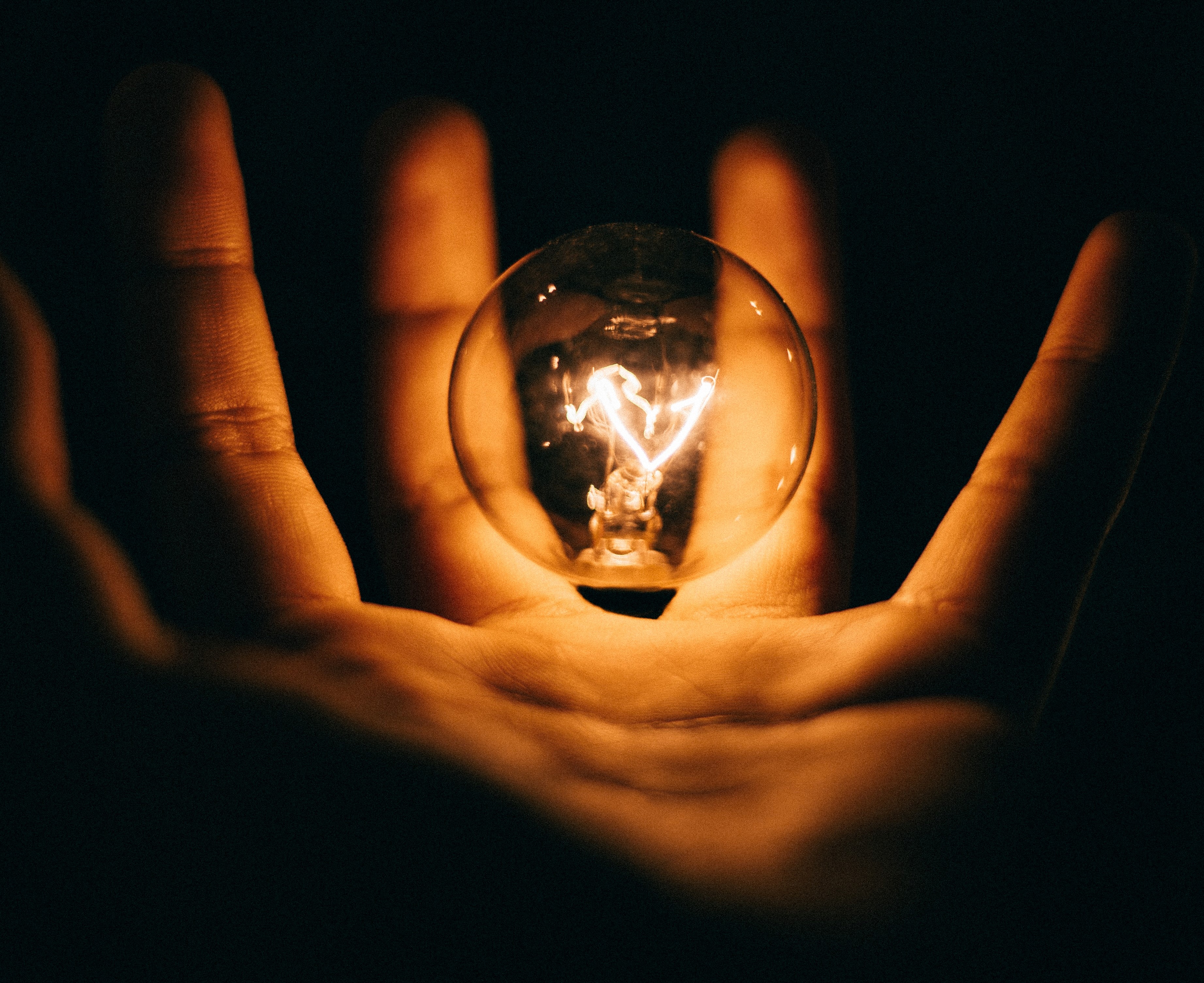 I turned off the light. Or -well, in all truth, I never really turned off the light- I waited and waited until the lamp’s last light had simmered out. It first occurred to me that I could have just turned it off about five months after it broke. Instead, I had just sat there and looked at the light and the moth that endlessly circled and circled it. Months passed, the clock turned back an hour and forward an hour and back again and the lamp stayed on that whole time. I had at least seven sessions of fifty-five minutes with a psychologist named Claire. After the first one, she told me I had two disorders that I don’t think she would have diagnosed me with if I had been more honest with her about how I had been spending the last half-year looking at that glowing lamp and wondering if I was doing the right thing for this moth.

After coming back from one of those sessions, I googled why do moths circle lights and it turns out that we don’t really know -scientists have speculated that the artificial light might for some reason throw off their internal navigation systems, but we can’t exactly ask the moths how their sense of orientation is holding up. All we can really do is make a guess about how they feel.  My least favorite theory, which happened to be among the favorite of scientists, is about the female moth’s pheromones and how the wavelengths that the male moths perceive might be similar to that of artificial lighting. I cannot pinpoint why exactly I dislike this theory so much, but I think it might have something to do with feminism. My favorite theory is that they are less attracted to lights when there is a full moon because they are all too busy flying toward the moon. This is scientists’ least favorite theory because it would disrupt their life cycle too drastically to turn to the moon each month, flying higher and higher and higher, it just wouldn’t make sense, the internet tells me. But it makes sense to me, still.

All these theories about disoriented, misguided moths made me very worried that I may somehow be harming the moth by keeping it circling around the lamp, which made me wonder about how my moth was still alive in the first place after all these months and how much longer my moth would be able to keep up with this. Whenever I thought about these things for long, my lungs and heart would start to tremble so much I could hardly keep standing, and my brain would become so awfully aware of how my skull was just slightly too small to contain all of that cerebrum comfortably, and so I would take one of the oxazepam pills that Claire told me I should only take when the fear became too much. A few weeks after she had prescribed me these, she changed her mind and instead prescribed me a daily pill of citalopram and that stopped most of the fear from then on.

I never admitted just how much time I spent there. To some degree, I was always aware that people would question it, and I suppose I must have felt ashamed, but still, I could not get myself to stop. Some things need to be experienced all the way through before you can admit that you should have never stayed there for so long. I quit therapy after a year and told Claire I was feeling much better and by then I had still never mentioned that I had been sitting and looking at a lamp and a moth for all of that time. There had once been a period when I could have told her about it, but after a certain amount of time the moment to mention such a thing passes, and by then a year had gone by and there was just no way to talk about it anymore without explaining why I had decided to keep this from her for so long. It would have just cost so much energy, and frankly, I had no real explanation to give her for it, so it seemed easier to just stop seeing her. By then, the lamp had started flickering.

I worried about what would happen to the moth once the light was gone. Each time its light flickered out I would hold my breath until it would flicker on again. Then we would gasp for air, me and my moth, the moth that defied all of biology by staying alive to circle this one lamp. The flickering was still so slight and infrequent back then, so most of the time it did not bother me much. If anything, those moments made me appreciate the light so much more when it was on. It was a very stable time. I think I may have been happy. I worried about what the flickering might mean for the future sometimes, but for most of those months, I really do think I may have been happy.

For the last few months of the lamp’s lifespan, it would stay off for weeks, flickering into being only for such brief moments that my eyes hardly had time to adjust to the brightness before it would leave again. I spent those months endlessly wondering if this time had really been the last time if I would ever get to see its light again. In those weeks, I could not think of anything else, the lamp somehow more present in its absence. The light was all there really was in those weeks of darkness. The last time it flickered back on, I knew its finality. The dark period had been longer than ever before, and that final leap of brightness was so intense that I could see it burn out in front of my eyes. During those last moments of light, all I could think of was its ending. Perhaps it had been all I had really thought about for months. After it turned off, I sat and waited despite the feeling that this time it would not return. Weeks passed and the lamp stayed off. My eyes slowly adjusted to the dark, and at first, I resisted this. I was not ready to return, unsure if I ever really would be.

It took me weeks before I felt brave enough to stand up in that darkness. Another few weeks before I walked. It was then, about two months after the light had last been on, that I found the moth lying there. I had never gotten a close look at it before, but it looked like it had been dead for much longer than two months. Hardly any of it was left – its wings hollowed out, and the body that remained was merely a suggestion of a body. I googled moth decay time which told me that insects do not really decay and yet here it was, a fragment of the insect that I would have sworn I had spent my last two years providing with light. How long it had been lying there, how long it had not been circling the light, I had no idea. In retrospect, I only remember the lamp. How it would run out one day; how dark the world would be. I had been so captivatedly worried about the imminence of my lamp’s decay, that I had forgotten to consider why I had even wanted it to stay on in the first place.