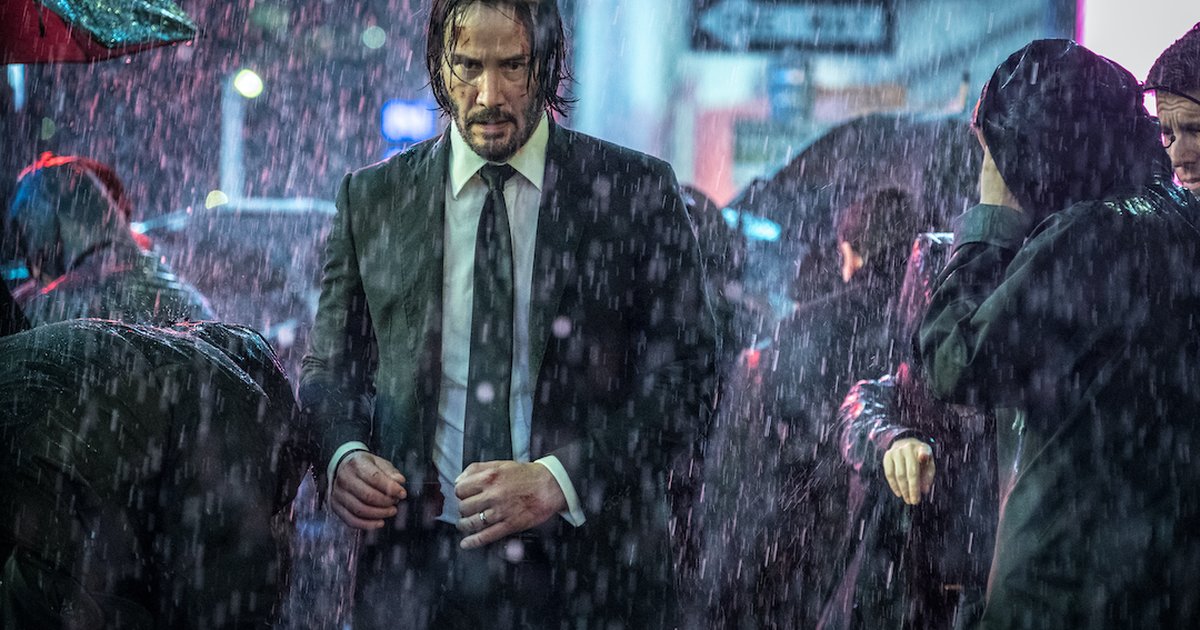 With the release of Matrix 4 this winter, we could say this decade marks the return (of sorts) of Keanu Reeves into the limelight as our beloved action star. He is a celebrity that has amassed immense notoriety and fame for what is, in fact, only just a handful of films. If we ignore Knock Knock, Keanu Reeves has come back with a bang in the 2010s thanks to the smash hit of John Wick and its subsequent sequels. With excitement and expectations with the recent trailer for Matrix 4, I wanted to look into some of Keanu Reeves’ most notable films.

Matrix is perhaps the film for which globally he is best known (although John Wick’s synonymity with Fortnite might have reached an even greater audience in the modern-day). Therefore, it is also his most well-known and oft critiqued performance. I personally find his performance in these films to be somewhat lackluster and bereft of much emotion. In this case, and as you may see in many of his films, it is not often a concern when the film is preoccupied with action scenes and. It could be argued also that the lack of emotion could be a creative choice on the director’s part because Keanu plays a god-figure. It is ironic however that Neo displays fewer emotions than the AI program Agent Smith, who Hugo Weaving gives great eccentricity.

Barring Bill & Ted, Point Break is one of Keanu’s first major breaks and his first action film for that matter. Point Break was released in 1991, starring Keanu as an FBI agent going undercover in a surf group — led by surf guru played by Patrick Swayse — to find out who is committing major bank robberies.  The film was not a major blockbuster but has gained a cult following and is now remembered fondly thanks to Keanu’s subsequent fame. The best way of looking at this film is like with many of the 90s action films – or b-movies for that matter – to see them as solely popcorn movies and to turn your brain off before watching them. This is easy enough with films like John Wick and Fast & Furious, who are frequently self-aware of their ridiculousness and often lean into them or, at least, weave them into the story and characters.

This film, however, teeters on the edge of goofy absurd fun and oversaturated bland character drama. The problem is the film often takes itself far too seriously and attributes too much significance to what often are its weaker aspects. Some of those weaker aspects are the muddled character drama and the often-clichéd writing that accompanies it. The actors themselves are not known for method acting either so they play themselves more than the characters they’re meant to be. The film clearly wants you to respond to important character moments or death scenes in  a certain way, but nothing on-screen can justify any real emotional investment, they neither earned these moments nor do them well enough. In this regard, some of the funniest parts of the film are often unintentional or because of the unique performances. It does however win at providing action entertainment and very funny/goofy moments. It might’ve benefitted from being a bit more laid back and self-aware at times.

I think the film really gives some indication of future problems faced by those directing Keanu Reeves. He is not a particularly fantastic character actor, no less a method one. As long as you give him some good material or put him in a fight/chase scene it’s no problem. Ask him to be heartfelt and touching and you get the muted romantic chemistry in Point Break, that even the movie itself gives upon in favour of the bromance between Patrick Swayse and Keanu.

It also comes down to who directs Keanu. The Wachowski’s might be considered visionary artists visually speaking but they’re not known for their character drama and it shows in their films. The same is with Point Break director Kathryn Bigelow, whose Hollywood films are quite a few but rarely any of them lauded for character or writing, even if packed with massive stars like Harrison Ford, Jeremy Renner, or Ben Affleck.

Strangely enough, Keanu was offered a leading role in Bram Stoker’s Dracula, released in 1992 and directed by Francis Ford Coppola, a legend of the craft. It is perhaps one of the last times a director considered him for a mostly speaking role and certainly the last time they’d ask him to do an accent. It’s still baffling to see Keanu Reeves play an aristocratic gentleman in 19th century Britain. It’s perhaps best showed in that film why, even under the tutelage of the best, it seems clear Keanu Reeves is more adept at action than drama. Although ironically enough, the director himself found little to critique of Keanu Reeves, despite the widespread critical bombardment for his performance, due to his extremely nice personality.

It is in Speed, released in 1994, under the director Jan de Bont, that I think we see Keanu Reeves in a role fit to his skill set. The direction is what brings that movie together, what makes the action set pieces so fluid and never too pretentious, often giving more of a down-to-earth look at what happens. Reviewers might refer to this direction as ‘workmanlike’ but in this case, it does a good job of sticking to the realism of the threat and giving a good overview of everything that is happening. It is this workmanlike direction that describes the films of Kathryn Bigelow very well. This time, Keanu plays an agent yet again (CIA this time), who has to rescue a bus full of people, rigged with a bomb that explodes if they go under 50mph.

Keanu Reeves plays a solidly entertaining and likeable character. It is not a particularly unique character in comparison to some of the more well-known heroes, but he does it charismatically enough. Much of his acting is in reaction to shocking events within the film and playing off of his sidekick, played by Jeff Daniels. He also builds a relationship with the bus driver in the film, played by Sandra Bullock, but that never requires any more from him than one-liners and friendly smiles. Thanks to the work of the director, in an effective death scene of his sidekick, the sympathetic nature of his situation, the friendly demeanour of Bullock, and the music; his emotional reaction is ultimately done well. Strangely enough, even if the acting is not too dissimilar from Point Break, the interactions between Keanu and Bullock are much more effective here. Their romantic relationship… less so, but that is also because all they can really do is talk about what’s happening on the bus. The movie is a blast and holds the audience at the edge of their seat. The movie still has excitement even in the third act when you think the villain’s jig is up.

In the end of course it doesn’t always matter how good an actor actually is at acting ironically enough. Some of the most famous and the richest actors are also the ones said to be mediocre. Look at the fame of Dwayne Johnson and John Cena, who very clearly did not spend their lives working towards being able to act but do so anyway with great success within just a few years. We all know what acting is but to do it is something else entirely. Reviewing it often also means critiquing something you can’t even do yourself. Keanu Reeves has not only given many people amazing films to grow up with, but he is also apparently a great guy off-screen. It is strange in any case when someone achieves world-fame from so few movies but his return to the silver screen is certainly nothing to complain about. He has showcased he can have great screen presence and he definitely kicks ass when he’s doing action.