The Island Jail – Rohingya in Bangladesh 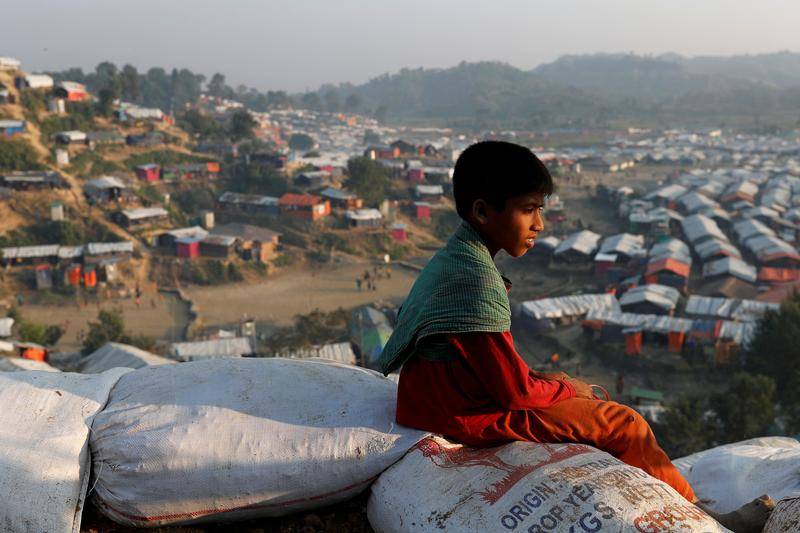 Until recently, thousands of Rohingya refugees have been living in the largest refugee camp in the world: Kutupalong Refugee Camp in Cox’s Bazar, Bangladesh. However, since December 2020, the Bangladesh government has moved nearly 20 thousand Rohingya refugees to the remote Bhasan Char Island, despite protests from refugees and human rights groups comparing it to an island jail. A leaked copy of a UN agreement further revealed that the United Nations agreed to start working on the island, knowing that there is no guarantee that refugees will be allowed to move freely to the mainland. This has resulted in many disputes about whether the UN is actually helping to detain Rohingya refugees on the island by providing services on the camp, which is especially important to consider since the agreement has been leaked, not published.

But who are the Rohingya? The Rohingya are an ethnic and religious (Muslim) group, generally originating from the Rakhine State of Myanmar (Burma), where they live as a minority. Moreover, the Rohingya are known as “the world’s most persecuted minority.” The Tatmadaw (armed forces in Myanmar), which is now back in charge after the coup in February earlier this year, has been in constant warfare with ethnic minorities. General Min Aung Hlaing devised the military campaign of terror on Rohingya Muslims, who was recently excluded from the leaders’ summit by The Association of the South-East Asian Nations (ASEAN). Min Aung Hlaing forced thousands of Rohingya to flee the country, stripped them of their nationality, rendered them stateless, and thus exposed them to gruesome brutalities such as systematic and widespread attacks, extrajudicial executions, arbitrary arrests, and torture. Even though international prosecutors identified the actions of the Tatmadaw with genocide, Myanmar excused the actions of the Tatmadaw as a legitimate campaign against insurgents. Previous historical events and widespread attacks have resulted in many waves of Rohingya Muslims fleeing to neighbouring Bangladesh, where they are often denied fundamental rights as they are severely restricted in terms of work, education and now freedom of movement.

As a solution for severe overcrowding in Cox’s Bazar, the Bangladesh government moved refugees to Bhasan Char. Still, along with food shortages, unreliable water sources, lack of education and healthcare, and extreme movement restrictions, refugees and humanitarian workers fear that those on the island are put at risk without the appropriate storm and flood protection considering the upcoming monsoon season. A Human Rights Watch report based on interviews with refugees has even described forceful relocation of the refugees without their consent and authorities falsely promising better conditions on the island than on the mainland. Some refugees also claimed that their relatives were arbitrarily detained and injured for their attempt to leave the island.

Earlier this year, Bangladesh invited diplomats and UN teams twice to showcase the island to ensure that there should be no concerns regarding the relocation. Nonetheless, these visits were highly orchestrated, with only a “selection” of refugees allowed to speak to the diplomats and only in the presence of Bangladesh officials. What followed were contradictory statements of the UN whether the relocation is justified or not, or whether the island is habitable or not, and a promise of further discussion on the future of UN operational engagement on the island. The treatment of the Rohingya, a group haunted throughout history by systematic attacks, trauma, and suffering in Myanmar and Bangladesh, is deeply upsetting and heart-breaking. Unfortunately, the Rohingya, and the flaws and inconsistencies of the UN, are receiving inadequate attention.

“An Island Jail in the Middle of the Sea”: Bangladesh’s Relocation of Rohingya Refugees to Bhasan Char. (2021). Human Rights Watch. https://www.hrw.org/report/2021/06/07/island-jail-middle-sea/bangladeshs-relocation-rohingya-refugees-bhasan-char

Gnanasagaran, A. (2017, September 11). The inconvenient truth in Myanmar. The ASEAN Post. https://theaseanpost.com/article/inconvenient-truth-myanmar

No free movement clause in UN deal for Rohingya on island: Report. (2021). https://www.aljazeera.com/news/2021/10/15/rohingya-free-movement-guarantee-un-deal-bhasan-char-island-bangladesh