Why Do We Know Friday the 13th? 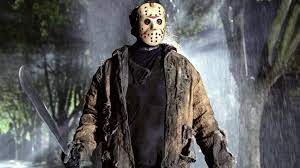 With another Halloween that has come and gone, I was reminded of some of the holiday’s most infamous icons and horror in general. Jason Voorhees, I’m sure you’ve heard that name alongside that of Freddy Krueger and Michael Myers (from Nightmare on Elm Street and Halloween, respectively). But why? These names are commonly known despite their oddness and being rather distinct. Some aspects of our culture train us to recognize names with little to no context behind them. Most of us have heard of at least one, if not all, of these famous serial killers- Ted Bundy, the Unabomber, Jack the Ripper, the Zodiac killer, Jeffrey Dahmer. Same with famous criminals, especially in the US, where even in merely 400 years of statehood, they have amassed an endless list of criminals with long-lasting legacies in pop culture. Movie characters are no different. Despite huge generational differences in pop culture, plenty of fictional names have remained in the common lexicon. Even if many of us have never even watched or read the source material from where they come. In this regard, I’ve always wondered why Friday the 13th and Jason Voorhees have become so well-known, despite the films which spawned this popularity.

Let me start by saying Friday the 13th, if you haven’t watched it, isn’t particularly universally renowned. It is a movie franchise that is oddly eccentric, often made from low-quality productions and with hopelessly outdated tropes. In brief, Friday the 13th is a horror franchise most commonly associated with the slasher genre. It follows Jason Voorhees, an unspeaking, hockey-mask-wearing, cold-blooded murderer who goes around killing teenagers in a summer camp. For all intents and purposes, this is what pretty much the synopsis of all the films in the franchise. The first film, Friday the 13th (1980) is often cited as one of the staple films of what is called the slasher genre, alongside earlier films like Halloween (1978) and Black Christmas (1974).

There have been 12 films created in the Friday the 13th series (including the Freddy vs Jason crossover). The last movie was released in 2009, now 12 years ago, and besides a video game, the franchise has practically disappeared from the radar. One would expect a similar return to the recent Halloween reboot films, but it seems that with legal issues, we won’t be seeing another Friday film for several years. Yet, even at their height in the 80s, these movies were never the most successful. The first film, in 1980, reached 4th on the international box office, although making only 20 million compared to Empire Strikes Back’s 257 million. The subsequent 11 films never went above 21st place in the international box office, and they didn’t do much better domestically. Friday the 13th movies were released more like b-movies or straight-to-video films, the kind of cheap horror film a studio like Paramount could release a dime a dozen without much of a thought. In a true story, the original movie was made because the producer of the first Friday the 13th film, Sean S. Cunningham, asked the director if they could rip off Halloween (1979) because it was making so much money at the box office. Halloween had made back their production budget 150 times, $50 million in revenue to be exact. This opportunity at a profit was so enticing that it was already being marketed before the movie had ever been written or discussed. The title ‘Friday the 13th’ was thought up, and an ad for it was put into the Variety newspaper claiming it was “the most terrifying film ever made.” This was enough to convince investors to put their stake into what they hoped would be a big hit. This profit-based sentiment is ever so obvious when you watch these films, and it makes it all the more confusing as to its long-lasting legacy.

One of the elements that allowed this franchise to last so long and so prominently within cinema is its enduring clichés and film structure. I have watched 10 of the films of this franchise, the 10th one being Jason X, where he goes to space and turns into a cyborg. Strangely enough, it’s not even the silliest thing that’s happened in these films. Pretty much all of these films follow a strict structure and do little to deviate from their tried and tested formula. These films are known for their shallow and incredibly idiotic, and, often, horny characters. These characters are so comically stereotypical or bland that you can’t help but laugh at them most of the time. Most of the characters are there just to die in horrifically gruesome manners; each film making an effort to invent new ways to kill them. This also means the films stick to slasher character archetypes that you might recognize like; the stoner, jock, cheerleader, nerd, and most importantly, what is dubbed the ‘final girl’. The strange thing is that you don’t watch these movies rooting for the campers but for Jason, the only actual memorable character in the series. However, it took three films for these films to give us the Jason Voorhees we recognize. In fact, the first one is not even about Jason at all, he’s supposed to be dead in that film while his mother kills teenagers in vengeance. It isn’t until Part 3 that he even gets his famous mask, and there’s even a film in which some random person takes over that mask and pretends to be Jason. But for the remaining Jason has always remained the near-invincible zombie he is. Friday the 13th, like any successful franchise, succeeds by repetition, and lots of it. Like any long-running horror or action franchise, it is these elements that people keep coming back to watch.

Friday the 13th is anachronistic. This would usually be a flaw or a critique of a film, but it is what makes this series so charming. In hindsight, the charm of many b-movies is their anachronisms and uniqueness, however outdated and ridiculous they are. Many of these films are hilarious, often unintentionally so. The films don’t take themselves too seriously, which helps the audience maintain their suspension of disbelief. These films have telekinetic children, toxic waste turning people into babies, a parasitic worm with Jason’s soul, and a teleporting serial killer. The filmmakers get desperate at times, and the budgets only get lower. Like B-Movies, the practical effects of these films help add to their charm, with many different artists putting significant effort into prosthetics, beneficial products, and stunts. Similarly, the actors also add a lot to these films, whether they are ridiculously wacky, super dedicated, lazy, or trying to make a lasting impression in their first big gig.

Describing these films would take more than two pages, and I wouldn’t even know where to begin. The funny thing is that these films border on cinema, many of them are ‘uncinematic’ in a way. They adhere to a simple slasher structure, not a three-act structure with plot, character arcs, and emotional catharsis. Why this film series has stuck, and others have sunk, escapes me. These are not fine art, nor are they high-budget blockbusters. Some people could call them cheap trash, and they wouldn’t necessarily be wrong in a manner of speaking. It comes down to is the entertainment value, and while some of these films have left me unbearably bored, many of these films were very entertaining in more ways than one. When something goes wrong in an arthouse film, we judge and critique the film for it. When something goes wrong in a slasher, it’s just part of its charm. When it comes to the budget, production, effects, acting, writing, visuals, camerawork, all of these elements are not particularly ingenious in these films. They can often be flawed, but ultimately, it’s just a Friday the 13th movie. When the films don’t take themselves seriously, neither do you, and their flaws are all the more enjoyable and entertaining for it.