Why To Attend Protests 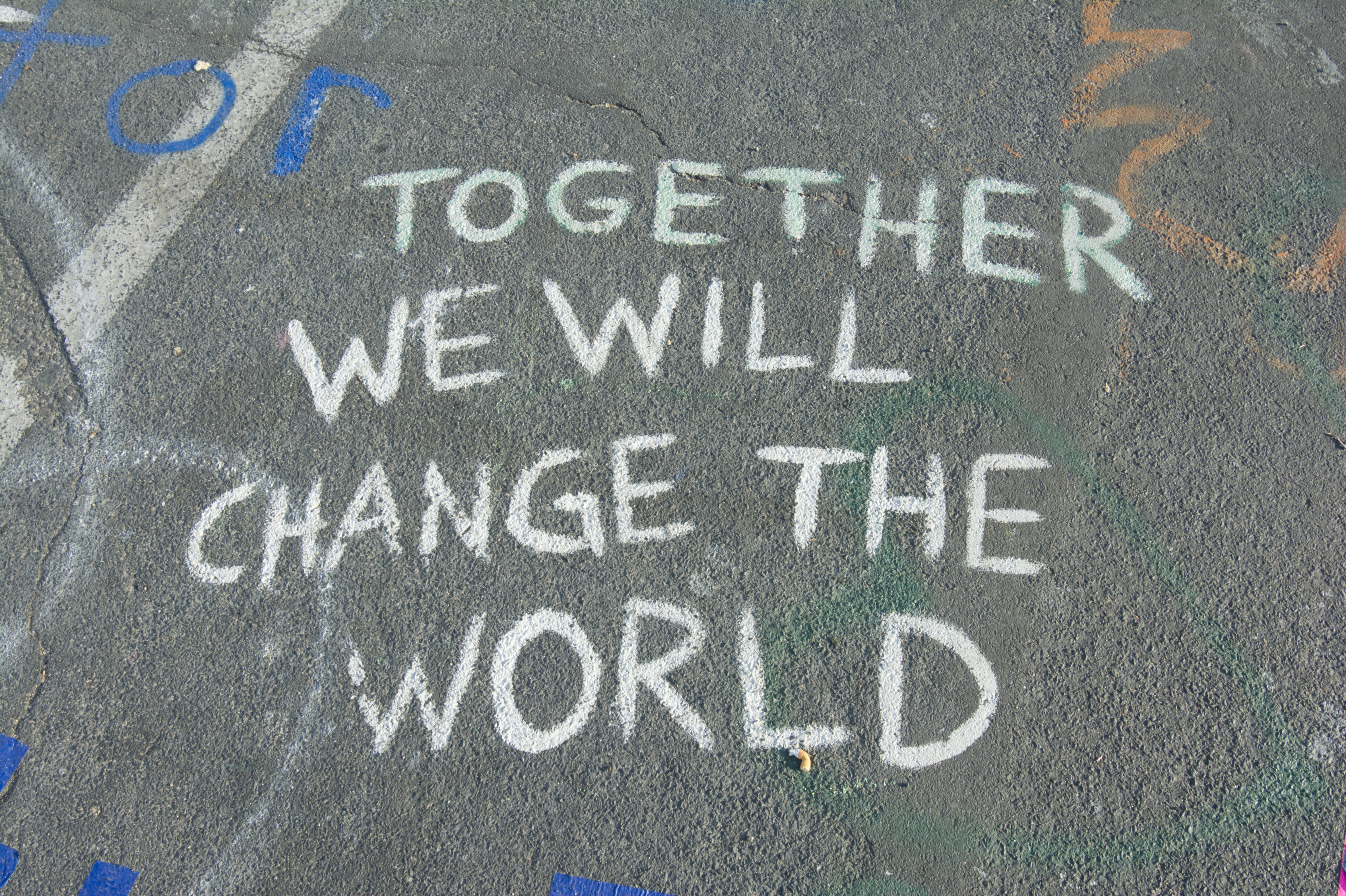 I am writing these words when arriving back to my room from the protest for Ukraine in the Hague on 26-02-2022. I am emotional and overwhelmed, in the best sense of those two words. I am energized and full of hope. But not in the innocent idea of hope, but in an understanding of the smallness but greatness humanity shares.

I think there is not a single person that attends a protest and does not ask themselves: “does this really help in any way?” There is no surprise we ask ourselves these questions. Especially when we are thousands of kilometers away from what we are protesting against how much power do we, a few thousands of individuals, truly have to facilitate change? These are big questions that deserve a column of their own, but for now, I want to focus on our more personal aspects of protests and how, through their emotional effectiveness, they may bring long-term social changes.

“Movements, and their protests, are powerful because they change the minds of people, including those who may not even be participating in them, and they change the lives of their participants.” (Tukfeci, 2020)

Even before the Covid-19 pandemic hit, it was theorized that 2020 was shaping up to be a year of activism.[i]From anti-lockdown demonstrations to global “Black Lives Matter” protests, (and how not- climate change), it seemed that protests were everywhere, and about every possible issue that could be tackled.

Do these protests really facilitate change? After all, most of us are very much aware transformation will not come immediately, yet we still decide to hop on a train, pay for a daily trip and spend a few hours chanting, standing, and holding signs (in the small-scale scenarios) or rather spend days or weeks marching around, living in tents, and giving up many precious hours of sleep and mental stability.

In 2020, Dr. Zeynep Tufekci published an article in “The Atlantic” named “Do Protests Even Work?” In her article, she tries to understand the true reasons that protests bring to change. She comes up with many explanations (which I advise those of you interested to go and read) but her focus has to do with the long-term effects that protests have. Protests, rather than their effects on facilitating immediate change, shape society itself. What does she mean by this? Tufekci states that Protests facilitate people to take collective action for the long run. “Collective action is a life-changing experience. To be in a sea of people demanding positive social change is empowering and exhilarating. Protests work because they sustain movements over the long term as participants bond during collective action”[ii] (2020). By recognizing this, Tufekci, like many others, acknowledges the psychological benefits that come with feeling that we are part of something bigger than us, that we stand united for our concerns and ideologies. These psychological effects enhance greater societal commitment by touching upon personal and emotional states in which one feels they are seen, heard, and understood by others.

Protests are usually a big part of the political power and political involvement of society. Dr. Barry Richards, a Professor for Public communication at Bournemouth University explains, “it is important to see political participation as grounded in some emotion, affect or feeling”[iii] (2017). By this respect, emotions are clearly one of the most influential aspects of protests, and collective action in general. This immense emotional power is the one that facilitates further change and political engagement, making us believe that we are part of something greater and that our opinion does matter.

I can understand why these words would come off as naïve, however, what do we have much other than ourselves and our emotions that drive us to behave the way we do in this world.

So yes, it is true that the world will not change by attending a protest, at least not change that is as outstanding and apparent as Greta Thunberg’s or Malala Yousafzai’s, but it is grounded in our human experience and the belief that we have power through small actions. However, most powerfully, what protests really give are those few hours, days or even moments when protestors don’t calculate whether what they are doing works or not but feel morally compelled to show up and be counted in a fracture of humanity, that is fighting for what it believes.[1]

[iii] Paul Reilly, A. V. and D. A. (eds). (2017, January 16). The Psychology of Protest. Go to the cover page of Politics, Protest, Emotion: Interdisciplinary Perspectives. Retrieved February 26, 2022, from https://pauljreilly.pressbooks.com/chapter/the-psychology-of-protest/