Stukafest Middelburg 2019: Cultural Performances in Our Own Rooms 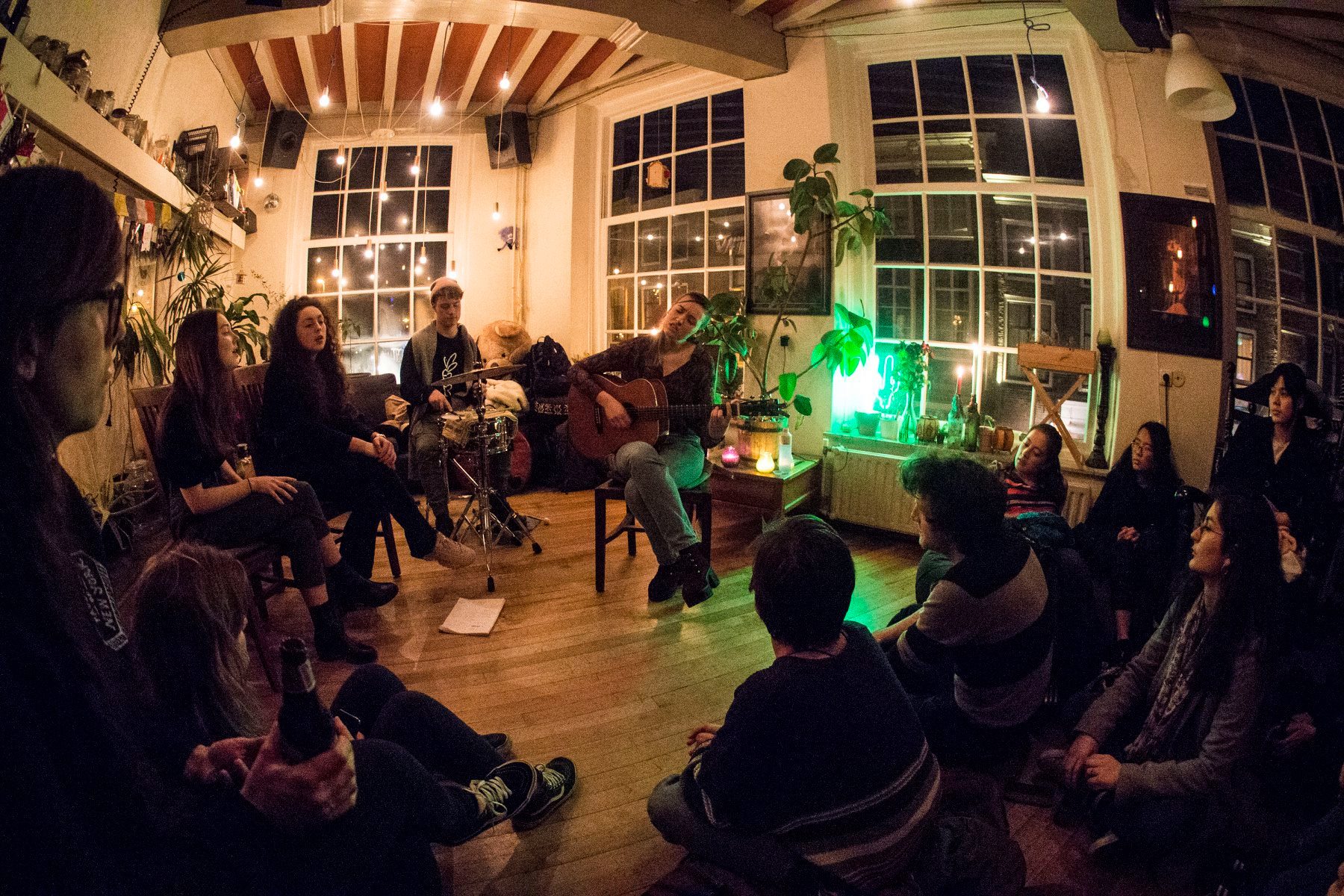 Tagged middelburg, mieke pressley, out and about, performance, stukafest

Two weeks of the semester have already passed by, and I don’t know about you, but, boy, it sure felt like a month to me. It was a slow start to the semester, struggling to get back into the rhythm of classes, readings, extracurriculars and the UCR social life. I, for one, feel like I’m already in need of another break. Luckily, next week Tuesday, February 12 allows us the opportunity to take a breather from the slure of academics, with the arrival of the sixth edition of the cozy festival, Stukafest Middelburg 2019.

Stukafest is short for “studentenkamerfestival’”, Dutch for “student room festival,” and, as the name suggests, brings cultural performances to the small-scale stage of student rooms. For one night, our common rooms are transformed into intimate concert venues and theater halls, as seven acts in a range of disciplines, show off their art. Stukafest is an easy and unintimidating way for students to get in touch with all sorts of performances, without even having to leave their home. And, as Esther Kromah, chair of the Stukafest Middelburg team, says: it is “first of all, a nice night out.” I had a chat with Esther, and the team’s treasurer, Maksym Chornyi, to see what this edition of Stukafest has in store for us.

Seven acts will be found, spread out over the town center, in four student rooms and three external locations, showcasing a large variety of performances. In the mix are singer-songwriters, one of whom was the winner of De Grote Prijs (a Dutch Singer-Songwriting competition) who will be performing in Koffiepand; short theatre performances (existential and provocative in nature); and a spoken word act.

You can fill up your evening with a mixture of these acts, and afterwards, spend your night at the Stukafest afterparty: Stukafeest. Held in concert venue, De Spot, Stukafeest offers a stage to three more acts. Two bands, one indie rock, and the other a reggae/ska fusion, will allow us more entertainment. And finally, Suppaman, a UCR alumnus, will be returning to Middelburg to DJ for us.

If that doesn’t sound like enough excitement to you yet, the Stukafest team has also arranged an unofficial after-afterparty for “anyone who’s looking for afters,” as Esther puts it. Bagijnhof house 16 will give the floor to two UCR students: a DJ and an electric guitarist.

Another element that makes this edition of Stukafest so special is the theme. Two days shy of February 14, aka Valentine’s day, the Stukafest team chose to make this edition all about Valentine’s and love.  “We’re hoping that some people can find their Valentine’s at Stukafest,” Esther tells me. The posters we’ve seen around town are adorned with little hearts, and the performance rooms on the evening itself will also be dressed up to fit the theme. “We’re setting the mood,” Esther states. So, keep your eyes out during the evening; in between the excitement of performances, music and all-round coziness, you could potentially find your future significant other, or at least a Valentine’s.

This year’s board has also taken the aim of Stukafest to bring students and locals together a step further. As Maksym says: “The whole idea behind Stukafest is about increasing social cohesion. Therefore, the team decided to approach the elderly home, SVRZ ‘t Gasthuis, to see if they were willing to host one of the performances. This will allow us students, who, quite honestly, often live (quite comfortably) in a bubble of our own, to get in touch and mingle with a group that Esther refers to as “an invisible community.” Not only will it get us in touch with people living in the home, it also allows entertainment for this group; as Maksym says: “They are still people who deserve to party!”

When asked what their biggest aspirations for the evening are, Esther responds: “I want people to have the best night of their semester!” It certainly sounds like an unmissable event, so don’t hesitate to pick up a ticket in Elliott on Monday or Tuesday, or to order one online via the Stukafest Middelburg website, where you can also find more information on the different acts. You can witness three quality performances and the afterparty for only 15 euros, or one act for only 5; student-friendly prices! Maybe you’ll even end up meeting the love of your life. And even if you don’t, you’ll still have seen some pretty unique and wonderful performances.