For the last few ye 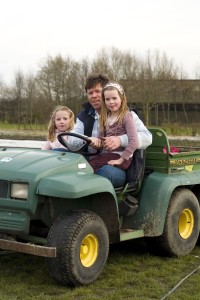 ars there have been posters in Eleanor promoting a weekly vegetable bag for students. These vegetables originate from a local farm called ‘t Hof Welgelegen, an organic farm in Middelburg run by the van der Kreeke family. This farm is quite special; the owners started with the farm only four years ago and had never been farmers before. They grow only organic food and the farm also functions as a care farm. Tabula Rasa interviewed Ard van der Kreeke about his life and the farm.

In 2006 the family moved to ‘t Hof Welgelegen, and began living on the farm. There were five hectares of land, which they didn’t use at first. When the financial crisis struck, Ard had to stop working in sustainable energy and find another job. It was then that he came up with the idea to start a farm. He got his information about farming from Google, neighboring farmers and food advisors. He still discovers new crops that he can grow, such as artichokes. Ard produces food for the local market and therefore the taste and quality is very important to him. For this reason all of his vegetables are organically grown.

The farm has grown quickly since it was established. They have two shops now, one on the farm and the other one in Vlissingen. They are also supplying 350 households with vegetable bags (3 of which are UCR students). They also deliver vegetables to restaurants.

The farm is also a care farm: people who have problems functioning in society get guidance and can work on the land, which helps. At the moment Ard is working with the municipality on an urban agricultural project. In the future there will be more urban agriculture in Middelburg, organized by ‘t Hof Welgelegen.

Ard likes Middelburg, saying even though it is small, it is still a city, and safer than cities like Rotterdam. It’s a good place to raise his three children. He likes that UCR came here, since it brings a bit more life to the city. Of course it also brings more noise and he is not surprised that people are complaining, but he does feel ashamed when he is walking in the Lange Noordstraat and sees the signs protesting against the common house. He says, “If you want to live in a city, you shouldn’t be surprised that there is noise; if you want a quiet place you can move to Westkapelle.” 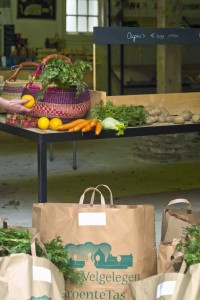 Although UCR students are not his biggest customers, he still meets students from time to time. There are often volunteers working on his farm as well as students on a study trip organized by UCR professor, Herman Lelieveldt. He has also done several projects with students.
For example, a group of students did a survey among his customers, and another student did an internship with the municipality and ‘t Hof Welgelegen about the possibility of urban agriculture in Middelburg. There have also been student dinners in ‘t Hof Welgelegen. Ard likes to work with students and other people from the city saying that, “As an urban farmer you also have a social function.” Perhaps RASA will consider concluding future Introweeks with a dinner at Hof Welgelegen.

All told, ‘t Hof Welgelegen is a clear example of a community-oriented business. Its owners care about the community, and support social cohesion by trying to interact with different groups. They also try to be responsible to the environment, and in doing so, they provide a service to the local area. Just as they try to actively benefit others in the community while also benefitting themselves, perhaps UCR can follow their example and try to offer more concrete benefits to Middelburg.

Douwe van den Berg, class of 2014, is a Philosophy and Religious Studies major from Ezinge,The Netherlands.

Correction: In a October 10, 2013 print version of this article, Mr. van der Kreeke’s name as well as the farm’s name was misspelled.

One thought on “Part of the Community: ‘t Hof Welgelegen”