Out & About Spring '17 Print Edition II 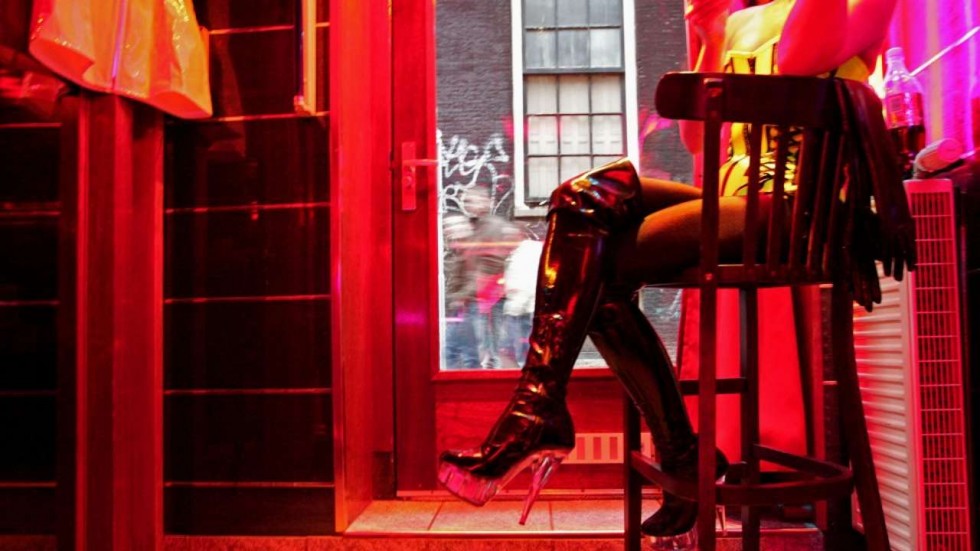 Tagged corine, Out & About, prostitution, sex

Being born and raised in the rather shady town of Almere, located in the humble shadows of brothel-packed Amsterdam, I was surprised to find a complete lack of sex clubs (or perhaps, night life in general…) upon arrival in Middelburg. Even though I always make it my business to know which side of town to avoid when I go somewhere, Middelburg simply did not seem to have that side. Time to find out why, for the Tabula Rasa sex-themed issue!

In the middle ages, you could simply walk up to market square for fulfillment of your pleasures. Being the increasingly influential harbour city Middelburg was, the average pub would make sure to have some sex workers working for them in order to accommodate the sailors. Even though Middelburg is known for its youth leaving the city right now, the wild night life was a massive pull factor for youngsters to move here.

However, around the late 1500s the sex work was limited to the Geere and surrounding streets. Middelburg’s increasingly Calvinist morality started to be influential. Cafés that wanted to offer some ‘extra services’, had to paint a little palm tree up on their doors for recognition. What the palm tree stands for remains a mystery, but knowing the Dutch’ horticultural tradition there might have been some greens on sale too. Even though neighbourhood Whatsapps were not a thing back then, the cafes with the palm trees increasingly lost their appeal to ‘decent’ Middelburgers.

In 1576 open sex work was completely forbidden and any females caught selling their services during the day would be either banned from the city, receive corporal punishment, or be forced to walk around carrying stones of shame around their neck. If you ever wonder why universities still deal with slut-shaming? The roots of that phenomenon might be right here. If you ever walk the walk of shame from Bagijnhof to Koestraat, or simply Bachtensteene to Eleanor: you haven’t been the first girl to walk a walk of shame. And trust me, yours is more private now then it would’ve been in the middle ages.

Around the 1800s the sex life of Middelburg revived again. This is likely due to the increasing economic appeal of the city. Many brothels opened and closed, and the local government struggled with the maintenance of hygiene and medical standards. It was a turbulent period: sex workers were convicted for ‘offending purity standards’ and brothels were invaded by the police regularly. The hassle resulted in a prohibition of all brothels in 1903. Once in a while a brothel would be allowed to open again, but due to strong and persistent neighbour lobbies, they would always be closed down again. Just before UCR arrived in Middelburg, the last brothel closed. Whether it closed voluntarily is a question that is not asked: the place was completely burned down. According to Middelburg’s surrounding plans, it is allowed for two more brothels again to open outside of town.

The advantage of this is probably that Middelburg right now does not have a pinpointed ‘dodgy area’. On the other hand, sex work is likely forced underground and across the border right now, stimulating prostitution tourism and unregulated practices. However, with the increasing development of apps such as ‘Second Love’ and ‘Tinder’, perhaps ‘old-school’ sex work is simply something less needed, and just not fit for the atmosphere of Middelburg. Tourism here will focus on the beach, the countryside and the bolussen. Middelburg, with its strong Christian and conservative lobby in the government, will leave sex work a couple of train and bus rides away, back in Amsterdam.

Corine , Class of 2017, is a law & politics major from Almere, the Netherlands.