Print Edition II: What Does Middelburg Think About You? 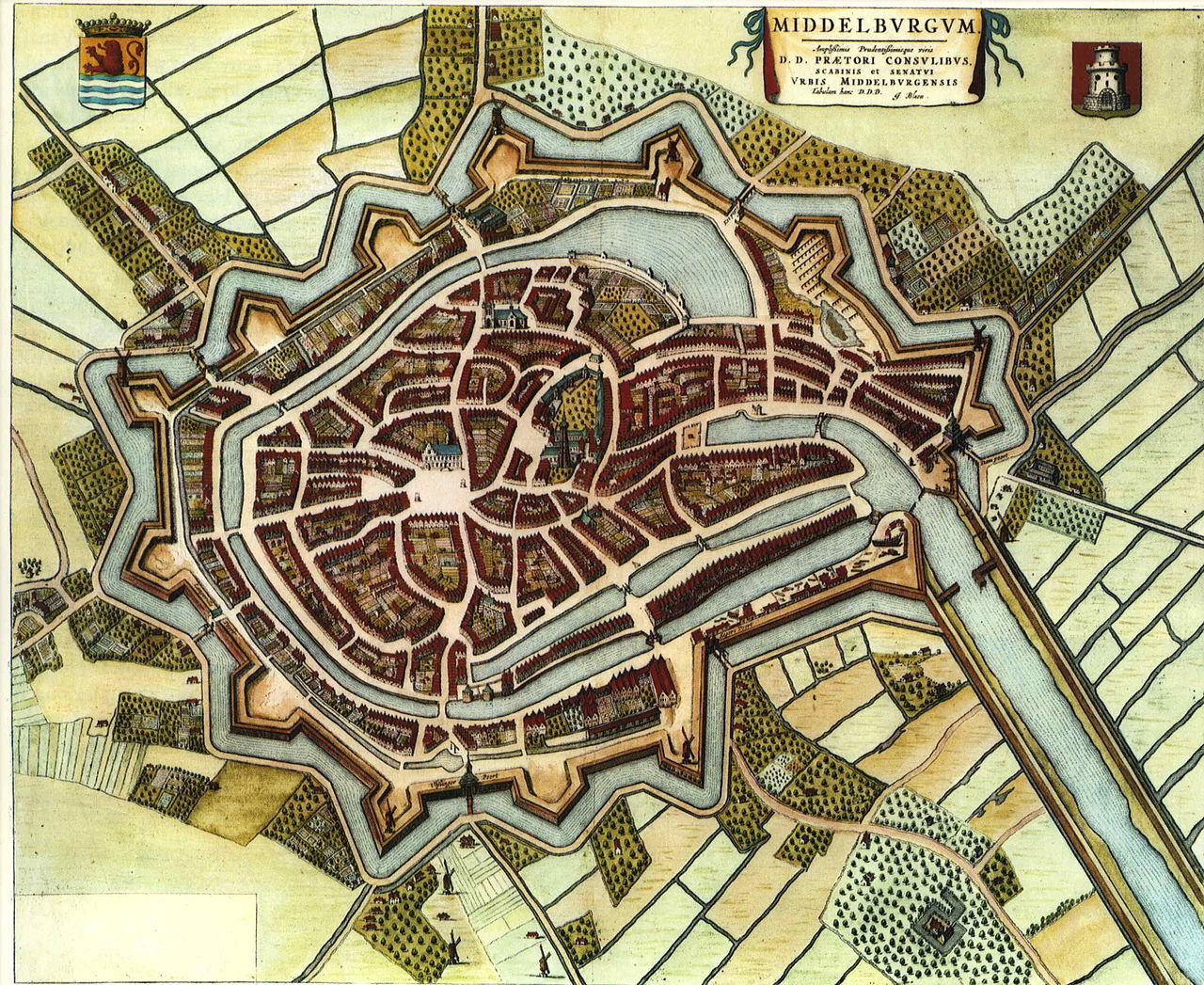 In a small town like Middelburg, one would expect most people to be quite aware of the presence of an institution like UCR. Besides the fact that UCR’s student community makes up roughly 1.25% of the city’s population, its buildings occupy a prominent place in Middelburg’s cityscape. The area around the market square is bustling with UCR students, and most of us can probably attest to the fact that it is highly unlikely not to run into one or more peers while walking or biking in the city center. Moreover, articles about UCR, Zeeland’s only university, often appear in the regional newspaper PZC. Surely, Middelburg’s inhabitants must be conscious of our existence, and have an opinion about us and our university. You’d think so, right?

Having grown up in Middelburg myself, UCR students often ask me, usually with the same expectations as described above, how our university is perceived by my fellow locals. Although I can of course not speak for 48,000 people, I am certainly able to say something about Middelburg residents’ general awareness of, and familiarity with, UCR. Not only have I discussed our university with many friends and acquaintances from Middelburg in the past two years, I have also experienced first-hand what it is like to live in Middelburg without having any affiliation whatsoever with UCR.

From my experience, the average Middelburger knows surprisingly little about UCR. Although most people are aware of the existence of UCR, almost none of them really have a clue what and how we are studying here. Many have heard students speaking English in the city center, which naturally immediately stands out in the mostly unilingual, provincial town that Middelburg undoubtedly is. For a number of people, their knowledge of UCR stops there. Some, of course, are more aware of our presence, and are vaguely familiar with the existence of UCR. This familiarity, however, generally does not consist of much more than an understanding of the fact that UCR is some sort of university, that we speak English rather than Dutch, and that it is mandatory for UCR students to live on campus. 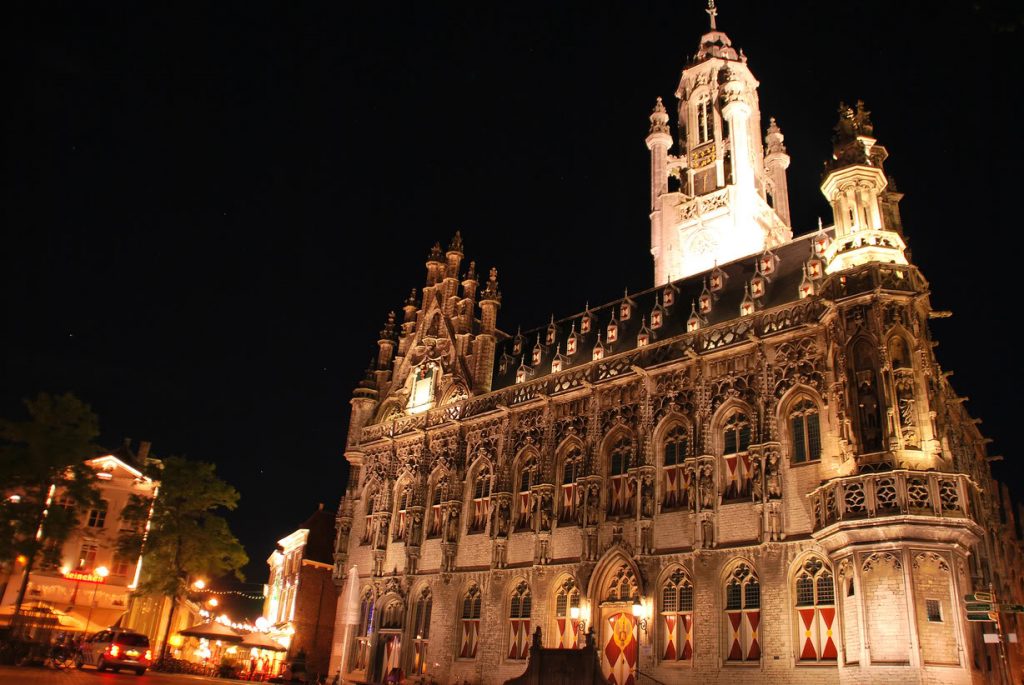 Most Middelburgers seemingly find it easier to tell what UCR is not than to describe what UCR actually is. Even though most people comprehend that UCR is not a typical Dutch university, they usually have trouble grasping what exactly it is that makes UCR different. They often know that UCR’s student community is significantly smaller and more international than those of other universities in the Netherlands, but they would certainly not be able to identify the academic characteristics of our university. The concept of Liberal Arts and Sciences leaves most puzzled, and it is rare to find people in Middelburg (without any connections to UCR or higher education in general) who can explain UCR’s educational structure and academic program. Among many, admittedly myself included before I applied here, there appears to exist an image of UCR as an elitist, inaccessible college, whose education is only affordable and attainable for, and thus limited to, the very brightest. This is the reason why UCR is seldom considered by graduating students from Middelburg’s high schools, and why most of Middelburg’s inhabitants tend to not get personally involved with it.

Our use of the English language is not only easily noticeable in provincial Middelburg, but also somewhat outlandish to many of the city’s residents. Especially the fact that UCR’s Dutch students speak English to each other seems to be striking. When I worked at Albert Heijn, my colleagues often noted how many of the UCR students that frequently shop there spoke English to each other, but Dutch to them. Although they of course understood why English was used for communication among foreign students, and between foreign and Dutch students, it was simply beyond them why Dutch people would converse in English when they could simply speak Dutch. It seemed  ridiculous, and they were sincerely dumbfounded. Besides, they sometimes complained that this was snobbish and pretentious, and wondered whether UCR students viewed Dutch as an inferior language that was unworthy of them. Nevertheless, my colleagues were generally greatly excited about UCR’s international character, and felt that the many nationalities represented by our university certainly add to Middelburg’s otherwise fairly monotonous cultural sphere. 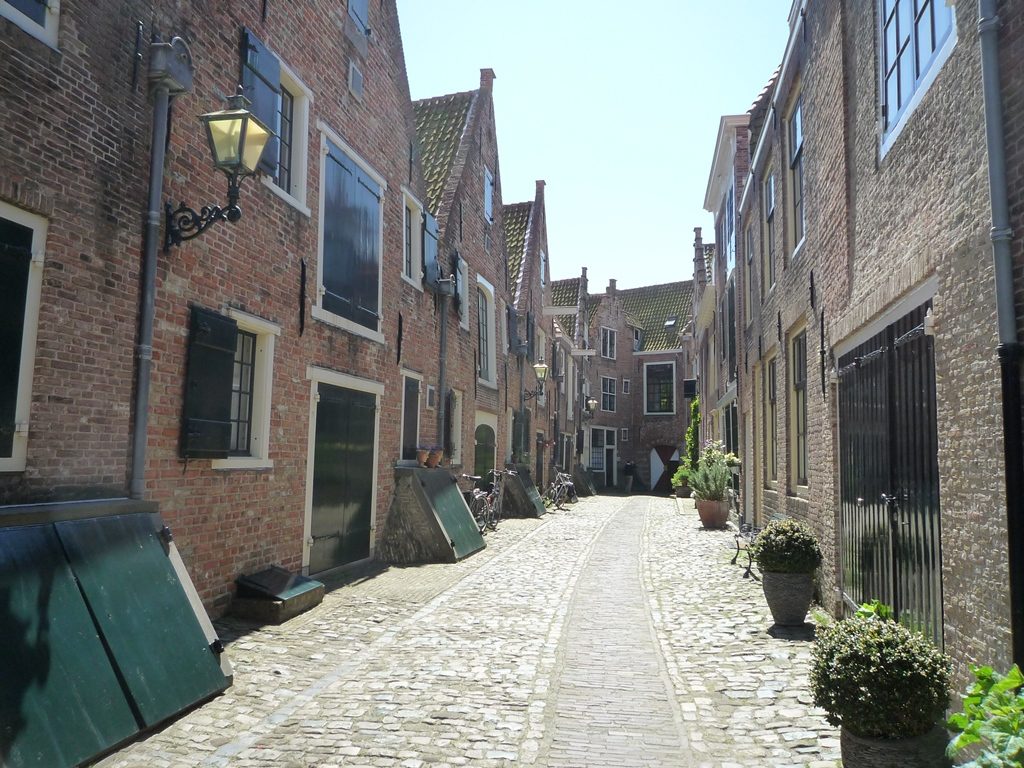 The first response of almost everyone in Middelburg whom I told about UCR, after having been accepted here and while studying here, was the question whether I did not mind the fact that I am required to live on campus, while my parents live in the same city (which I am totally fine with, by the way). On average, Middelburgers seem to be exceptionally well-informed on UCR’s housing rules, and are not shy to express their typically negative opinions regarding this. In fact, the student housing has always been the biggest issue that Middelburg’s inhabitants have had with the existence of UCR in their city. When the municipality of Middelburg decided to transform Bagijnhof into a student campus in 2004, all of the former inhabitants of Bagijnhof had to move out of their houses, many against their will. Because this meant that one of the city’s last social housing (a Dutch version of public housing) complexes would disappear, the decision was met with substantial resistance from Middelburg’s population. Unfortunately, this episode still leads many Middelburgers to be rather hostile toward UCR, indirectly blaming the university for expelling local residents from their homes. Moreover, it goes without saying that many of Bagijnhof’s and Elliott’s neighbors will not be too happy with UCR’s presence in their city, especially on Tuesday and Thursday nights!

Nevertheless, most of Middelburg tend to have a positive attitude towards UCR. Many locals are very grateful for the undisputable boost that UCR’s student community gives to Middelburg’s cultural and intellectual realms, and appreciate the (perhaps essential) vigorous vitality that we definitively generate in their city.

Tom Leijnse, Class of 2019, is a History and Philosophy major and a Middelburg local.