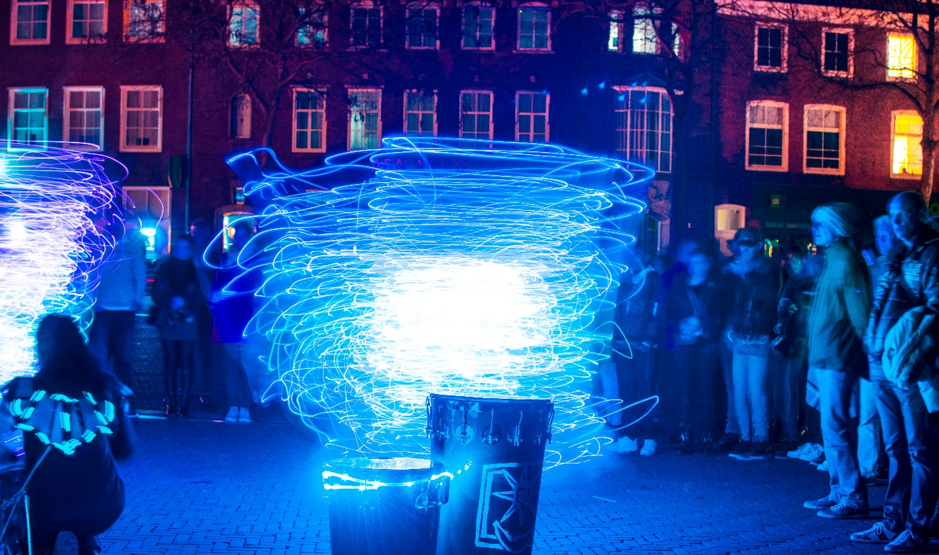 I grew up in a neighbourhood that, like many other neighbourhoods in America, took Halloween very seriously. With the candy and the dressing up, Halloween quickly became my favourite holiday. I still remember my disappointment when I learned that Halloween wasn’t celebrated in The Netherlands (aside from the occasional black cat or ghost in a shop window). I would still drag my sister around, attempting to trick-or-treat but all we would end up with was some liquorish, mandarins and boxes of raisins.

Walking around during Nacht van de Nacht felt like a breath of fresh air to my Halloween starved heart. Seeing the streets that are normally deserted, now finally crowded with people tangled in lights and other strange costumes. At every corner, you could see performances, many with a slightly spooky undertone. It felt almost like a more mature, artistic version of Halloween, one that isn’t driven by consumerism, but by culture. Whether it was firebreathers, butterfly gypsies or a dark parade of people carrying buckets of flame, there was always something exciting to look at. With this picture I attempted to capture some of the energy in both the performance and the crowd as a glowing butterfly gypsy twirled around.

Liam McClain, Class of 2020, is a Psychology and Arts & Design Major from Miami, Florida.