The Beauty of Difference – I 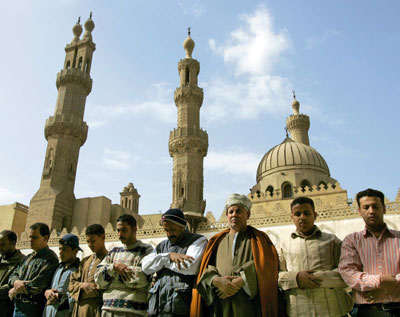 Tagged andrea undecimo, background, culture, diversity, out and about

Being so used to the diversity that forms our small University, we sometimes forget what it really means to come from a different background, to have had another upbringing from ours and ultimately to see the world from a different perspective. Part of the educational process is, I believe, to put oneself into someone’s shoes and to see life from their lenses. It is only in this way that we can grow into accepting human beings capable to see the humanity in everyone. This series of interviews aims to tell this diversity.

The first person I interviewed is Adnan Fathi, a student from Cairo in Egypt. He has spent his first 11 years of life there, but surprisingly he told me that growing up in Cairo was not so different from most of the European children of that age: time was divided between homework, playing with friends, and television. What was quite different for him, however, were the holidays and the constant feeling of always being surrounded by family, something he relates to the prominence of the Islamic religion in the region. Although Adnan is not an active religious practitioner, he recognizes the many positive effects Islam has on the population. What struck him most was the idea that everyone has to support each other, something he saw happening in car crashes, for instance, a moment when everyone would step outside their cars to help the wounded. This sense of community is even more present during holy periods such as the Ramadan, the Islamic feast where the devout fast every day from sunrise to sunset for one month. During this period, sunset often coincides with the moment people commute home from their jobs: what usually happens is that a group of volunteers place themselves at the traffic lights to hand out cups of water, milk with honey or tea to the drivers so that they can eat and drink something as well.

Nevertheless, Muslims don’t enjoy the best reputation in Europe, especially after the terrorist attacks that happened after 2015. Adnan has personally experienced this sense of fear, sometimes hate, in the people, the circumspect glances that other passengers give to him in train stations, airports, or even in the streets. “One of the hardest things to understand” he tells me, “is to figure out if those people are just angry or if they associate your ethnicity, your religion with a particular state, often being that of threat”. It is of course hard to speak out in these situations, as you feel that you might be paranoid. But sometimes the racist motive is quite evident. It happened to Adnan last year; he was travelling to the airport with one of this group tickets that allow you to travel for a discounted price with other people, but that work perfectly fine when you travel alone as well. When the ticket inspector checked his ticket, he immediately told him that it was invalid. Adnan’s arguments were null, and eventually he had to step out of the train while the inspector called the police. The story ends with him catching the plane at the end and with his fine being removed; but the injustice and the memory of the event are still alive in his head.

When I ask him how the perception of Islam can be changed in the West, he tells me that the change must start from within the community, the healthy side of the Islamic world. Jordan, Egypt, Morocco and other countries should speak out and condemn the atrocities committed by extremists in the name of this religion that is far from being violent. On the other hand, a shift must also occur within our society. We need to start reconsidering many certainties we have attached to the Islamic way of living, starting from the place of the women in society. Adnan tells me that women’s oppression unfortunately exists (as it does in the West), but that they often enjoy quite a high status in the community and in the family, the most important group in many Islamic states. In Egypt, for instance, they receive almost everything after a divorce. The religious aspect also mitigates the harshness of the sharia (the Islamic law), where the death penalty is present but is applied very scarcely and never on children.

It is important to understand that the Islamic way of living is very different from ours, but that its core values are, in a way, similar. Where applied correctly, the Quran grants the individual with rights that are just conjugating differently from the West. Perhaps we need to reconsider that there might be not only one set of universal human rights, but that these are expressed in another way by other cultures. Understanding this difference is the first step towards the communication, and the acceptance, between the two worlds.

Andrea Undecimo, Class of 2020, is a Law and Anthropology Major from Macerata, Italy.