#Pelosiclap: White-clad Women and the Shutdown 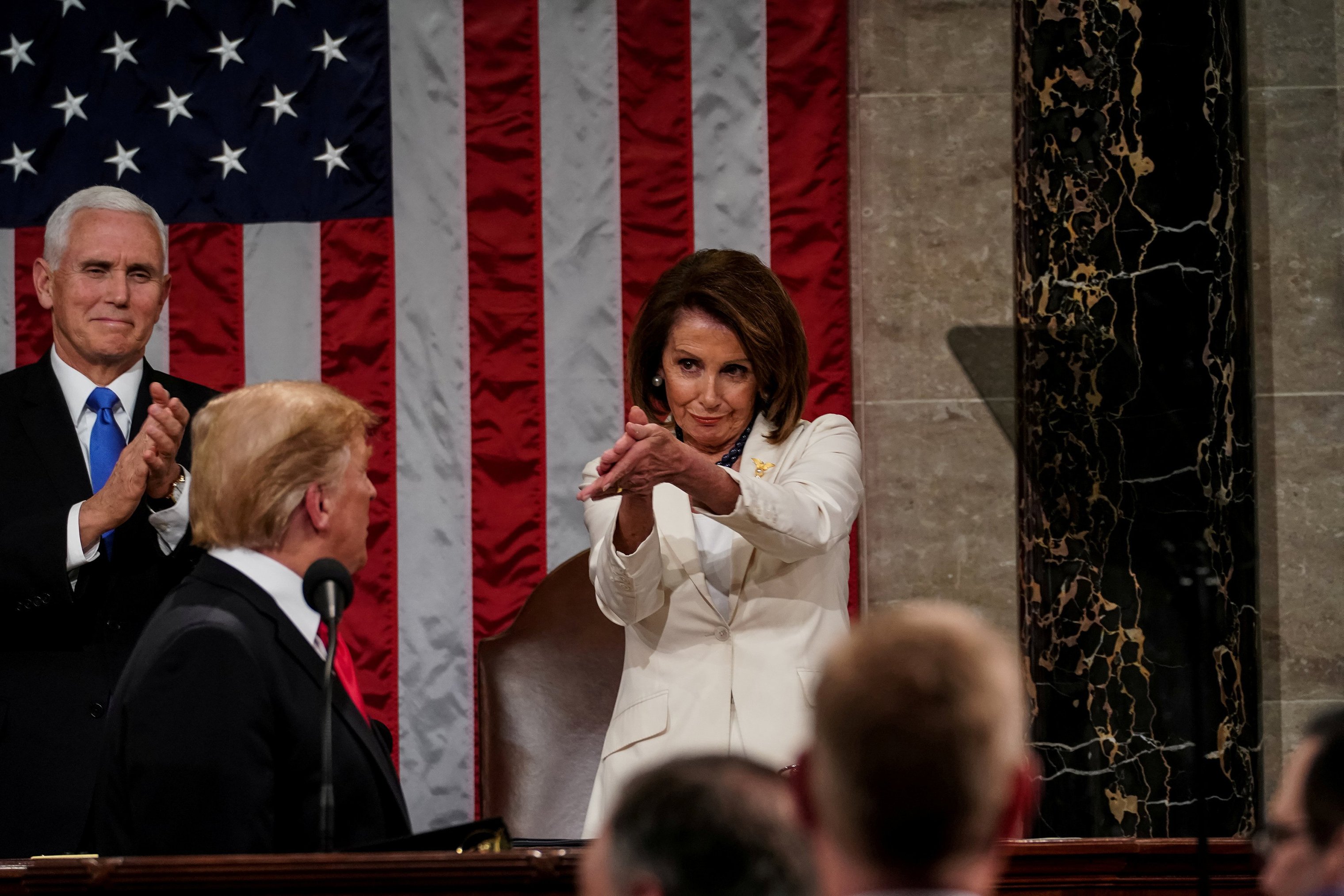 A Polar Vortex bringing a cold so extreme that it has claimed 21 lives, the crumbling of the benchmark INF treaty on missiles with Russia, and new aspiring presidential candidates left and right… With all these dramatic headlines coming our way from the United States, it’s easy to brush over the recent shutdown of the American government- and the fact that it will most likely continue this month.

Although federal funding is currently being provided for the branches that previously did not receive any, the deal is only temporary and will be valid until 15 February. Federal workers have received full back-pay of the weeks of lost income after both the Senate and the House unanimously voted to bring a temporary end to the then 35-day shutdown on the 25thof January.

People affected by the shutdown included flight traffic controllers, FBI agents, Coast Guards, and employees of the FDA (Food and Drug Administration), who suspended all ‘’non-essential work’’. The FDA only conducted the most high-risk facility checks, leaving many consumers afraid of possible food safety issues when the FDA could not carry out its usual work. In addition, various National Parks had difficulties staying open due to the lack of facility maintenance and even the national hurricane program (forecasts and emergency training systems) had to be halted. Ironically, immigrant hearings were also cancelled en masse, with over 42,000 cases being delayed.

The debate that led to the shutdown in the first place- President Trump’s demand for billions of dollars to construct the US-Mexican border wall versus the Democrats’ refusal to allocate the funds- does not seem to be going anywhere yet. Trump himself has referred to the negotiations as a ‘’waste of time’’ and has walked out of talks with the Democrats before, but the latter- led by Speaker of the House Nancy Pelosi- refuse to budge. Doubts about the efficacy of the wall and calls for the budget to be spent elsewhere remain, while the approval rating of the president has fallen to below 40%.

Now that the President has given his much-awaited State of the Union Address (early in the morning on February 6th), reporters are highly doubtful of any sort of change in the next few weeks. Trump’s 82-minute speech, which is part of a tradition that goes back to George Washington’s written message to Congress, focused heavily on economic processes and importantly, immigration. In roughly 17 minutes, it became clear that there are no plans from the White House’s side to back down on the election promise of the wall (although the promise that Mexico would pay for the construction has been cast aside already).

This year’s State of the Union address was shrouded in heavy debates and disagreements, after Ms Pelosi called for the speech to be pushed back until the shutdown situation would be somewhat alleviated. Traditionally, the address takes place in January and is formally introduced by the Speaker of the House- neither happened this time. Twitter blew up with an image of Pelosi clapping after the speech while looking down at the president with raised eyebrows.

A noticeably large group of women was present in the audience, most of them dressed in white to celebrate 100 years of the women’s vote in America. When Trump stated that the economic growth in the United States had been of great importance to the well-being and empowerment of women in particular, many women clad in white stood up and received an unscripted applause. It was a rare moment of a more upbeat atmosphere in an otherwise rather typical speech- a ‘’good relationship’’ with Kim Jong-Un, a hefty stab at the ‘’ridiculous partisan investigations’’, and unchanged opinions on abortion laws, all of which left many Democrats unsatisfied at best. It was no surprise, then, that the Democratic rebuttal called for the President to speak the truth and for the country to unite. But the Democrats must first overcome differences within their own party to be ready to tackle the elections of 2020.