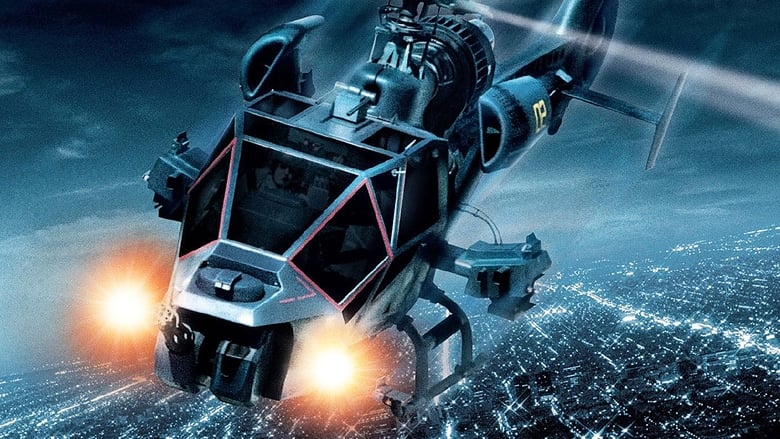 Many today might associate older action films with the cheesy, cliché and overly loud schlock that appeared in the 80s with Rambo, Die Hard and Commando. It isn’t inaccurate, the trend of the loud and violent action blockbusters, which have remained a staple of action and even some thrillers alike. But in the 70s, the action genre was more in line with ‘action thriller’, often associated with the brooding detective films that slowly developed plot and character. The gunfire and explosive spectacle was secondary in these films. However, this perhaps makes for some sluggish pacing compared to modern-day action movies. The slow scenes of dialogue and detective-work in Bullitt do not easily compare to the rapid cacophony of explosions, one-liners and big cars in Fast & Furious. Yet in hindsight, action thrillers hold up much better. Instead of being able to resort to big-budget CGI and bad screenwriting, they had to hold the attention of the audience through other means.

Now, what exactly am I referring to by using ‘popcorn flicks’? It is a term meant to identify films that are generally entertaining but do not particularly have any emotional or intellectual depth. They are not generally seen as works of high quality, like Citizen Kane for instance. But that doesn’t have to mean they are dumb either, as might be assumed from this description. With the onset of summer blockbusters after Jaws in the mid-70s — which skyrocketed after the success of Star Wars —popcorn flicks were pushed to the forefront by studios and given bigger budgets. As William Friedkin, director of the Exorcist and The French Connection once said: “Star Wars is one of a handful of films that changed the Zeitgeist forever”. This might be obvious considering the genre legacy of Star Wars but it affected more than just science fiction, it would also push the action genre to a different direction as studios changed their sights from the dark and gritty action films to more crowd-pleasing flicks that many 80s action films are known for. For example, action thriller movies like The French Connection, Bullitt, the Dirty Harry franchise became far less appealing. This change in tone is most obvious in the Mad Max trilogy, which changed from a depressing, bleak and cruel dystopia to a colourful post-apocalyptic world full of goofy characters and comedic absurdity. This change is not necessarily negative, but it pushed many of the more cerebral and subdued films to obscurity. Another factor might’ve been the cultural changes in 1970s America – with counter-culture movements, the Vietnam era and economic disparity – that makes the 70s-action genre so markedly different. It was at a time of much more cynicism and grim overtones.

This brings me to Blue Thunder, a film released in 1983, by a director (John Badham) who would later go on to make more popular 80s flicks like WarGames and Short Circuit. Ironically enough he also directed a film that typified the 1970s; Saturday Night Fever. Blue Thunder, reflecting his filmography, is a transition between the two eras. Blue Thunder follows Frank Murphy, a veteran LA cop who is chosen to fly an experimental high-tech military helicopter, called Blue Thunder. However, whilst flying the helicopter, he and his partner uncover a plot of government corruption and ulterior motives. This motivates Murphy to keep the helicopter out of the hands of the government and expose their scheme.

Like many of the 70s thrillers, Blue Thunder takes its time to follow our character going through his day-to-day, slowly introducing the plot and only later a build-up of tension leading to a climactic action sequence. The rest of Blue Thunder is largely devoid of any real action except for some short scenes of suspense. However, the pacing of Blue Thunder is more brisk than some police thrillers that are focused on criminals, terrorists or gangs. In this case the plot is centred around government corruption and a covert project that intends to use the helicopter for surveillance and crowd control. Even before this plot is uncovered, the film showcases the helicopter’s violent abilities when a crowd of government officials watch a pilot mow down a mock town of dummies. In the movie’s most overtly satirical scene, a loudspeaker exclaims that the pilot must try to hit the ‘red’ dummies representing terrorists in-between a bunch of white dummies representing innocents. A military officer comforts a spectator, stating “In a riot situation, we just want to get the bad guys and protect the innocents. That kind of firepower would be used only in our worst-case scenario like armed insurrection.” As the helicopter strafes the town we see cars and buses explode as some white dummies are blown to smithereens. When our protagonist, Frank Murphy, points out that a few dummies were hit, the general replies: “One civilian dead for every 10 terrorists. An acceptable ratio.”

Barring the climactic action sequence, this is one of the best sequences of the film. Under the direction of someone like Paul Verhoeven, this film could’ve provided some great commentary akin to Robocop or Starship Troopers. In Blue Thunder, though, this sequence feels out of place and falls flat amidst the more standard scenes of detective-work and gunfire. Skipping ahead to the climax, we see Murphy using a skyscraper and a restaurant as cover when he is fired at with missiles, a clear oxymoron to previous scenes where he was critiquing brutal governments methods. Despite the fact that it was a jet sent by the government to deal with him, he is still responsible for this collateral damage. Throughout the final action sequence, where he is dogfighting another helicopter, we see them blasting excessive amounts of gunfire into public streets and buildings. It is difficult to make an action hero completely blameless to innocents caught in the crossfire. That is why many movies like Rambo and Commando plainly ignore this moral quandary. However, in a film focused on the brutal methods of the government to crackdown on innocents, especially by use of a military helicopter, the audience is left wondering who exactly caused more damage here.

The plot of government corruption itself provides for some subtlety to this film, though it does tend to devolve into staple action tropes. For the most part, the antagonist of the film is sketchy and unclear. The villain isn’t a foreigner, a terrorist or a communist, which might explain why it didn’t do so well at the time. The biggest threat is the corrupt government itself. However, in a strange choice, we are introduced to Malcolm McDowell – of Clockwork Orange fame – half-way through the story, who gives the film a very clear and obvious villain (after all, he has a British accent). The introduction of his character muddles most attempts at subtlety regarding government corruption, instead changing the film’s conflict into a one-on-one rivalry near the end. More typical of 80s action flicks; our action hero is fighting in spectacular fashion against our villain in the final showdown (but with big helicopters instead of machine guns this time). It is never obvious whether Blue Thunder wants to delve into the world of behind-closed-doors activities by corrupt government officials, or if it wants to resort to simple action spectacle. There is a jarring division between these two approaches that the film never resolves, instead content with switching between them whenever one or the other is more convenient. Although on a more subtle note, no mention of the Cold War is made throughout the film, unlike many films of this era, instead the spotlight is solely on US corruption without any implication of foreign influence. Again, referring back to the cynicism of 70s thrillers, which were often critical of their own police force and government.

Blue Thunder is quite simply a good popcorn flick but it also hints at something more. Whether it reaches any sort of subtlety or commentary in this regard is debatable, but it allows the audience to enjoy the film on a somewhat deeper level than purely spectacle. Which in this case, is also quite enjoyable, with much merit going to the amazing stunt-work of whoever flew those helicopters through a major metropolis. For its time it is thoroughly exciting but I do admit it wouldn’t necessarily equal an exciting film by today’s standard. Yet it does represent an era when popcorn flicks didn’t necessarily have to be stupid or simply be crowd-pleasers. Popcorn flicks don’t have to be smart but they are all the better for it. Blue Thunder doesn’t challenge you in any significant way but it does prompt you to ask even just a few questions. And in a time now when we are content with the bare minimum in action films, it can be refreshing to be engaged in more ways than just the explosions and gunfire on-screen.