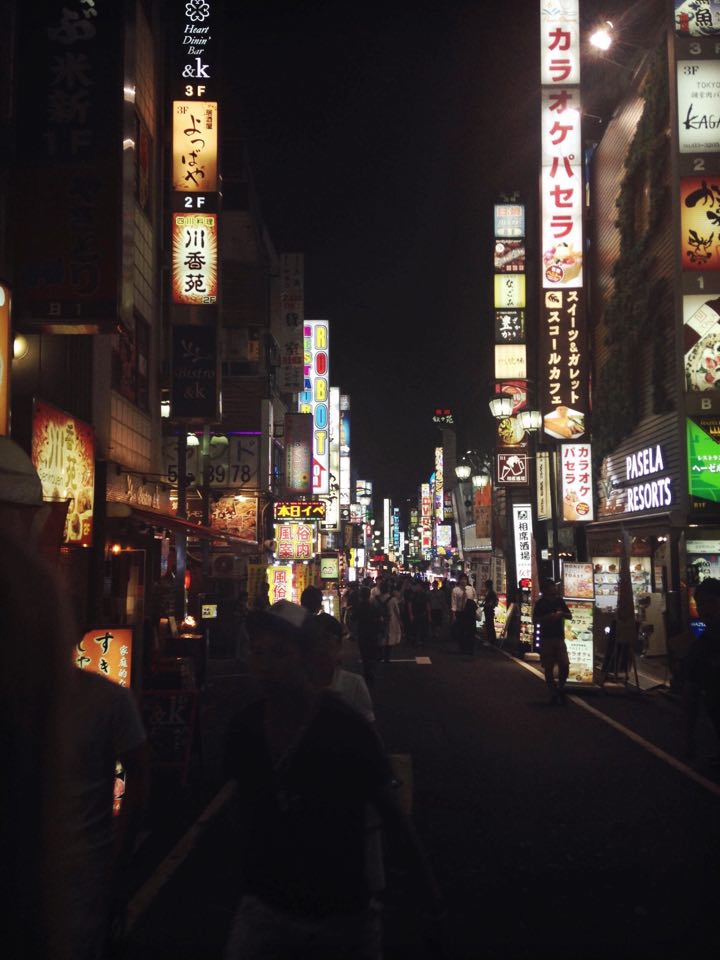 1. It was somewhere above China that I heard the stewardess’ voice from the speaker saying to fasten our seatbelts because of possible turbulence. I did not want to wake up my friend who was sleeping comfortably under a blanket next to me, so I quietly followed the crew’s instructions and started rethinking my trip. Somewhere in the clouds, almost 6,657 kilometers away from home, together with 387 passengers, seated next to my new international friend, and forgetting my fear of flying, I felt safe and content for some reason.

Yet the questions that started flowing into my mind were overwhelming. Is it worth it? Is he going to pick us up from the airport? Are we close enough to meet his family and be together in a different environment? Are we going to get closer after the trip? Am I myself now closer to my beloved who passed away a few months ago? I caught myself feeling the wine, which was served with the poor airplane dinner, and listening to one song on repeat for hours. It was “Everywhere” by Roadkill Ghost Choir.

2. It was somewhere in the city with the total area of 283.72 square kilometers and the population estimated at 223,151. We were in the car, passing night lanterns, traffic lights, neon billboards and buildings. My stomach cramps did not let me think too much, so I just turned my head to the passenger window and looked out. I was half-listening to the conversation between my two companions when the car stopped in the middle of the rice field. We left the vehicle, leaving the lights on, sat on the street, lit up cigarettes, and started talking about the war. The song heard from the car speaker was “Fool You’ve Landed” by Mumford and Sons.

3. It was 5:41 when he took a picture of me, sitting on the bench in the park, with my friend sleeping next to me. The park is located in one of the island’s 47 prefectures, where the time zone is UTC+9. We were listening to music when we suddenly fell asleep. The first words I heard in the morning were from a policeman, who kindly asked us to leave the benches for other tourists. I went to a public toilet to change my clothes, and we bought two bottles of Volvic water from a vending machine. Surrounded by people practicing morning yoga and walking their dogs, we left the place which later turned out not only to be the reason for one of us going to the hospital, but also the place of long conversations, pictures, and an endless amount of 5% grapefruit beer. The last song I listened to before falling asleep in the damp, dew-covered park was “17” by Youth Lagoon.

4. It is the middle of the night, when I look up at the starry ceiling of the aircraft from seat 45J. I heard the voice of the pilot from the speakers. “Again”, I think. He says he has decided to change our route because of difficult weather circumstances. I wake my friend up and she immediately orders two small bottles of vodka. We drink. We talk about life and death. Especially the second one. Questions from the beginning again come back to my mind. Are we all close enough to share secrets and thoughts now? Where is my beloved one? Is he safe there? I remember the stories from my childhood when he was still alive. My friend and I share my headphones. We hold hands and fall asleep. We listen to “Deep Green” by Marika Hackman. The song of our trip.

5. It will be 4:48 pm on this particular day in March. The country we will be in has a total area of 41,543 square kilometers and a population of 17 million. I will be surrounded by friends in room 292 when I will hear my phone ringing. It will be one of us three. I will say sorry to everyone, and leave my room with an accelerated heartbeat. I will stand in the elevator thinking about all these doubts and questions I first had that day on the plane. When the lift doors will open, I will know that something bad has just happened.

Martyna Małysiak, Class of 2018, is an Art History, Theatre and Media, and Philosophy major from Bielsko-Biała, Poland.