Death of the Colossus 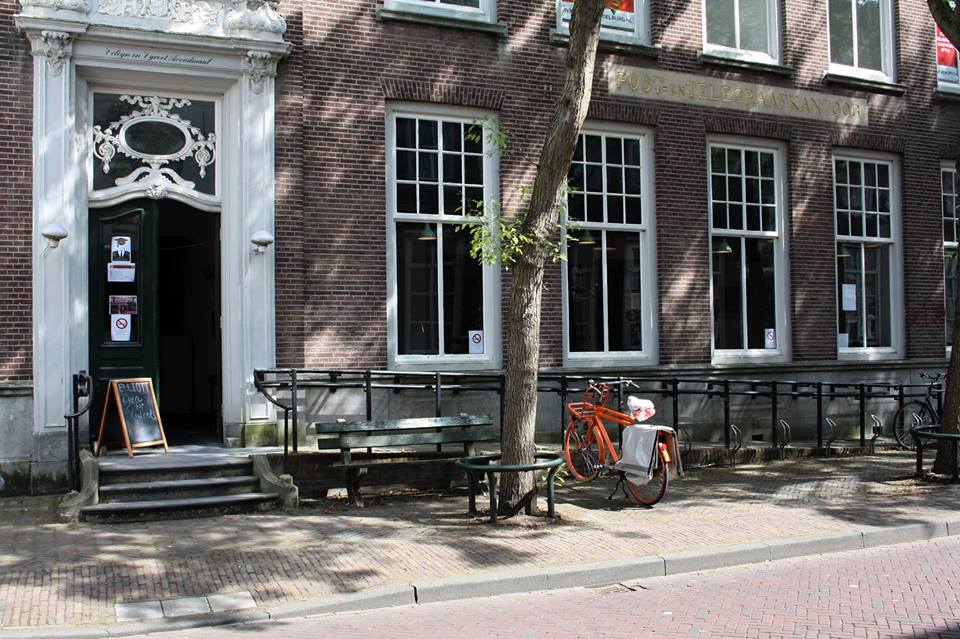 Almost eight months have passed since I wrote my first article on what I saw as a lack of community at our university. Since then we have seen some real changes occur.  Orientation week and moderation were added as ways to enforce academic obedience, the everchanging growth and decline of RASA societies continues, and we’ve witnessed firsthand how the notion of a confessions page has entirely disappeared from the vocabulary of the first year students. However, it is not these examples I wish to bring  to light  today. Being a part of the Elliott food team, I have had the fortune of learning a lot more on how Elliott is run. The news I bring to you, is this: Elliott might die.

As always these articles are written for a reason, and I find it important to disclose a few things. Firstly, this article is not some publicity stunt by Elliott. In fact, the board was only partially cooperative on this matter. The opinion provided here is my own. Secondly, to any groups or former boards mentioned in this article, I do not claim to be an expert on your policies and decisions, the views expressed here are purely based on what I have been able to gather from public materials available, such as your Facebook, RASA’s public resources and personal experiences.

So, Elliott might die, what does this mean? To put it simply, should the business severely underperform, it will have to declare bankruptcy as it will not be able to pay its loans. Elliott currently has large loans taken back when it was founded, and from it’s conception the model has been all about generating  funds to pay those back yearly.  Which answers the question as to why Elliott’s board, let alone any other workers, receive no pay for their time and effort. Elliott is a student run foundation and is dependent on a group of us, students, who have little experience in maintaining a functioning business next to our academics. Elliott’s latest numbers show it is declining. Sales for the upstairs Mensa are down by 15% and downstairs sales are down by 29% in comparison to the average fall. Even more alarming is that during the summer Introweek sales were down by 46%! (Elliott sales records, 2018). Joining the grim news is the fact that Elliott board members take 2 shifts more a week this semester than previous boards did, and that for the first time no Elliott party has reached maximum capacity. It is safe to say that by most conventional indicators, Elliott has had a challenging economic time this past semester.

Let us be clear, the board is definitely responsible for Elliott. However, there is an unspoken relationship here, one which I believe some students do not understand, and in turn it greatly damages Elliott. Elliott is run by students but, primarily, for students. Students are the real driving force behind Elliott, as student initiative along with student funds are at the core of its model. The declines we are seeing here are emblematic of two key traits which have emerged in the UCR student community. Traits which the Elliott board could not have foreseen and thus has not adapted to yet, and while this cost them some sleep, it may cost the community its biggest shared location.

The first trait is that the students who joined UCR this academic year are largely different than previous years. While this notion cannot be confirmed by a direct source, strong indications exist that UCR deliberately admitted students with strong academic backgrounds, and excluded those with strong “street smarts” or “leadership” qualities in this year’s selection. Thus, the decrease in student numbers. Consequently, these students go out less, and not merely in a party sense. Given Elliott’s mediocre study facilities and the large desire of these students to study, they become less likely to spend their time outside their accommodations. With the new study lounge having only just opened, it is too soon to say what effect that may have. While this may very much sound like a classic case of generationism, I do not believe the older years are better as current second and third years are also flawed.

You see, my cohort and the one above it have, as far as I can tell, never fully come together. Two years filled with backhanded management, unmotivated student boards, and a deficiency in the ability for students to voice opinion, have lead to most people just giving up. Those who haven’t enjoyed  the “luxury” of running unopposed for whichever position they please, and boards become filled with mutual friends rather than serious candidates. This kind of organizational structure is not new, but is definitely one I do not believe in.

For those who look at this and do not define this as a problem, I would like to say two things. Firstly, yes, you have every right to feel this way. I cannot expect everyone to become a leader. I do expect more people to become  ‘do-ers’. Secondly, chances are that you are the kind of person who travels home often in the weekends, who feels uncomfortable to speak in class, and the kind who can’t name the members of the RASA board. This, I believe, is not your fault, but rather is the result of the lack of cohesion in this community, a community that makes it difficult for a variety of people to express their interest.

The natural reaction is to want solutions, and I will attempt to provide some, as well as repeat the solutions I have given in my previous articles.

The first thing I believe needs to be done is for other people to get in on this discussion. We need more people to share their ideal image of this community, because where it is currently heading is a fractured community without Common House Elliott. I find it impossible to imagine that someone would honestly want to see these structures that have been set up by generations of UCR students, that provide you with funding, and that are there to take your concerns against third parties seriously, taken down. To their credit, Elliott is entering this discussion in their own way by reconsidering their target audience, but it would be great if other groups followed.

Secondly, we need a place that allows for such a discussion . This was an issue I had outlined in the confessions page article. Our inability to interact with one another and have meaningful dialogues on these issues is a major oversight. The major irony is that the societies that aim to tackle the basics of dialogue are also, currently, the most dormant. (PoLaw, RDS, UCRadio, PhiloCom).

Thirdly, I believe students need to give more or else start to expect less. Elliott is the best example of this: if you are not willing to help out once a week , why should someone else do it for you? If you are not willing to volunteer for one party during the semester, why should someone spend their night sitting in the cold for you? There are so many people who work behind the scenes that we don’t acknowledge, people who do it out of the desire to support, who get pleasure out of knowing they have made someone’s day better. The Elliott board is also guilty of this as they have almost failed to organize their traditional “thank you dinner” for their volunteers this semester, finally doing so last minute. This just shows how willing we have become to take and not give back.

We must find a way for our community to come together, and there are many ways you can start small. Getting to know more people is perhaps the easiest, and it is why I suggested it eight months ago. Meet your neighbours, your floormates, your classmates, and even random people you see at the reception desk or behind the bar as they are all students. Eight months ago, I was very negative towards Roggeveenhof for no real reason, and while it is not where I would like to live, I have since grown to get to know more of the people who live there and gradually, I have stopped stigmatizing it as a cold empty shell north of UCR. Need a different way to branch out and connect? Try one of the societies. GamesCo, SusCo, Music Society, and SportsCo are all ones I personally recommend despite not personally attending any of them on a regular basis. They don’t require experience to join and have board members who make it about you rather than themselves. This is, in my opinion, the key to why they do so well. For those less inclined to socialize in this way, I would recommend the other solution mentioned eight months ago. Once a month a gathering of sorts, led by RASA, should be created for people to celebrate, recognize and share what has been happening in the community.

The central issue to take away from this, is that the community is currently on it’s way to fall apart into a fractured handful of groups, whose consistency will change drastically once the final round of motivated boards leave UCR and Elliott will be forced to downsize or shut down. Unless we can come together and define the values of this university and do so soon, a whole generation will be lost.

Alon Nudler, Class of 2020, is pursuinga B.Sc. in Chemistry and is originally from Israel. His articles focuses on the nature of student community at UCR.