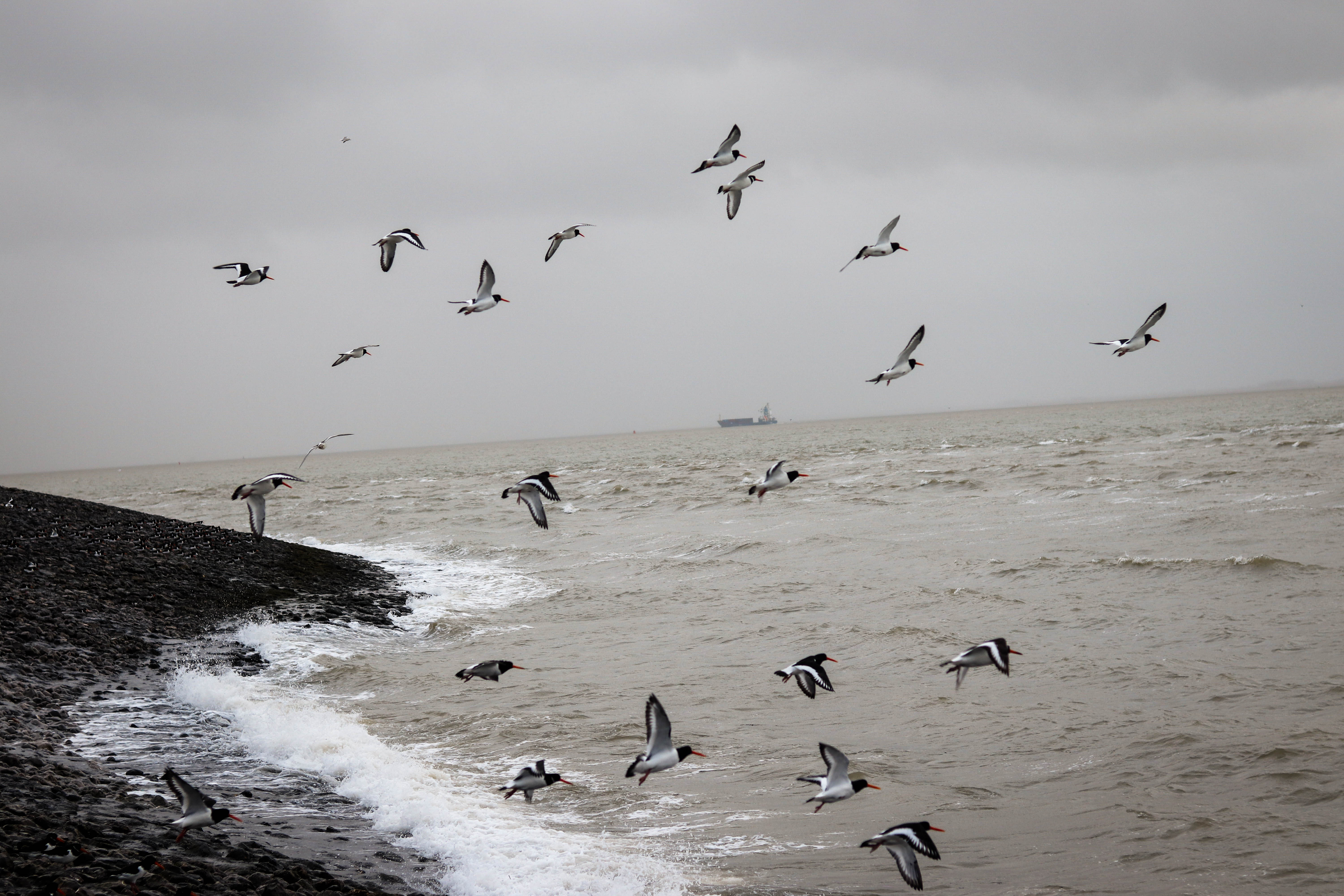 On the 1st of February, Zeeland remembered the Watersnoodramp (‘flood disaster’) of 1953, which reduced many villages to nothing and killed more than 1800 people. Sadly, I noticed that not much attention was given to this tragedy at UCR. I think it’s important that we understand how devastating these floods were to the province we live in, so I’m writing this article to let you know what happened. In order to have some sort of eyewitness account, I interviewed my grandfather, who lived in Zeeland at the time, aged 10. In the footnotes, I’ve included some quotes in Dutch that I wrote down as he spoke.

The floods were caused by an accumulation of unfortunate circumstances. During the night of 31st of January and the early morning of Sunday the 1st of February 1953, an enormous mid-winter storm raged. According to my grandfather, the storm generated a strong northwest wind that was not in any way favourable. It also happened to be spring tide, meaning that the tide was unusually high due to the position of the moon. These conditions led to massive waves and an extraordinarily high tide. The sea quite literally flowed over the rim of the dykes, which were ‘simply not high enough’[1]. Inevitably, dykes broke, and the sea came rushing in.

Many areas of Zeeland flooded. The magnitude of the deluge swept away homes and other buildings. Farm animals and any wildlife drowned. Vegetation was uprooted and dragged away. Countless people were pulled into the freezing water and died. The current carried some bodies out to the open sea, through the gash in the dyke; they were never found[2].

The sounds of floating furniture banging into each other awoke others from their sleep; entire living rooms had flooded. Upon realizing their house was surrounded by water, families fled to the roof. There, exposed to the winter winds and the chill of the North Sea around them, they waited for rescue. My grandfather says that some began shivering so badly, or were unlucky enough to stumble, that they slipped off the roof and into the cold water after all[3]. Parents saw their children drown, children their parents, or their siblings[4].

Both my grandparents lived in villages that were not affected by the flood. In the aftermath of the disaster, my great-grandfather, Opa Goes, was called upon to help in a village called Wolphaartsdijk. As the sea retracted in the hours that followed (low tide), he could drive his tractor and trailer up to affected houses and help people off the roofs.

Due to the lack of swift communication technologies in 50s rural Zeeland, it took all of the following Sunday and most of the coming week for the country to realize how immense the destruction of the floods had been. Proper aid only arrived a few days later. Victims were given shelter in neighbouring villages and funds were raised to pay for blankets, clothes, medicine etc[5].

It took Zeeland years to recover from the floods. Entire villages had to be repaired; many houses and buildings had simply been swept away by the force of the rushing water[6]. Farmers lost their capital, for livestock had drowned and long-lasting damage to farmland was caused by salinization. The holes in the dykes allowed the sea to continue to gush onto the land; every six hours during the change of the tide, the current flooded the land and then pulled everything with it back into the ocean[7]. It took about nine months before every dyke was repaired; in villages such as Ouwerkerk, the tides continued to mangle the land until October.

More than 1800 people lost their lives that morning. To prevent a similar disaster from occurring, the Netherlands constructed the Delta Works, a vast assembly of dykes, dams and barriers (including Neeltje Jans) to protect the lowlands of Zeeland and South Holland from flooding. Now, Zeeland is relatively safe; ‘of course, you can never be sure’, my grandpa said[8]. The floods of 1953 did not reach Middelburg. With all taken precautions and the fact that Middleburg is secure ‘behind dunes’, we are really quite safe here today[9].

Photographs taken by Boudica in the harbor in Vlissingen during stormy weather. 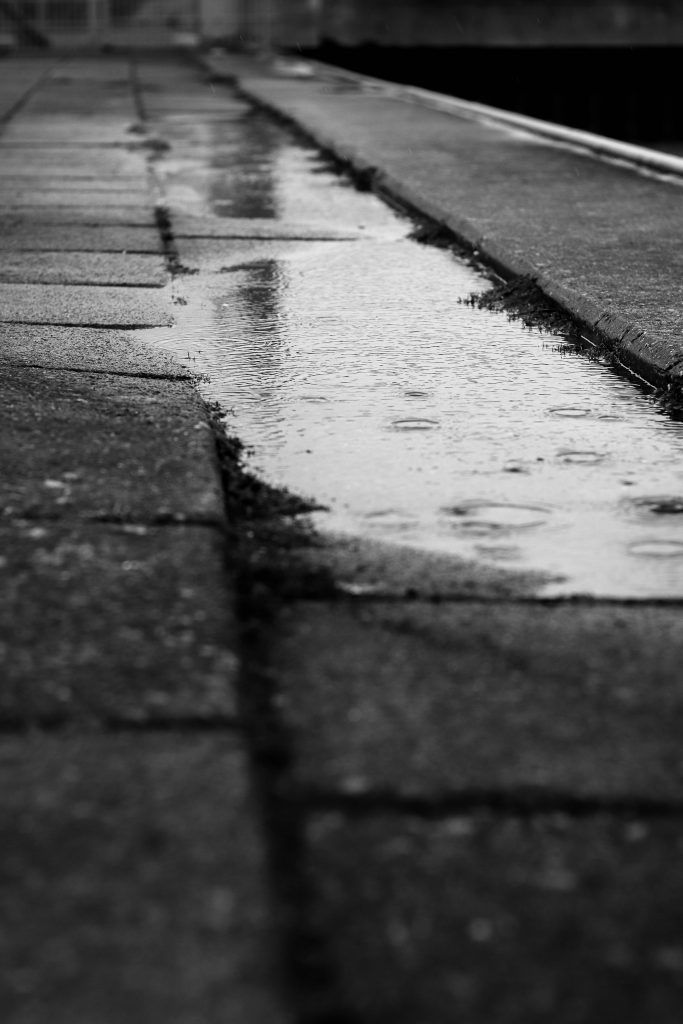 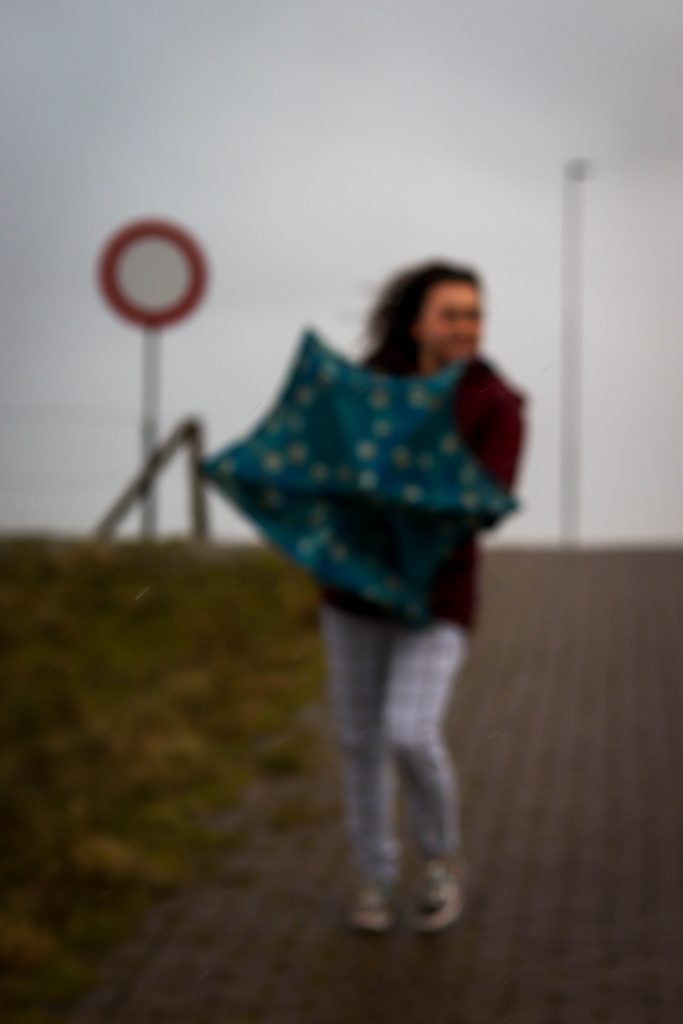 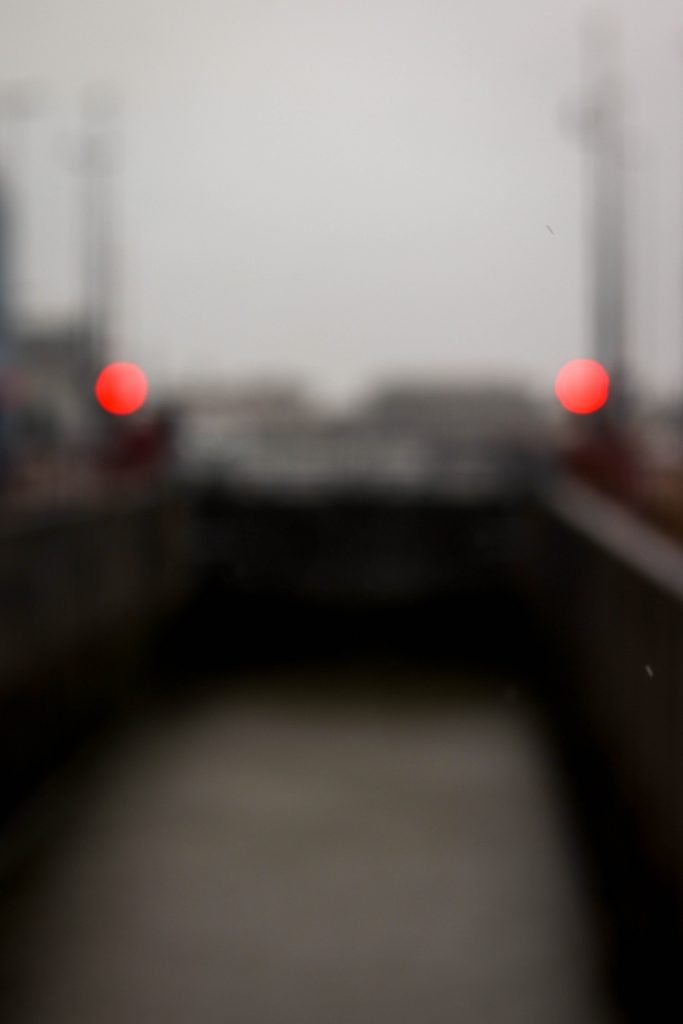 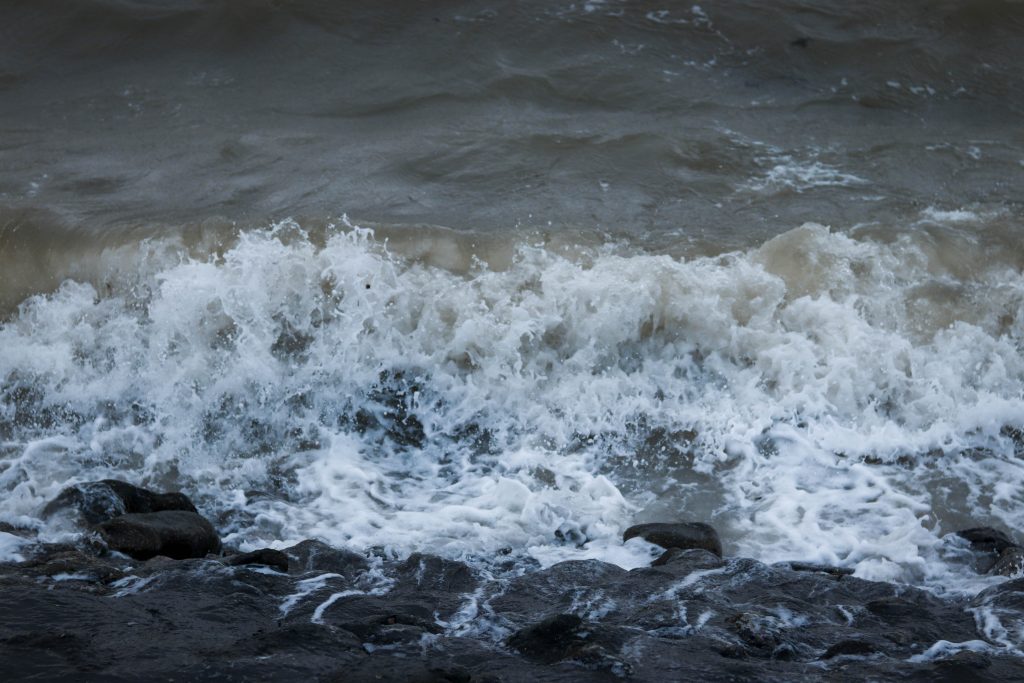 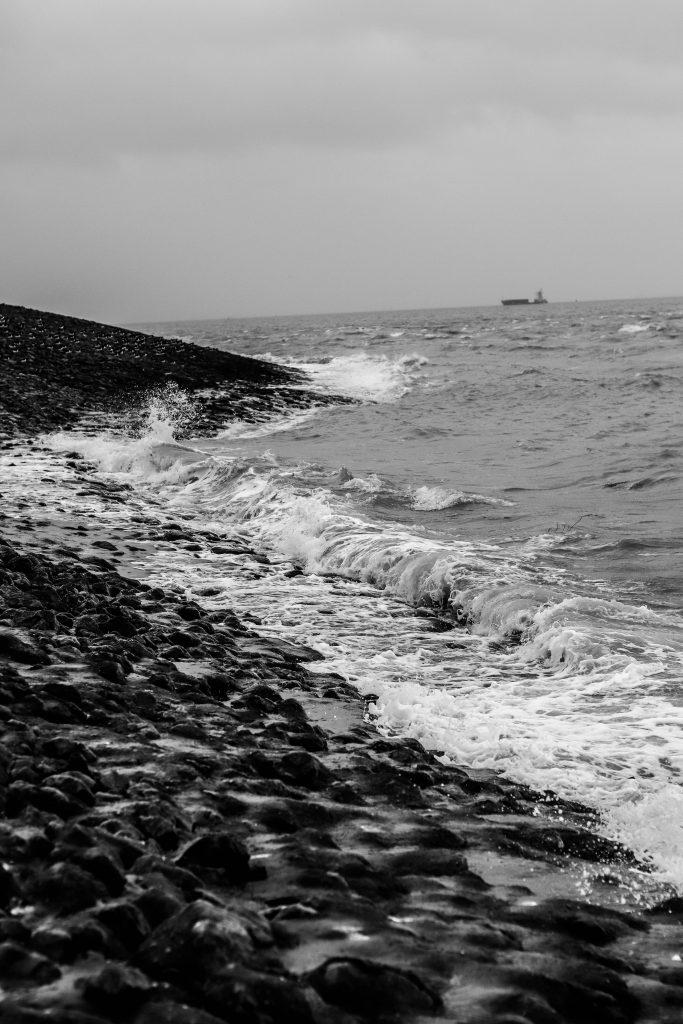 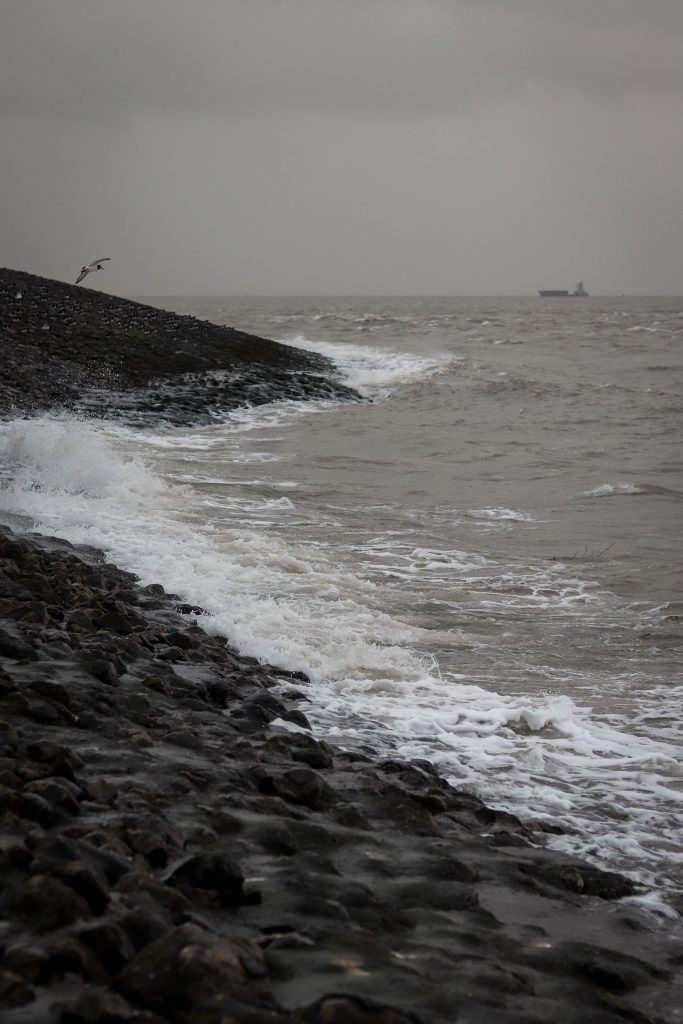 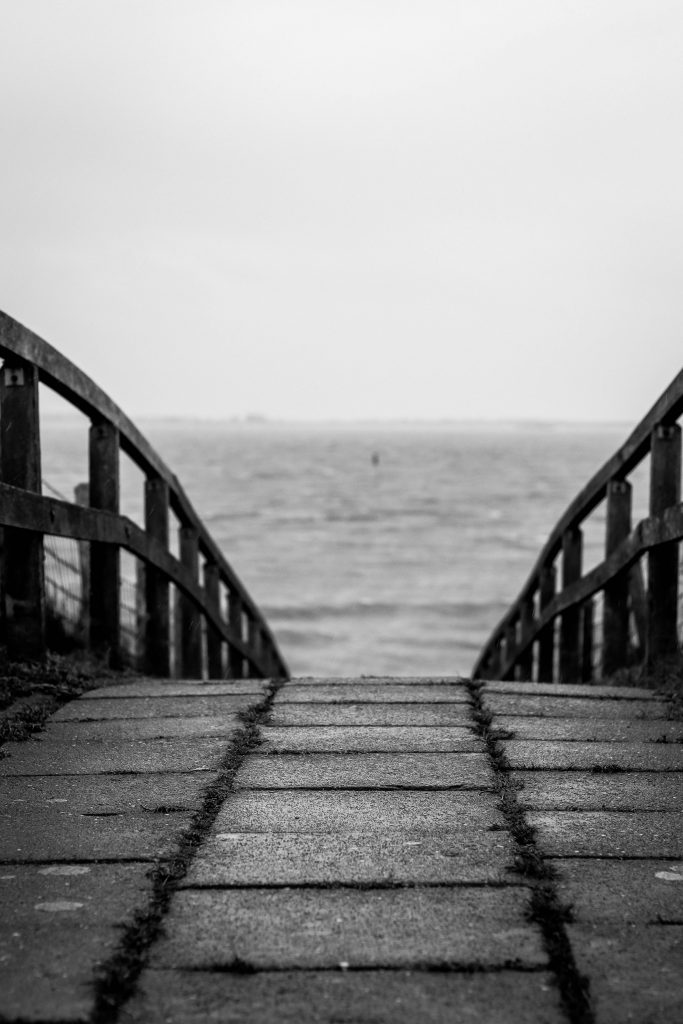