Ukraine and the Charge of the Light Brigade 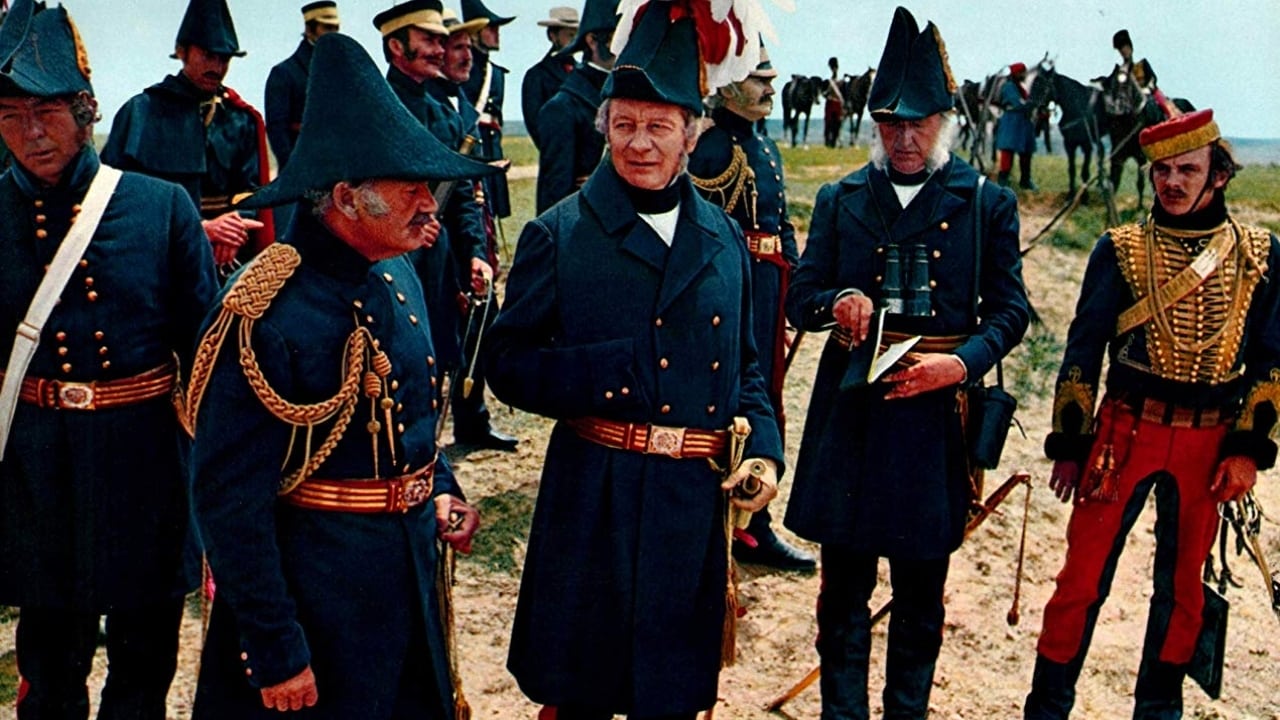 There are certain regions of the world, which have historically been at the convergence point of conflicting cultures. Ukraine has been one of these frontiers; a place of tensions between powers, not unlike the Balkans, Caucasus or the Arabian Peninsula have to an even greater degree. In Mackinder’s ‘Heartland Theory’ which has long dominated geopolitics, he describes how states have fought over certain regions to achieve world domination. Ukraine is part of this heartland, dating back to antiquity. The famed Amazons and the Scythian that inspired them originated from Ukraine and were said to raid neighbouring territories, followed later in the Roman era by Atilla the Hunn. The Ukrainian heartland itself gave rise to Kievan Rus, which both Russia and Ukraine have conflicting claims to in regard to their national identities. With its decline, the Ottoman Empire expanded all the way into Romania; threatening the new Russian Empire on their Ukrainian frontier. For a long time, Crimea was occupied by the Crimean Tatars, one of the few remaining remnants of the Mongol states formed by Genghis Khan. The impact of the Golden Horde overrunning Moscow has been one of the defining moments in Russian identity. For centuries to come, their foreign policy would be influenced by feelings of insecurity/paranoia of invasion and vindication of this tragedy[1].

However, one of the more well-known conflicts is the Crimean War, the last major European conflict preceding World War 1. Throughout the 19th century, something later termed as the ‘Great Game’ was taking place in Central Asia, a sort of Cold War rivalry between Russia and Britain. The British, extremely concerned about their Indian territories felt at threat from Russian expansion, while the Russians were equally anxious about British influence in Central Asia.

A key to Britain’s India policy was Constantinople and the ailing Ottoman Empire. Once famed for conquering Constantinople, the Ottoman Empire was now a shadow of its former self, only kept alive by the other imperial powers who benefitted from its existence. Tsar Nicholas II of Russia once stated that the Ottoman Empire was ‘the sick man of Europe’ and two of his predecessors, Tsar Paul and Tsar Alexander had both schemed with Napoleon to conquer it. Its existence under Ottoman rule kept other empires in check. As Napoleon once said, whoever had Constantinople, had the world. The Russian obsession with Constantinople dates back a long time, most notably in an alleged testimony by Peter the Great on his deathbed; which said that Russia’s domination of the world rested on the possession of both India and Constantinople. Russia had played a big part in weakening the Ottoman Empire already with invasions and forcing them into imbalanced treaties[2].

Ostensibly, the Crimean War began over a dispute of the treatment of Orthodox citizens in the Ottoman Empire. However, its legacy remains defined by extreme incompetency, mismanagement and unnecessary slaughter[3]. 80% of the deaths associated with the war were due to disease, with a long painful stalemate not unlike World War 1. However, the war ultimately led to major innovations in hospitals, use of railroads and steamships as well as telegraphy allowing for increased media coverage of war[4].

The film, The Charge of The Light Brigade (1968), might at first seem like it is focused on simply one battle of the war but is actually a great satire of the war in its entirety. It is also a good commentary on the Victorian-era culture that facilitated it. The charge itself was a minor engagement in the war but gained fame due to its sheer incompetence and Alfred Tennyson’s famous poem. In brief, a miscommunication in the line of command led to a large division of Light Cavalry to charge directly into a fortified Russian position and they lost around 100 soldiers in this attack. Much of the film is dedicated to the experience of the soldiers before they travel to Turkey, we follow mostly just officers who are spoiled, arrogant and rich and with little experience. Interestingly, due to the treaties that followed the Napoleonic Wars, there had been a relative time of peace. This meant that all of the veterans of Wellington were either dead or dying, many ageing officers who wouldn’t be of much help. The rest were newly trained and the majority acquiring their position through riches and nepotism. The few officers with experience were those that served in colonies, most notably European officers in India[5].

Our main protagonist is Nolan, an officer who is unique due to having considerable combat experience and acquiring his rank as captain through merit. He is led by Lord Cardigan (the clothing was actually named after him) who despises Nolan and his own brother, Lord Lucan, with whom he bickers with constantly. We also have the leader of the British forces, Lord Raglan, an ageing and forgetful Waterloo veteran. Without getting into details, much of the movie is like a play with its complex dramas regarding Victorian values and childish rivalries. One such incident is when the officers are having dinner, organised by Lord Cardigan, and are served champagne, a gentleman’s drink. Nolan orders ‘Moselle Wine’ and leaves the bottle on the table which enrages Lord Cardigan who subsequently places him under military arrest. You would expect this Monty Python-esque scene to be a fictional invention. But it is in fact a real incident, highly publicised by newspapers and which resulted in a duel between the two ‘gentlemen’[6]. This sort of historically accurate yet hilariously biting satire is what makes this film brilliant, if a little bloated. It is two and a half hours, much of this dedicated to antiquated Victorian-era dialogue. Not exactly enthralling for someone uninterested in this period and certainly, even I found it a bit unapproachable.

The fact that this article covers so much history is in-part because it is extremely fascinating but also because this movie is very hard to explain separated from its historical context. Many of the characters are pretentious and unlikeable and make for a narratively chaotic film. The film even includes a brief love affair, between Nolan and his best friend’s wife. However, in a nice twist on narrative clichés he is completely disinterested and when he receives a letter on the ship off to war, he rips it up, never to see her again or profess his love to her. It is layered not just with satire but a lot of subtlety of plot and characters, with many things occurring at once. The final scene, which it is most known for, depicts the Charge of the Light Brigade itself. Now, the great thing about this film is that the rivalries and incompetence have been building up all throughout the film until every character falls into place, each making an ill-fated and irrational decision that leads to the disastrous charge.

In fact, one of the key moments is when our main protagonist, Nolan, indirectly causes the disaster of the Charge of the Light Brigade in a fit of hastiness and red-headed frustration. While Lord Raglan sits atop a hill watching like a hapless spectator at a game, he writes up some orders for the cavalry (led by Lord Cardigan) sitting idly in the valley below. Briefly stating, these orders said that the cavalry should follow the Russians trying to capture British guns on one end of the valley — a simple show of force. Nolan, driven mad by Lord Raglan’s incompetency and lack of action in the war, demands that he deliver the message. He arrives, out of breath and instead of reading out the order, he claims they’ve been ordered to attack. Upon being questioned about their exact objectives, Nolan yells “There, my lord, is your enemy! There are your guns!” gesturing blindly towards a fortified Russian position (which was not the objective Lord Raglan had outlined).

It is an infamous scene, much of which clearly points towards Nolan being the instigator of the disaster. This movie, however, does a good job of laying equal blame instead of choosing a scapegoat. For much of the film’s running time, Nolan is actually the voice of reason and maturity. Throughout the film, Lord Cardigan and Lucan, while leading both the cavalry units in the battle, refuse to even look each other in the eyes when talking and can’t stand to be in the same room together, trading insults left and right. Constant frustration is a huge part of the film as the officers leading the cavalry are constantly disregarded in every battle and desperate to prove themselves. The audience themselves experiences this frustration, especially with the knowledge of the fated charge of the light brigade always in their mind, building tension and suspense in expectation. In between the lengthy Victorian dialogue there are plenty scenes depicting the consequences of their overall incompetency, with ships of sick men and dying horses and long marches where half the men are left covered in flies. There are even animated interludes (again very Monty Python) depicting blatant British propaganda cartoons in a satire plainer than a cover of The New Yorker. The film covers a lot of ground; from period-piece, satire, to Shakespearean drama, to an exciting war film.

[1] Kaplan, Robert D. The Revenge of Geography: What the Map Tells Us about Coming Conflicts and the Battle against Fate (New York: Random House Trade Paperbacks, 2013)