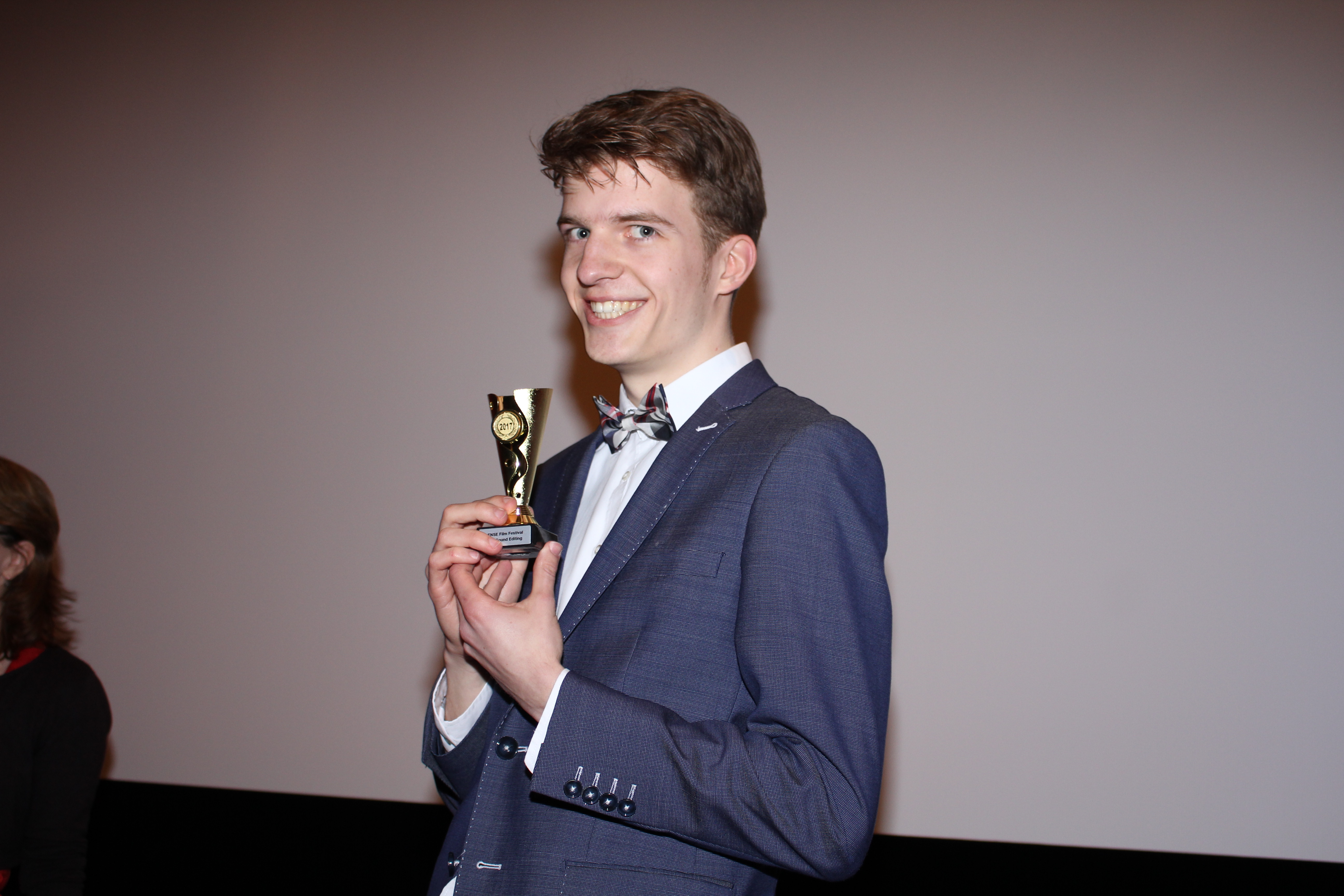 On April 6th, 2017, the seventh edition of the LENSE Film Festival takes place. Once more, the characteristic cinema in the Kloveniersdoelen in Middelburg becomes the centre for cinephiles, moviemakers, and film fanatics. Tonight, a number of six short films are shown, after which they battled for the numerous prizes up for grabs. UCR students, alumni, jury members, friends and family settle into the red velvet chairs, wait for the lights to dim and the festival to begin.

LENSE Film Festival is opened by a little masterpiece of the team’s own hand, featuring the board’s chair Geert Buis and fan-favourite professor Luscombe as her alter ego, Professor McGonagall. With the Theatre & Media track cancelled, the passionate student is looking for another way to channel all that creativity. Professor McGonagall, including a crooked black witch’s hat and matching personality, kindly yet pressingly suggests organising a film festival. Eureka! The familiar tunes of the opening track of La La Land boom from the speakers as the camera follows Geert make his way into the cinema, passing his fellow LENSE board members and gearing up in the process. The scene results in the ultimate climax: the cinema door opens and Geert walks in, welcomed by a hurricane of applause The seventh edition of the LENSE Film Festival has officially begun.

Six films made by current UCR students, UCR alumni and young Zeeuwsche artists are screened, after which it’s time for the jury to select the award winners of the evening and for the audience to select their personal favourite. There are five jury prizes and one public choice award to be distributed tonight, and the winners are listed down below:

Perhaps the most emotionally touching film of the evening, Lukewarm, is awarded the prize for Best Music. The film is centred around an old woman as she prepares a feast for her family. The table is beautifully set, the candles are lit and the mashed potatoes are mashed to perfection – but the family does not show. As the audience watches the old woman waiting impatiently, several emotions pass the revue: sadness, guilt, nostalgia, and finally happiness as the bell finally rings and the family walks in for dinner. Lukewarm sure plays around with your emotions because of the storyline, but really makes an impact because of the impressive music with its clever timing and soft feel.

Funny and educative: that’s tonight’s winner of Best Sound Distributed Leadership- and Learning Culture. At first glance, the short film seems like a commercial about a leadership training program for a-technical seniors, but as the movie progresses, it becomes so much more. There’s some very clever and brilliantly executed stop motion footage of Lego men and women building a car in a little shoebox of knowledge, while their actions are being narrated through explanations about kinds of leaderships and learning cultures. Distributed Leadership- and Learning Culture is clever, original, and very precisely executed in the editing and sound department.

Created by young Zeeuwsche talent Jade van der Moere as a final high school project, The Exogenesis Project is perhaps the biggest surprise of the evening (I’m not being entirely impartial here). Head of the jury, professor Luscombe, comments that although the film was very vague – and surely would not have won the award for best plot, should there have been one – it was beautifully created, with very precise editing and incredibly cinematography. The Exogenesis Project is based upon the three-pronged symphony by MUSE, and portrays the beauty of nature, the power of connectivity and the fear of mortality.

With a star-studded cast the jury surely would have a hard time picking the best supporting actor in Deadline, Bram Medelli takes home the award for his performance. The series, fully created by UCR students, follows the story of a student (Daniël de Haas) as he manoeuvres university life, including fraternities, paper-fraud, and corrupt professors. Bram portrays the role of a corrupt professor, who gets bullied by the university’s dean (Mila Donders in fine form), kidnapped by students, arrested for fraud, and finally shot by a sketchy police officer – and Bram skilfully acts his way through the rollercoaster of emotions and plot twists.

Produced by UCR alumna Floor Jansen, Love Bitten is a professionally executed, incredibly funny, and wonderfully acted short film. The story is quite simple, as it focuses on a young man with a wish to become a vampire. After some casual browsing on the dark web, he finds some pills that turn him into a fanged creature of the night and he is all ready for some casual killing. The acting is funny, perfectly timed and really talented – Love Bitten is the true winner of Best Actor award tonight.

Then it’s time for the audience to choose the final award of the evening: the Public Choice Award. After careful consideration and deep thoughts, the audience fills in their favourite on a ballot and so it is announced: Deadline. As it is a completely student-made product, it seems only fitting for the series to win the Public Choice award this evening. All the students that have worked on the series are invited in front of the stage, where they accept the applause, the award, and the honour.

Eden van der Moere, Class of 2017, is a literature, linguistics and theatre & media studies major from Goes, the Netherlands.