The Story Behind the Visuals 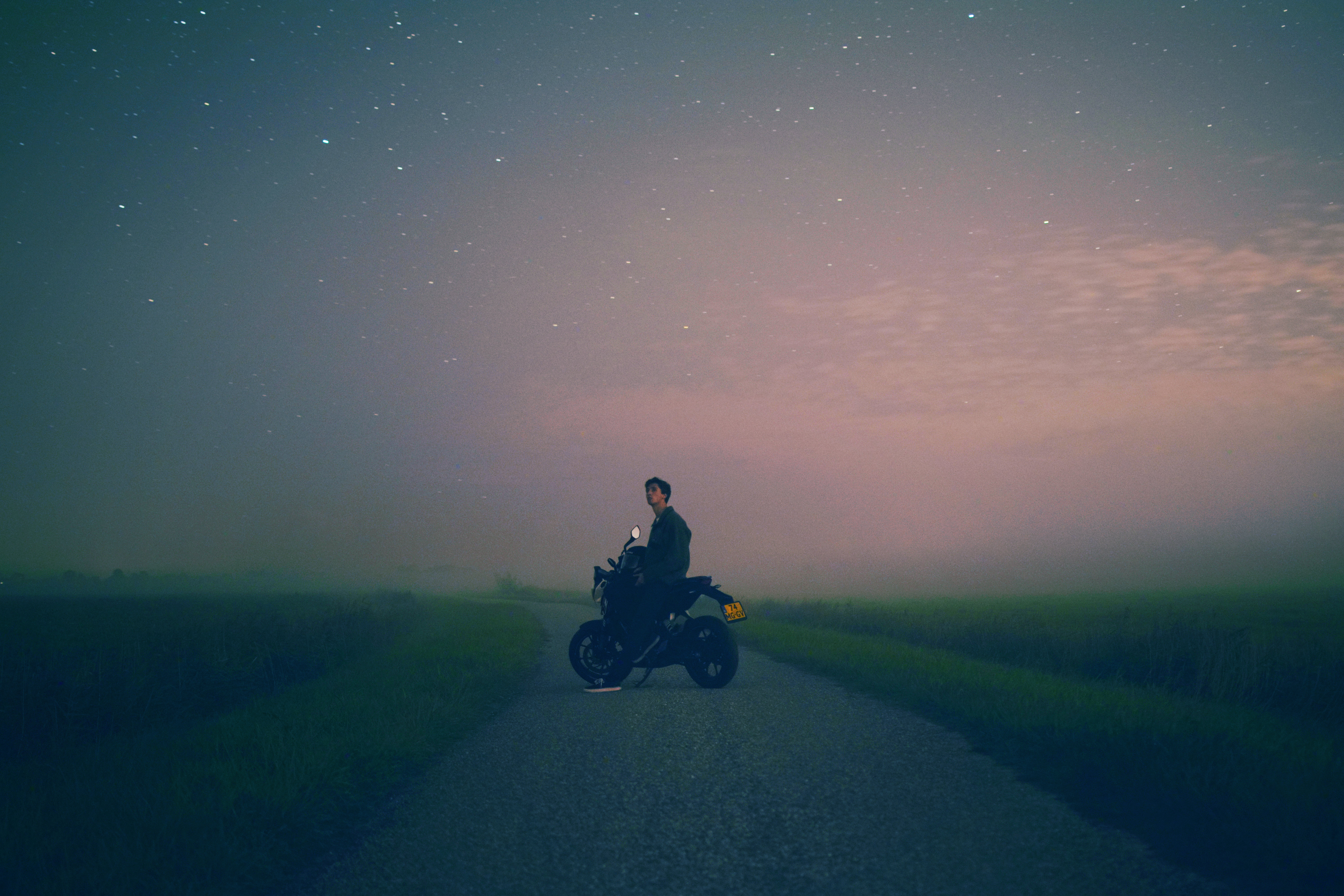 Before I got my motorcycle licence, I bowed my head and solemnly swore to my mother that I would never drive while drunk or extremely emotional. Cut to week seven of my first semester at UCR, tearing through the empty roads leading out of Middelburg at 2 in the morning with tears dried to my face. My ex-girlfriend had visited Middelburg earlier that day and we had sat down and had a sober conversation reflecting on our relationship and identifying why we were never any good for each other. When she departed that same evening, I was left with a lot to process. I know it’s cliché, but the act of driving has an almost therapeutic way of clearing your mind. So, riding through the night, it wasn’t long before I was lost on old farm roads that seemed to lead nowhere. It was on one of those roads curving off into the mist that I saw the big dipper, in all its glory, resting perfectly on the horizon. I stopped and tried to soak it all in, but every fibre of my being wanted to capture and immortalize the moment. I pinned the location on my phone and raced back to get my camera. When I finally returned to the same spot with my camera, and a whole lot of potential speeding tickets, I looked up at the night sky and laughed. Of course, the stars had moved, and the big dipper was in a less ‘picture perfect’ spot in the sky. It felt almost like the Famous Witches and Wizards cards in Harry Potter, in which the subjects had a life of their own and refused to stay in the frame for any given time. I took the picture anyways, literally having to sprint the distance from my tripod to my motorcycle in the little 10 second my camera timer gave me. It was only on the motorcycle ride back that I realized that it wasn’t only the pictures stored safely away on my SD card, but also the emotions I felt while taking them. In a way, the picture soaked up the emotion I felt without me even noticing.

Every visual comes with a story, some long, some short. In the new visual journalism section of Tabula Rasa we want to highlight some interesting or significant visual narratives. Every other week a new story will be posted, ranging from any form of visual. The only requirement is that it comes with a story attached to it, something meaningful to you or others.

Liam McClain, Class of 2020, is an Psychology and Arts & Design Major from Miami, Florida.