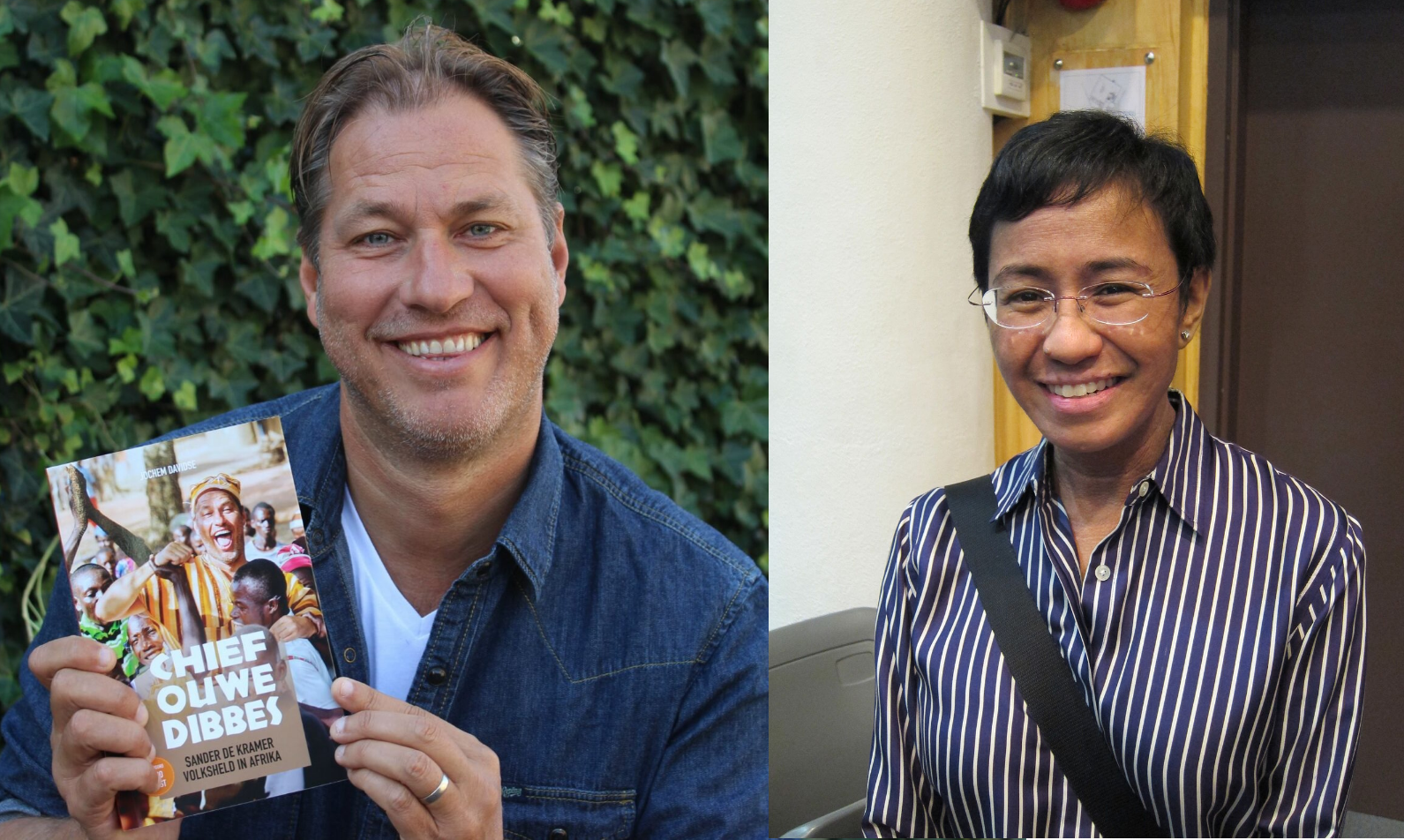 This article is a part of a series of articles on the laureates of the Four Freedom Awards, which will be held in Middelburg on April 14. Want to be present and ask questions at the public meet up after the ceremony? The sign up is: https://www.fourfreedoms.nl/en/meet-up.htm

Presenter, columnist and humanitarian Sander de Kramer will receive one of the Roosevelt Four Freedom Awards: the Freedom from Want Award. This award is presented every year to people or organizations that interpret Franklin D. Roosevelt’s Four Freedoms in a unique and inspiring way. Sander de Kramer was born in 1973 in Rotterdam and started his career as chief editor of the ‘Straatkrant’. De Kramer presents television programs for the KRO and is also known for his work as a columnist for the Dutch newspaper ‘De Telegraaf’.

In 2007, De Kramer visited the African country Sierra Leone to write a report. In this clip from the Dutch television program Koffietijd, De Kramer explains what he encountered in Sierra Leone at the time. Since then, he visits the country on a regular basis and he does everything within his power to make sure the children there have the opportunity to go to school and shape their own future. In 2010, De Kramer was crowned ‘Chief’ in Sierra Leone.

Together with writer Hugo Borst De Kramer founded the Sunday Foundation, which offers help in the ‘forgotten places’ on earth. In those places, help and hope is more necessary than anywhere, but media almost never reports it: like in Sierra Leone. Around thirty schools have been built in Sierra Leone, all because of the help of the Sunday Foundation and Sander de Kramer.

In the past, De Kramer received prizes for his projects in the Netherlands and in Sierra Leone, among which the prestigious Hélène de Montigny-prize. This april, De Kramer’s work as a humanitarian will be honored again, with the Freedom from Want Award.

Maria Ressa, director of the Filipino news network Rappler, will be honored with the Freedom of Speech Award. Ressa was born in Manila in 1963, but moved to the US when she was still young. Ressa started her career as a journalist at CNN. She worked as bureau chief for the media company in both Manila and Jakarta. There, she reported on the many changes that were going on, mainly the transition to democracy of many Southeast-Asian regimes.

In 2011 Ressa, together with a group of colleagues, founded Rappler: a Filipino multimedia news network. Rappler is critical and offers an extensive collection of items, from entertainment to business to politics. Additionally, Rappler works as a fact checker against fake news. When Rodrigo Duterte became president of the Philippines in 2016, the media climate there changed significantly. The country began showing populistic characteristics again: Duterte started a violent anti-drugs policy, which many addicts and dealers did not survive. Rappler held the government accountable for the victims, which has unleashed a torrent of online attacks against Rappler.

Rappler did not just receive online attacks: the authorities on the Philippines started a legal offensive against Rappler in 2017. A dozen charges and a withdrawn license were the consequences of this, as well as Ressa being arrested and forced to spend a day in confinement until bail could be paid. Despite the thousands of dollars of bail and the hundreds of work hours that the processes cost, Ressa keeps trying to inspire her audience.

Ressa shows with her incessant effort to purify the media climate on the Philippines and outside of it that her passion lies within spreading true news and inspiring readers. For this reason, she will receive the Freedom of Speech Award on the 14th of April in Middelburg.

Fleur Vermeer, Class of 2021, is a Cognitive Science, Linguistics, and Psychology major from Den Bosch, The Netherlands.