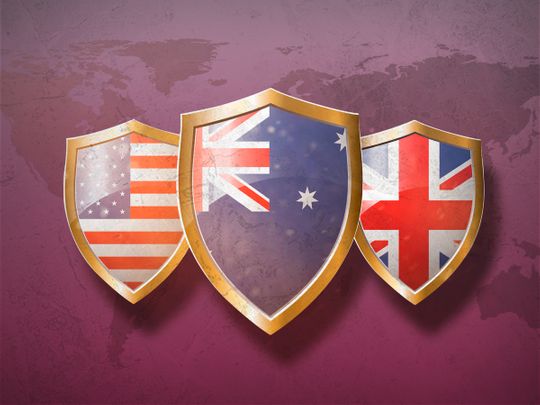 With the trilateral security pact between the United States, United Kingdom, and Australia, Australia finds itself in the noble company of an exclusive and elite clique of other cool nations, only to realize the harsh laws of popularity. Now, this could be a summary of what happened during the past weeks, but this could also be the plot of Mean Girls. Just add nuclear weapons. And let’s not forget France (aka Janis). With the U.S. dominance in the Pacific being threatened, specifically through the growing world power of China, questionable actions are taken to maintain the military superiority of western nations, such as the AUKUS pact. This pact has been partially greeted with outrage but has also been quietly applauded by other countries such as Japan and India.

AUKUS is a pact of diplomatic and technological cooperation to improve cybersecurity and A.I. Moreover, it is primarily an agreement to support Australia in attaining nuclear-propelled submarines. This is one of the most dramatic power shifts in geopolitics. This means that America is sharing the propulsion plant for nuclear submarines for the second time (first being Britain) to counter the threat of China’s growing supremacy in the Pacific.

What led to these recent drastic changes is that China has grown in (naval) power, specifically in the Asia-Pacific region- even faster than its economic and geopolitical development. Naturally, this has alarmed certain parts of the world, as China’s intentions come into question. But why is the Pacific of strategic importance? For America, the region is of high significance since it hosts vital U.S. military installations and because of the reliable supports of U.S. diplomatic initiatives. We are also reminded of WW2 when control of the Pacific Islands was crucial for logistical supply lines and military force projection. Ever since the islands have enjoyed a good status in geopolitics. Still, this has changed with China’s increasing presence.

China has been ambitiously increasing its activities in the Pacific; whether it be extensive aiding or diplomatic-, commercial activities, there is much talk about the Pacific’s increasing dependence on China. On the one hand, one could argue that the influence of China certainly does have its benefits for the Pacific, as it is experiencing substantial changes in development. On the other hand, risks start to arise as China can abuse its influence through diplomacy, debt, and trade.

According to the policy director at Asia Society Australia, Richard Maude, the main aim of the pact is to give Australian Defence Force the ability to match the Chinese force in the Pacific. Nonetheless, many disadvantages come with the pact. One of the main disadvantages is that Australia will struggle to uphold its autonomy as it relies on nuclear technology from its partners. In addition, one of the priorities of Australia’s Department of Defence is to ensure sovereign industrial capability, meaning that they want to obtain control over essential skills, technology, intellectual property (etc.) within their defense industrial base. So, even though the Australian Navy is becoming one of the global naval powers, the pact is doing the exact opposite by becoming dependent on the U.S. and U.K., and assuming that taking the side of those nations will ensure more security might be a fatal mistake.

Additionally, the Nuclear Non-proliferation Treaty (NPT) was “designed to prevent the spread of nuclear weapons, to further the goals of nuclear disarmament and general and complete disarmament, and to promote cooperation in the peaceful uses of nuclear energy.” This multilateral treaty forbids states who do not already possess a nuclear weapon, to make a new one. However, there is a loophole considering submarines which allow states to remove nuclear material from nuclear safeguards if they are not for prohibited military activity. With the AUKUS pact, this is the first time that this loophole has been utilized.

But why is France upset? This pact also means is that Australia is canceling its €66 billion contract with France for diesel-electric submarines. The consequences for the AUKUS pact are severe; France called its ambassadors from the U.S. and Australia back to Paris, signaling its contempt towards the submarine pact. Furthermore, France’s president, Emmanuel Macron, is fuming about the processes of negotiating the new deal between the three nations without informing France.

With Australia becoming a global naval power, geopolitics will and are changing drastically, whether it be the relations between Europe and AUKUS or the Pacific Islands and China, or the spread of nuclear submarine technology whilst aiming for a complete disarmament of nuclear weapons, the consequences should be of utmost concern.