The Man Box: Gender stereotyping at its best… 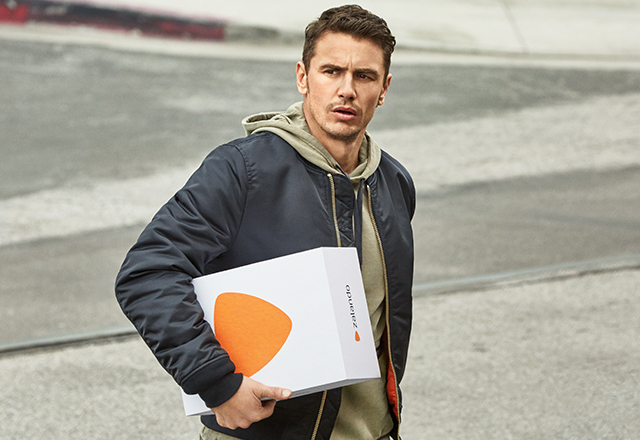 “Men, we’re creatures of habit. We like what we like. Do we like shopping? Nmm. We like tennis. We like… cooking. Mmm. We like fishing. Because… we don’t shop. We decide. The MAN BOX is for you. Your style choices. In a box. To you. Men’s style decision, too.” (Zalando man box, 2017).

This TV commercial, starring actor James Franco, has been circulating since March, and it has been annoying me since it first aired. When I first saw this commercial, my reaction was “what…” While the commercial is innocent enough, it annoyed me like no other. James Franco’s face also didn’t help a lot. While there are enough factors to give this commercial the annoy-me-to-death level, the gender stereotyping in this commercial is the worst of all. Men don’t shop, they decide. Well, welcome to the 21st century where anyone can do and like whatever they want. Apart from shopping. That is still a feminine thing.

So, what is the man box exactly. Before completely trashing it, I thought it would be good to look at the thing. On the website, it gives you five style choices, ranging from weekend casual to formfitting. Each style choice has a broad selection of clothes and accessories fitting with the style choice. Nothing wrong with that principle. I actually love the idea. While I am partial to shopping, I hate to browse around page after page filled with clothes. I would also like to just pick a style and have a narrowed down selection. But no. According to Zalando, only men decide. Women shop…

In a time where there is so much more attention to gender, sexuality and stereotypes, it blows my mind that commercials like these are still created. Clothing styles are becoming more expressive, individualised, eclectic and varied. According to this commercial, all men are the same. Men don’t like shopping, but they like sports, cooking and fishing. If that isn’t a stereotype, I don’t know what is. It is rather mind blowing that a website whose main business is shopping manages to create such a stereotyped commercial. If men don’t like to shop, why would you have an entire section dedicated to men. I suppose because men decided that they do like shopping.