THEATRA’s Candide: the Best of All Possible Plays 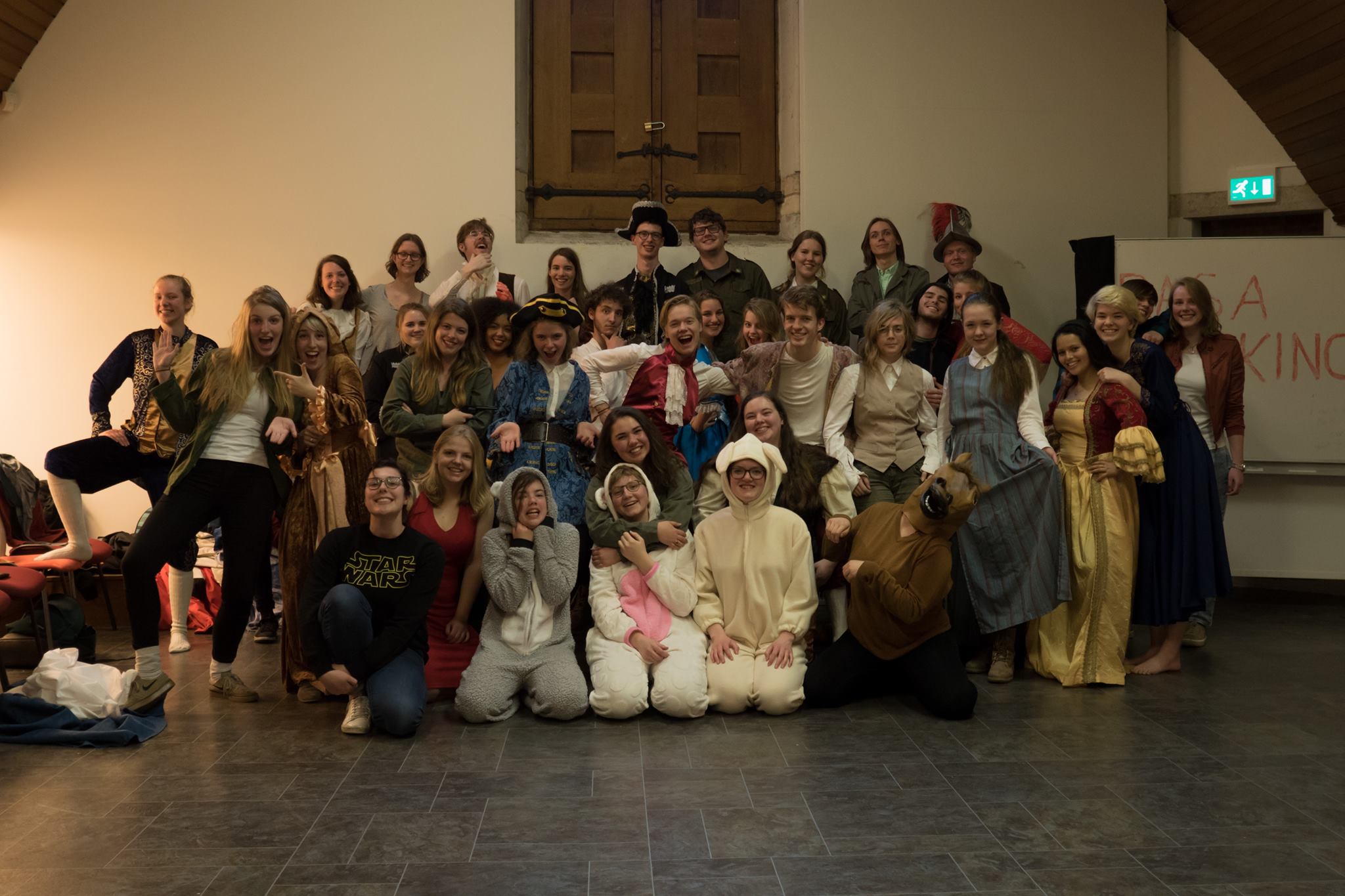 Hello friends, it’s me again with a short yet sensual article about THEATRA’s upcoming Spring Play: Candide. This gem will be performed on Friday the 12th of May (week 14) in the Schouwburg at 20.30. Unlike the Christmas Plays, the Spring Play was not written by students; it was written by Scott Hunter. This is not the same person as the American football player Scott Hunter, the musician Scott Hunter, or the fictional character Scott Hunter. We’re talking about the playwright Scott Hunter who literally only wrote this one play.

The somewhat more culturally refined individuals amongst us may have already guessed that the play is based on Voltaire’s book Candide. The play, however, is very different from the book. If you thought the book was funny, the play is funnier. If you loved the book but thought it didn’t contain enough senseless violence and brief nudity, you’ll love the play even more. If you enjoyed the character of the Old Woman With No Name And Only One Buttock in the book but would’ve liked her to be more present, this play is just the thing for you.

Perhaps it is time to tell you what the play is actually about. Our main character, to everyone’s surprise, is called Candide. He’s young, handsome, and a little naïve. He has been taught the philosophy of optimism his entire life and believes that he lives in the best of all possible worlds. Due to some unfortunate events, he is forced to travel the world with some of his friends. During his travels, his belief in optimism is firmly tested. This amazing plot will be served with a lot of overacting, some very good jokes, other jokes that are so bad that they’re good, and a lot of love.

The whole thing will be performed by our beautiful cast of 40 very talented actors. It’s glorious, it’s epic, it’s funny, it’s a great way to take a study break, and we’re offering you all of this for only 5 euros. If that wasn’t enough for you, I bet that almost everyone at UCR has at least one friend that’s in this play, so be a nice person and come support your friends. I guarantee you’ll have fun while you’re at it. And I know what you’re thinking now. You’re thinking ‘gee, that sounds great, but how will I manage to prepare a healthy and nutritious meal in week 14 when I’m also going to a play later on?’ Well, we got you fam. For just 10 euros, you get a delicious dinner cooked by Miriam and a ticket to the play! Oh my god!

So get your tickets during the lunchbreak in Elliott! Don’t want to go all the way to Elliot? Buy your tickets online via this link: https://goo.gl/forms/GJftSzS1pCQ8G7rE2! Not sure you can go yet? You can also buy tickets at the door! No more excuses and just come see our play!

Mila Donders, Class of 2017, is a Law & Psychology major from Tilburg, the Netherlands.