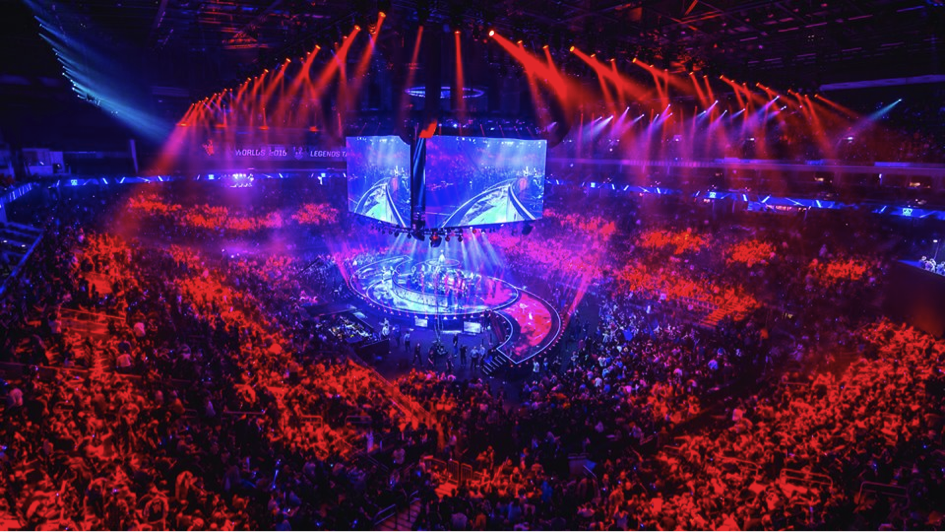 It’s October 2016, we are at the Staples Center in Los Angeles. About 20,000 people have gathered to watch two teams fight for the annual League of Legends world championship. Usually, the arena is used for concerts or basketball; now, there are ten guys sitting in the centre, playing videogames for the prospect of 1 million US Dollars. At home, 30 million fans are following the live stream. Insane, some people may think, why would anybody want to watch this? Whatever it is, countless investors think it will continue growing to become as big as traditional sports – if it isn’t already.

Maybe it’s not all that different from football, hockey, and tennis to begin with. You show up at the stadium, or turn on the broadcast, watch other people play a game, and listen to the commentators. Sure, in a football match you see the grass in front of you, whereas in e-sports you can only see a screen, but does that really fundamentally change what you’re doing? You can still cheer, still meet the players, still celebrate. Even better, an e-sports broad cast allows you to be right in the middle of the game! Imagine standing on the tennis court right next to Roger Federer as a ghostly spectator.

And don’t think e-sports teams are just a ragtag group of gamers who have nothing better to do than play videogames all day. They are massive organisations that have coaches, cooks, sports psychologists, and their own houses where players and staff live together. Since 2013, the USA recognizes e-sports players as professional athletes, eligible for the P1 visa. In Korea, where e-sports is already widely accepted, many players are considered celebrities. In the last few years, many investors have started claiming their share of the market; among them are Shaquille O’Neal and Ashton Kutcher. The one problem many teams still face is brand recognition. Regular sports clubs often rely on their location to form a bond to the fans, but in e-sports, that is difficult to achieve. Consequently, owners are having a hard time looking for ways to create a distinct identity for their teams.

If e-sports are so similar to regular sports, why did it take so long for it to become a thing? After all, many people have played Counter-Strike or Dota on offline tournaments already many years ago. First and foremost, we have to thank videogames becoming mainstream for this progress. Where before there was a clear-cut between people those who played and those who didn’t, the advent of mobile and family friendly games has normalized gaming as a whole. Secondly, the rise of streaming platforms such as twitch.tv have provided an infrastructure for broadcasting videogames, which only now make their way to television. In other words, it is simpler than ever to enable people to spectate competitions, no matter their size. Thirdly, e-sports needed a game that had a big enough playerbase to draw in big crowds, in order to spark things off. This game was League of Legends. When 100 million people play monthly, 27 million of which daily, then you can be sure that enough will enjoy watching your tournaments.

Nowadays, many games have evolved into e-sports. Leading the charge are Dota 2, League of Legends and CS:GO. With an estimated worth of 1 billion $ in 2019, e-sports promises to be the fastest growing entertainment industry in the world. Surely, in a few years, all sorts of games will be represented prominently in the landscape of e-sports. So what’s left to do is pick your favourite game, look for a competition, and enjoy the show!

Achim Byl, Class of 2018, is a physics, math, and chemistry major from Gifhorn, Germany.