From Middy to Mokum

The decision to leave University College Roosevelt for another university was not easy. After one year living in the ever-lovely Middelburg, all other universities seemed slightly unwelcoming. However, I knew I had to move, since my track was no longer available at UCR.

As a humanities student, I found what I was looking for in the curriculum offered by Amsterdam University College. No need to say that moving from Middelburg to Amsterdam was no subtle change. Going from cozy, busy Bagijnhof 3, to my own room in the huge dorms of the Science Park in Amsterdam did not seem the brightest idea at first. But, as one does with most changes in life, I learned to appreciate it. 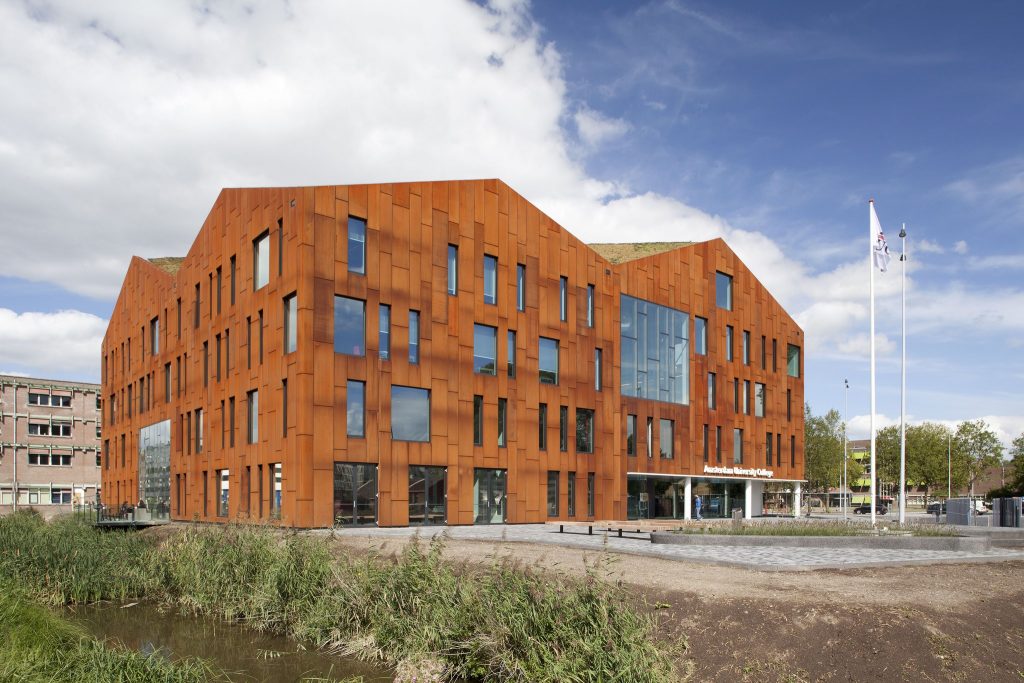 My life here is different than in Middelburg in many aspects, but some things have remained the same. Classes at AUC are structured pretty much the same way as at UCR; small, circular, and aiming as much as possible at classroom discussions. One thing my friends from UCR have asked me repeatedly was how it felt to have all classes in one single building. The answer is, well, it feels okay. Unless you are used to having classes in various buildings that look like Hogwarts, you wouldn’t even think that could be an issue. And even though I was used to feeling like Harry Potter on my way to class, the change was not difficult at all. AUC students are also allowed to use the University of Amsterdam and Vrije University facilities, which means we have many study places and access to great libraries.

When it comes to social life, I would dare to say that I left the UCR bubble only to enter the AUC one. Now my bubble has its perimeters around the Science Park, and even though I try to fight this behavior, students tend to stick to this part of town. When parties are organized they are always close by (if they are not in the dorms themselves). Most of us go to the bars around the neighborhood, and hang out in the parks and shops nearby. However, when it comes to entertainment, Amsterdam has a lot to offer, even for those who do not like exploring other parts of the city. From science fairs to music festivals, there is always something happening. But a warning to those who do not like biking – in Amsterdam, you have no option; it is the only way to get around if you do not want to spend a big part of your budget on public transportation.

Aside from that, life in Amsterdam is somehow harder and livelier. I do miss the beauty and coziness of Middelburg, but there will always be pros and cons regardless of where one choses to live. We shouldn’t get too wound up about the ups and downs of our student city, but enjoy our time in college as much as possible- because three years can fly by.