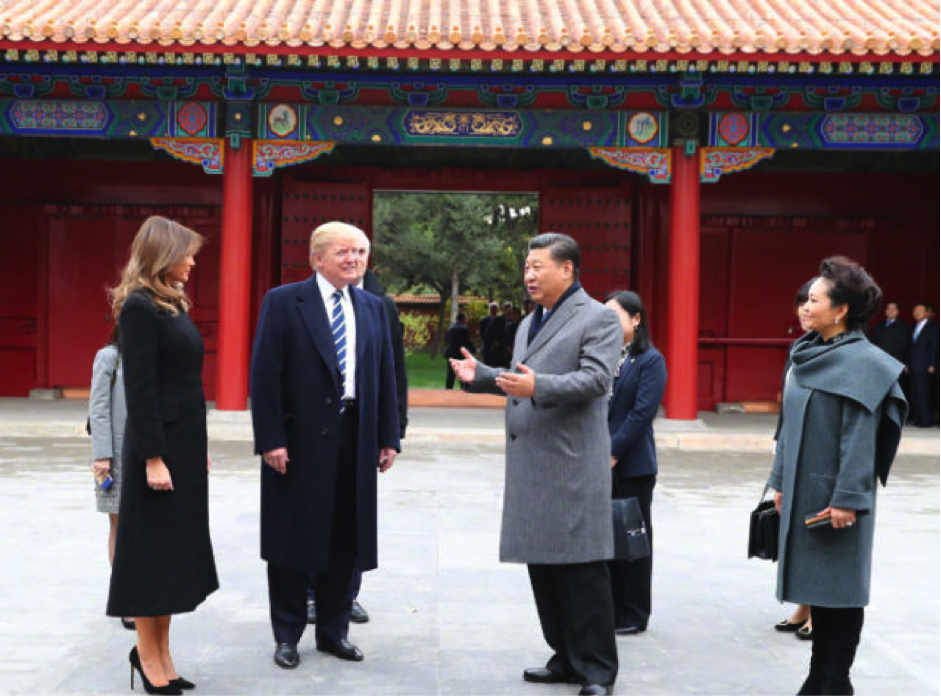 On 6 November, Donald Trump went on the first state visit to China of his presidency, and it is considered the most important stop in both strategic and economic terms in his visit to five Asian countries. Let us take a look at what the most pressing and pertinent topics were in Trump’s conversation with Xi.

First of all, the political issue which has played a role in the diplomacy between the US and China for decades is America’s relation with Taiwan. This issue originated from before the beginning of the PRC; the Nationalist government lost the civil war in the 1940s and retreated to Taiwan, and it continue to claim itself as Republic of China and has successfully occupied the seat of China in the UN until 1972. For the People’s Republic of China, this is the issue of ultimate legitimacy. When China and the US established diplomatic relations in 1979, one of the agreements made was that the US would gradually stop the sale of weapons to Taiwan. However, this has not been put to an end to this day.

On the other hand, there have been stronger and stronger independence movements in Taiwan since 1990s, as many people from the younger generations no longer identify themselves as Chinese, but as Taiwanese; complicating the issue even further. The US’s attitude has become vaguer in the recent years; the US has always had a commitment to democracy and self-determination in every corner of the world, yet it is unlikely that it would confront China for a small political entity in the Asian-Pacific region, with China growing as a new superpower.

Besides, Trump is the first president of US who has proposed, and has been emphasising, that the issue of North Korea should be solved with the help and cooperation of China. Yet the response from China remains aloof and indifferent. Trump understands that the bulk of transactions with North Korea happened in Chinese territory, and that China has a huge leverage over Kim’s regime. However, if the usage of China’s leverage destabilises the political situation in North Korea, China will take great risk considering all the possible consequences of a less stable North Korea. It is most likely that Trump will be left disappointed in the outcome of the discussion of North Korea with Chinese leaders.

In reference to economics, the US and China are both rivalries and partners. It is estimated that China will have a trade surplus of 370 billion dollars over the US in 2017. In turn, American firms might still have higher benefits from the Sino-American trade, as the export from the US to China is dominated by high-technology products with a much higher profit rate than the manufactured goods exported to the US. The trade conflict between China and US has been going on the last twenty years. China does not have a good record for respecting intellectual property, and the United States has also taken a series of measures such as punitive tariff against Chinese manufactured goods under the Trump’s slogan of “America First”.

Although it is unlikely that there will be significant progress rendered by the meeting of Trump and Xi, this visit is still rather important for both countries, as it is the first time when Trump makes contact with the Chinese leadership. This visit is also wisely scheduled after China’s 19th Party Congress. As Chinese political and state leadership becomes secure and stable, the discussion about long-term perspective of Sino-American relations has thus been made possible.

Eric Siyi Zhang, Class of 2019, is a Politics and Economics major from Shanghai, China.