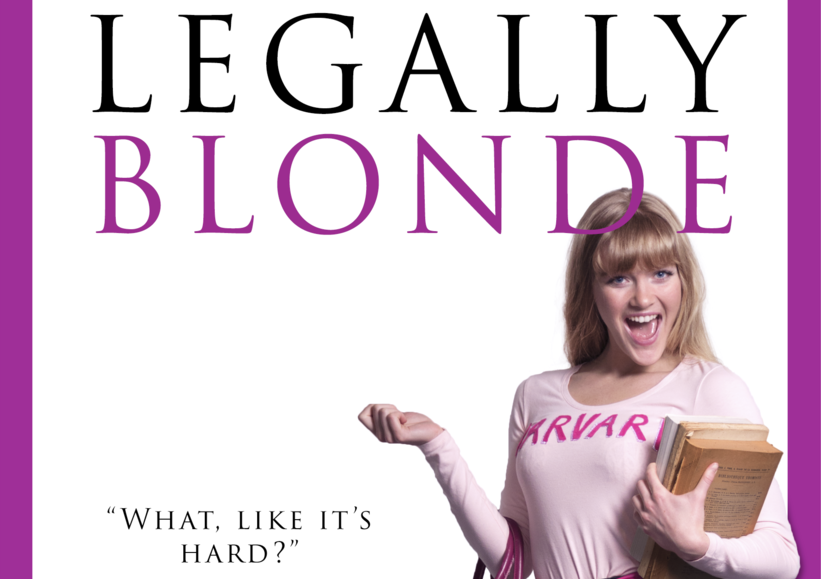 By Joëlle Koorneef and Nora Westgeest

People are trickling down Middelburg’s cobblestoned paths as the clock nears eight. Whilst friends, parents, and classmates are forming a line in front of the entrance to De Spot, a hushed excitement fills the air. When the doors finally open, the group nervously moves forward, knowing that there are only 200 or so spots available. Once inside, seated on the limited amount of chairs, or enthusiastically crowding around the stage and reading the distributed musical pamphlet, the lights dim, and the curtain draws…

Omigod You Guys! Chances are that you went to sleep with the opening song stuck in your head, and woke up with it again the next day. The daughters of Delta Nu charm the audience with their angelic voices and flexible legs. With the choreography of Serena Cecchini and Renee Vogels’ musical coaching, the sorority girls form a stunning Greek chorus. After the first musical number, the audience is introduced to Sabine Pendry, the perfect Elle Woods.

Following her ex-boyfriend Warner (Thom Wittebrood) Elle applies to Harvard Law: “What, like it’s hard?”. Her fellow law students will throw her under the bus for an internship with the ruthless Professor Callahan. Bram van Overdijk makes a strong entrance as Callahan: he’s in a sharp suit and is killing it with his solo number “Blood In The Water”. With the help of Emmett, played by Rick Joosten, Elle trains to become a top lawyer and eventually wins the case with her knowledge of perms. Just let her be Legally Blonde! Whether Sabine was twirling around in glittery heels or delivering a heartfelt song, she surely was the highlight of the evening.

Even though the storyline closely follows Elle, we are secretly rooting for the love-deprived Paulette Bonafonté, played beautifully by Dafne Martinez. Dafne had us all shivering in our seats, perfectly nailing all the musical numbers and ending with an astonishing final note in her solo “Ireland”. With the help of aspiring lawyer Elle, Paulette is able to retrieve her long lost dog from her Irish ex-husband. What had us really going, though, was the of entrance Kyle B. O’Boyle (Geert Buis), the heartthrob mailman. As he confidently strode onto the stage, a catchy song in the background, sniffles and hoots filled the air. It was undoubtedly very satisfying when the couple finally came together in an Irish dance routine. This was confirmed by our Dean, who was audibly amused.

Legally Blonde was a great success, thanks to the efforts of the whole crew. A particular round of applause goes out to Renske Wienen, for the production, and Meta Huijsmans, who made sure Elle showed up with a fabulous new outfit in every scene. Even though we cannot mention everyone’s great individual performances, we have nothing but respect for all of you who put on a great show in such a small amount of time.

Joëlle Koorneef, Class of 2018, is a literature and antiquity major from Zwijndrecht, the Netherlands.

Nora Westgeest, Class of 2018, is a literature and art history major from Brussels, Belgium.