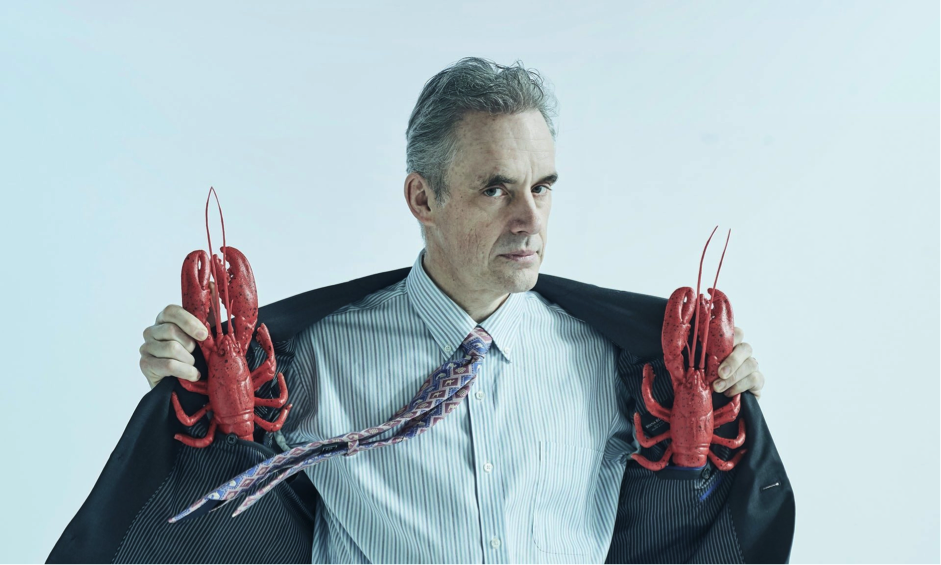 It is Time to Take Responsibility

At least, that’s according to Professor Jordan Peterson of Clinical Psychology, University of Toronto. Earlier this month, Vice News crowned Peterson as the “most infamous intellectual of Canada”, in an interesting and provoking snapshot of his philosophical worldview (1). His argument: we have been given too many freedoms and taken too little responsibility, dumping Western society into absolute chaos. Throughout all of February, this controversial academic has received mass media attention, under which he was not shy to promote his new book titled 12 Rules For Life: An Antidote To Chaos, published by Random House Canada (2). Random House praises him as one of the “world’s most popular public thinkers”, with a “frank and refreshing message” through 12 “profound principles” (2). These rules have been met with as much opposition as support. In his book, he offers 12 concise rules to people that wish to move out of the ‘chaos’ that is post-modern, liberal, free society, and into a more stable and strict natural world of ‘responsibility’.

In his book, Peterson attempts to understand the political and religious beliefs of Western society (such as equality, rights, and freedoms) through the ‘big 5’ of personality traits: openness, conscientiousness, extraversion, agreeableness, and neuroticism. Peterson sees specific personality traits to be inherently connected to gender (with men, based on neuroscience, being naturally more ‘dominant’ and women more ‘submissive’). Gender provides us with categories that we cannot escape (i.e. man/woman, parent/child) and is explicitly not fluid. This is the reason for Peterson’s reluctance towards the expanded use of pronouns, such as referring to someone as ‘they’ rather than ‘he’. When political and religious beliefs are not in line with the natural personality traits of a gender, either men or women will be confused by them and live in a chaos. This also goes for women that behave too ‘dominant’ (in part due to the freedoms that feminism has provided for them), and men that behave too submissively (which, according to Peterson, will lead to unhappiness in relationships for both parties) (3). This line of thought is characterised by inspiration from Jung’s philosophy: Peterson seeks for a Jungian ‘archetype’ for men (typically dominant) and women (typically submissive), ideally one that he can ground in biology through neuroscience (i.e. hormonal differences) (3).

This adoption of archetype explains the perceived ‘crisis of masculinity’ that exists in liberal society, as this society is more feminine than masculine (whereas it should preferably be the opposite). This may sound surprising to those who think of contemporary society as at least in part patriarchal. Femininity, according to Peterson, confuses men through the awakening of strong sexual feelings. Women are at first not seen by men as “actual women”, but as the embodiment of a “judgmental ideal” (4). Chaos literally lies in the “eternal feminine”, as opposed to the stability of “spoken truth” and anti political correctness that rooted in masculinity (3). This confusion of sexual power and distraction, leading to a fear of being judged or rejected by women results unwittingly in a chaotic environment – for men. Since women are allowed to express this sexual power freely, for example through wearing makeup and high heels in the mixed workplace, there is a lack of responsibility leading to this chaos, which in turn encourages male colleagues to behave in a way that leads potential sexual assault (5). In short, the absence of responsibility in combination with the abundance of freedoms (feminine) result in a psychological chaos that can only be restored to a natural order when responsibility is taken for them (masculine) through the 12 rules Peterson proposes (6):

The rule about petting cats is more in reference to when you feel down and confused – you should embrace the kindness of the world. For example, by accepting the random affection of a passerby street cat. Through these 12 rules it becomes apparent that indeed, 12 Rules For Life: An Antidote To Chaos is in the end written as a quite philosophical step-by-step self-help guide for individuals feeling distressed in contemporary society (3).

Personally, I do not absolutely disagree. The part about taking responsibilities that come with certain freedoms (i.e. the freedom of expression), lest there will be an imbalance, can be argued for. Peterson in a nutshell and maybe more so as part of the PR for his new book, seems to reason for extreme, perhaps irrational, and most definitely controversial lines of thought. But when reading his actual work, rhetorically, it often seems rationally thought out. This may explain the differences in reception of his book. In my opinion, there are two major flaws that undermine Peterson’s worldview: issues with generalisation, and issues with philosophical reason.

For a professor in clinical psychology, it is not unexpected that a high level of generalisation comes into play in Peterson’s arguments and conclusions.

However, it must be acknowledged that Peterson assumes all humans to be heterosexual, even though some (controversial) neurological research, for example, by Dutch scientist Dick Swaab has confirmed that homosexuality can be scientifically understood (7). Further, in the assumption that all humans are straight, Peterson also seems to assume that -all- men are technically attracted to -all- women, leaving personal and individual preferences completely out of the picture. In addition, I feel the representation of the feminine and the whole of women is quite empty, almost like a blank slate where women have no agency and no control over their position in the world like paper dolls in a chaotic hellfire that they themselves incidentally and inevitably have created (merely through acquiring more freedom than being home-bound and male-dominated). Furthermore, the sexual urges of women are completely and conveniently omitted. Both of these assumptions (blank slate with no agency and no sexual feelings) are part of a rhetoric that is all too familiar and absolutely fundamental to classical patriarchy with some Western Judeo-Christian influences on the side.

When it comes to Peterson’s philosophical reasoning, the greatest flaw lies in his lack of sufficient support to uphold his worldview.

For example, the argument as to why men are naturally more responsible than women, and thus the answer to a more stable world, is not too well constructed. This follows from the illogical idea that women are naturally irresponsible: when there exists a gender-based dichotomy in which women are submissive to dominant men, and are ‘naturally’ predestined to take care of the children,why are women not credited with the lots (if not all) of the responsibility they take on in raising these children?

Further, there appears to be one massive rhetorical flaw that immediately dismisses Peterson’s work on the grounds of scientific accuracy: it is limited to such an immovable set of premises that it is nearly impossible to argue against him. This is known as a ‘sophism’, the same sophism that disqualifies Freud from being an actual scientific part of psychology (his assumptions can also not be checked due to his unverifiable premises of the existence of the id, ego, and superego). With Peterson, there is the immovable and untestable assumption that the human psyche and reasoning behind human action is indeed motivated by a neuropsychological and biological archetype that defines ‘men’ and ‘women’. The entire field of neuropsychology has not yet been able to conclude this with utmost certainty, so it is remarkable that Peterson seems so sure of it. To me, there must be more to the human psyche than hormones and sexual urges (that are in need of ‘responsibility’, according to Peterson) – although that interpretation is completely up to the individual, as there is no definitive answer to what the human psyche consists of, summing up the issue of Peterson’s work being so guided by presupposed actors.

Overall, I encourage everyone to construct their own worldview with the bits and pieces that they encounter along the way. You are free to believe that the chaos of today’s post-modern, liberal society being plagued by an imbalance between freedoms and responsibility is to blame on women’s display of sexual attraction in the workplace – but, indeed, be sure to take your responsibility for the backlash you will likely receive, and lack of independent women you will attract. If this article has made you feel a little confused, be sure to reply to me by getting in touch with our Tabula Rasa team!

Finally, I would like to leave this world with only one message: try to dominate my self-created chaos now, Peterson!

(6) Explained in the following playlist by Peterson himself in an interview: https://www.youtube.com/watch?v=Uq3Fh2eQ9Ls&list=PLIe06ZXqYfYC99vreeHm5lq0AX9KVz7Jc

Amée Zoutberg, Class of 2018, is a Sociology and Politics major from Amsterdam, the Netherlands