What is it Like to be a Female DJ? 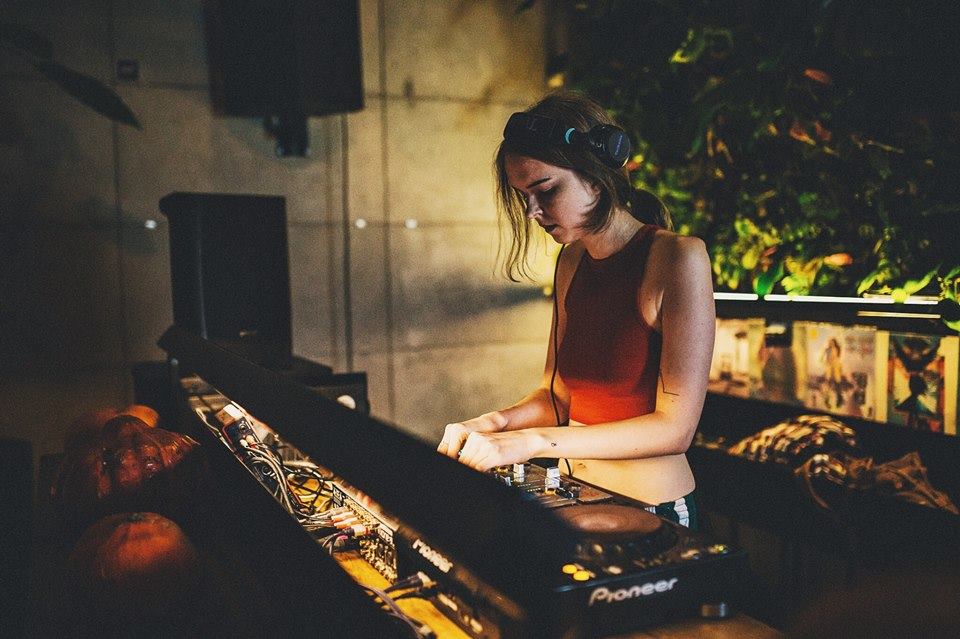 Andy Warhol once said, “in the future everybody will be world famous for fifteen minutes”. It seems Polish female DJ artists are finally getting their time in the limelight. Even though the music industry is still dominated by men, the girls are doing a commendable job, spreading their influence not only thoughout Polish clubs, but worldwide. So if you like good music and crazy Warsaw party vibes, turn on your speakers, put on some Joris Delacroix, sprinkle your cheeks with glitter, and read the following interview with two powerful DJs from the East.

ZuzaOK is a young DJ, who also loves tattooing people on the side. Together with Neen Nah and Bubblegun, she has created a crew called International Girls DJ’s. Zuza plays in clubs such as as Niebo, Miłość or Nie Powiem.

Tosia Gębarowska is a beginner DJ from the Polish Tricity. She performs at her friends’ parties, plays in club Niebo, and from time to time provides funky vibes to boys in local skate parks.

Martyna Małysiak (MM): How did you get into DJing?

ZuzaOk: At a certain point in my life, I got inspired by a male DJ who I had been a fan of for a long time. I decided to sign up for a line up at his party, just for fun, and that’s how it all started. 🙂

Tosia Gębarowska (TG): For me, the idea was born about two years ago. I’ve always been interested in it . . . playing in clubs, making people happy, and publicly doing what I like. My greatest inspiration was Nina Kraviz, and a few other DJs at the time that were playing music that was a little more electronic.

MM: Do you think that being a female DJ in Poland is somehow more difficult than being a male DJ? Nina Kraviz always says that the DJ world is dominated by men, have you experienced this?

ZuzaOK: Of course it’s dominated by men, but I think that actually makes it easier for us girls in some ways. Because there are not a lot of us, we are interesting to people. Yet there are different levels  of discrimination – some people still find it difficult to believe that a girl can connect the equipment by herself, and distinguish between two cables (wow, awesome). When something goes wrong at the party, it often happens that they call on the guys to ‘help’ because it is assumed that their gender automatically made them more familiar with my work than me. People still don’t seem to get that the girls really understand DJing, both musically and technically.

TG: In my opinion, girls can play just as good as the guys. In fact, the overriding criticism that “there’s nothing hard about DJing” is often directed to DJs as a clan, regardless of gender. It is well known that as a DJ, it is impossible to play in such a way that everyone likes, yet any complaints by the audience are often taken out on the girl at the party. The DJ world is dominated by men, practically completely, and I know very few girls who have not experienced this firsthand.

MM: What was the best party you ever performed at?

ZuzaOK: I had several good events. What they all have in common is the people. I loved playing in Szczecin, during the Oh Papi events. The atmosphere there was exactly what I was hoping for, that’s the best feeling. I also had a really nice experience in Krakow, in a club called Prozak. I remember that I was pretty stressed about the party, because of the line up, however, it turned out great, and I got a lot of praise from colleagues. In addition, in any party, when there are friends on the dance floor, it’s automatically fun! I often take into account who comes and choose music for individual people based on what they like. It’s inspiring for me.

TG: My best event took place in Niebo (Heaven) when I had the opportunity to play there. I played for an hour, and enjoyed every minute of it. When I choose music for parties, I do not look at what is currently on the top of the charts, or stick to what my friends and I listen to. I keep in mind that I cannot only play house music or old rap, so I try to mix things up.

MM:  ZuzaOK, in addition to being a DJ, you are also a known tattoo artist. How do you see these two lines of work intersect?

ZuzaOK: I would say that I am more known on Instagram as a blogger, not a tattoo artist, although I am working on reversing this, haha. I think that there is not much connection between these two professions, and there is no point in looking for one. I tattoo because I like to tattoo, I play because I like to play, and that’s it. I could never decide on one occupation in my life. I had two specializations in the university, and they too had nothing to do with each other.

MM: Where do you see yourself in 5 years?

ZuzaOK: I have no idea, I rarely plan anything. It would be nice if I am healthy and in love, as I am now – I do not need more to be happy.

TG: I would like to go to the United States to learn and further develop my abilities as a DJ.

MM: What are some places in Poland young people from all over the world can visit to have a good time and experience some unforgettable (or not) moments?

ZuzaOK: I know the most about Warsaw, because I come from there, and live there now. Clubs change, but at the moment you can most often see me in Niebo (Heaven) or Miłość (Love). I also like to play at Jasna 1, and Koszykowa 55 has interesting parties. In other cities, the already mentioned Prozak 2.0, Zet Pe Te in Krakow, Mewa Towarzyska in Sopot, Magazyn w Katowicach, SQ, and Projekt LAB in Poznań are all worth a visit. I am certainly forgetting about something, but this is what comes to mind for now.

TG: I think that people who come to Poland for a party should choose Warsaw or the Tricity. In Warsaw, I can recommend the Sketch Nite club, Niebo, or Miłość. I always have fun there, and have yet to have a bad memory from those places. I do not personally like partying in the Tricity, but I can recommend Sfinks700 and Protokultura to people who want to have fun and meet lots of new people.

Martyna Małysiak, Class of 2018, is an Art History, Theatre and Media, and Philosophy major from Bielsko-Biała, Poland.