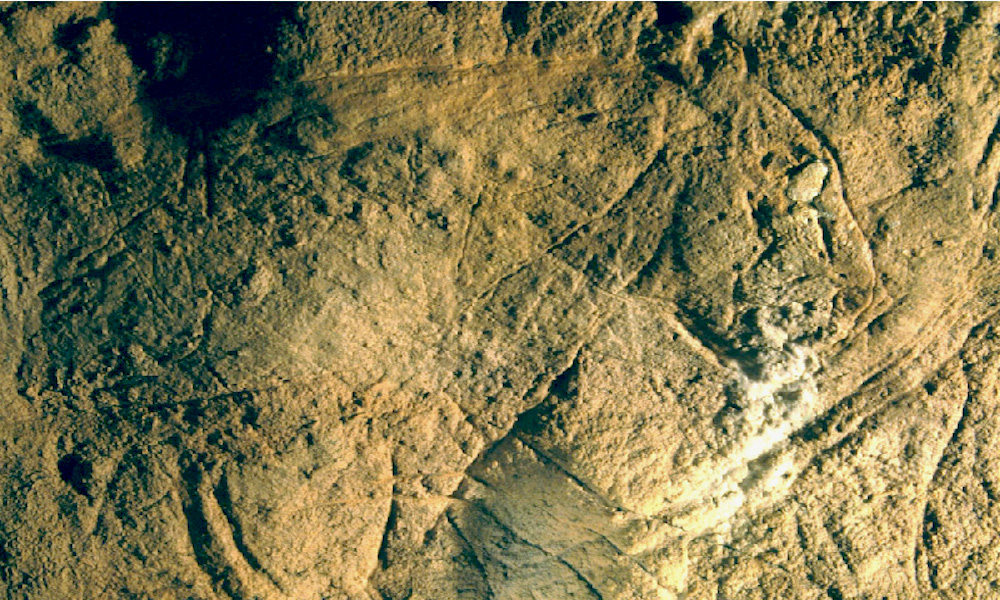 I’m fortunate enough to live both in the French South-East, in Provence, with all the sun it has to offer, and in the South-West, near Bordeaux, with its rain and beautiful prehistoric caves. This is for all of my non-claustrophobic peeps who do not mind dark, damp and cold places. In exchange for your boldness, you’ll be rewarded with incredible paintings and engravings- some dating back 35,000 years.

Let’s begin with the cave of Rouffignac, which I visited when I was small, and absolutely loved – although it also scared the living daylight out of me. You go in on a little train that looks like it’s about to break apart any minute, it creaks, and when you’re still a child, it sure feels unsafe. One memory that stuck with me is that of a gaping hole in the ground, darker than the obscurity of the cave, which I thought was very impressive. To what extent that memory is caused my imagination acting up, or an actual real memory, I could not tell you. Rouffignac is a massive labyrinthic cave, nicknamed the “mammoth cave” due to its impressive drawings of mammoths etched on its walls. The cave is located in Périgord (Aquitaine), near the town of Rouffignac-Saint-Cernin-de-Reilhac, hands down one of the most beautiful regions of France.

Another cave that you just have to check out would be Les Combarelles, known for its remarkable 800 engravings from the Magdalenian period (roughly between 17, 000 to 12, 000 years BCE). This cave was discovered in 1901, with previous explorations at the end of the 19thcentury, and is definitely a prehistoric treasure. With so many of the most important and resourceful caves closed to visitors due to conservation issues, making sure we preserve what heritage we can is crucial. The most frequently painted motifs in Les Combarelles are horses, but the most well-known ones are the reindeers and the lioness, as well as anthropomorphic figures. All in all, it’s an absolute must see if you find yourself in Dordogne.

The most famous of all French prehistoric caves is without a doubt Lascaux. Discovered in 1940, the original cave is unfortunately too sensitive to exterior factors to be opened to visitors. The great “Salle des Taureaux” or Room of the Bulls figures amongst some of the most renowned prehistoric motifs. In 1983, an artificial replica, Lascaux II, was first opened to the public, followed by Lascaux III in 2012, a “nomadic” version of the cave. I would recommend visiting Lascaux II first, and then Lascaux IV (opened in 2016), just because you’ll have more time to actually enjoy a tour of the different paintings depicted, whereas the visit of Lascaux IV is little bit rushed. One thing worth noting, though, is that the atmosphere is going to be very different from the real cave; it’s definitely not as charged with history and memories, but if your aim is to see prehistoric paintings, then go for it.

I’ll end this article with Font-de-Gaume, discovered in 1901, right after Les Combarelles, and equally as beautiful with its variety of paintings and engravings. Like Rouffignac and Les Combarelles, its importance also lies in the fact that it is one of the last French prehistoric caves still open to the public. Located near Eyzies-de-Tayac, a small town around which countless prehistoric caves have been discovered, Font-de-Gaume is the last cave with polychromatic paintings still visible today. The cave hosted both humans and cave bears, and is a true archaeological gold mine when it comes to Paleolithic studies.

I cannot leave you without some (very) honorable mentions: Chauvet, in Ardèche, also has its own replica, and is yet another must-see; Cosquer is unfortunately still under water and the rise of sea-level is not going to be of much help; Pair-non-Pair and Pech-Merle, as well as Arcy-sur-Cure, are other caves worth seeing if you’re ever in the region.

Alice Fournier, Class of 2020, is an Art History and History major from Aix-en-Provence, France.

Do you have any questions about Tabula RASA? Please feel free to send us an email: tabularasa@ucr.nl
Arts & Culture