The Four Freedoms are coming to Middelburg: Meet Leoluca Orlando and Religions for Peace 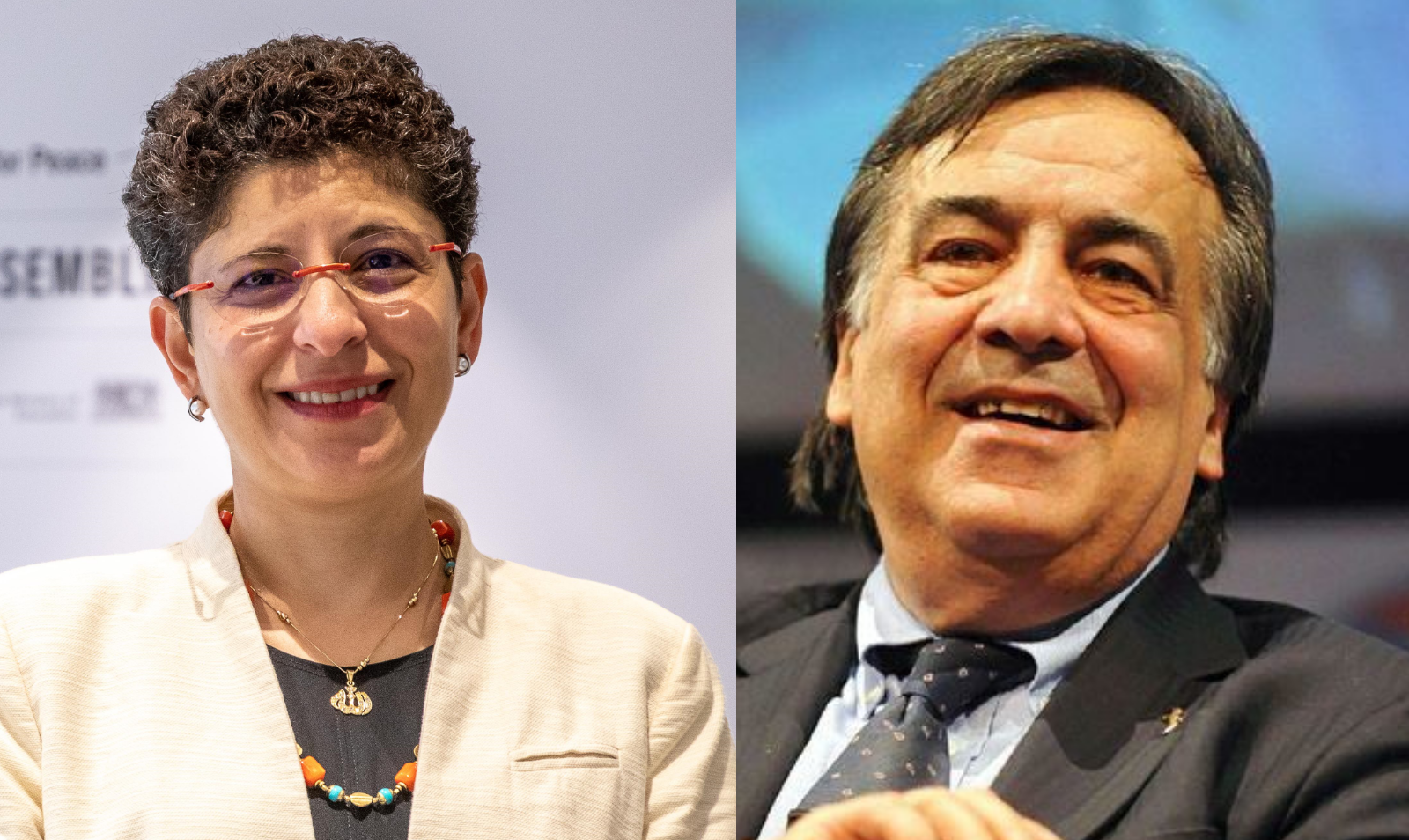 In this series of articles, we are discussing the laureates of the 2020 Four Freedom Awards which will be held April 14 in Middelburg.This week’s laureates are: Leoluca Orlando (Freedom from Fear) and Religions for Peace (Freedom of Religion).

Leoluca Orlando will receive the price for Freedom from Fear as a recognition for his fight against the Maffia and his dedication to the rights of migrants.

Born in Palermo, Sicily, Orlando (1947) studied Law at the University of Palermo. He started his political career as the legal advisor of the president of Sicily at the time, Piersanti Matteralla. Together, they attempted to curb the power of the Maffia through several reforms. As retaliation, Matteralla was killed by the Maffia in 1980. The next year, Orlando decided to become a council member for the city of Palermo. Five years later, he was elected mayor. This period is known as the ‘Spring of Palmero’, in which Palmero broke the tradition of corruption and Maffia-influence. He received many threats as a response to his open resistance against the Maffia’s power in Sicily.

In 1993, he was re-elected as mayor with 75% of the votes. During this time, he attempted to restrict the Maffia’s power again. “First of all we had to get rid of the mafia bosses,” Orlando said in an interview with The Guardian. “Many of them continued undisturbed, sitting comfortably in their luxury homes in the centre of Palermo planning homicides and stuffing their pockets with the mountains of cash from drug trafficking.” Special laws against Maffia bosses and their workers became stricter, after which many workers became informants in exchange for a lower sentence. He also started programmes at school to fight the Maffia’s cultural power. This is why this period is known as ‘the Palermo Renaissance’. The next year, he was elected as a member of European Parliament. Since 2012, he has been mayor of Palermo once again.

Nowadays, Orlando is the most famous mayor of Italy. He supports freedom of movements of migrants within the European Union and argues in favour of abolishing residence permits, because it forces many migrants to live somewhere illegally. This makes migrants vulnerable to exploitation and exclusion. According to Orlando, current EU migration policies are promoting organised crime by creating illegal migrants in the first place.

All migrants that arrive in Palermo have the right to go to school, access to medical care, and the right to work after they have live in Palermo for two months. Every time a ship of migrants arrives in Palermo, Orlando comes to greet them. ‘Welcome,’ he says, ‘the worst is over. You are citizens of Palermo now.’

Religions for Peace is an organisation that is committed to promote the collaboration between different religious communities. It was founded in 1970 and will celebrate its 50-year anniversary this year.

Freedom of Religion is one of the core liberal freedoms and is often considered self-evident. Yet, this basic freedom depends on the tolerance different religions have towards each other. Religions of Peace is not a passive guard of this freedom, but is actively involved in promoting mutual tolerance. Every five to seven years, a ‘World Assembly’ is held, in which a multitude of religious leaders come together to conduct a dialogue about modern issues that are affecting the world. The tenth World Assembly took place in 2019 in Germany.

One of the areas in which Religions for Peace is involved is negotiation in conflict situations and reducing tensions between different ethnic groups. The organisation helped with the reconstruction of Bosnia-Herzegovina after the Balkan wars in 1995. They have also supported religious leaders in Syria in providing humanitarian help in the civil war. In Burundi, the organisation supported the population to remedy citizen violence by helping to find solutions for many disputed land plots. Additionally, they have started programmes for local religious leaders to stop female genital mutilation.

Religions for Peace stands for a long tradition of religious tolerance. By bringing together different religions, they contribute to the guarantee of freedom of conscience in a unique way. This collaboration also forms the way in which religion is practised. Consequently, Religions for Peace does not only ensure freedom of religion, but also creates positive changes in places where it is most needed.

The current secretary-general of the organisation, Prof. Dr. Azza Karam, will receive the Freedom of Religion prize on the 14th of April. She is currently a professor in the domain of Religion and Development at the Free University of Amsterdam.

Elise Renkema, Class of  2020, is a Politics and Law major from The Hague, the Netherlands.